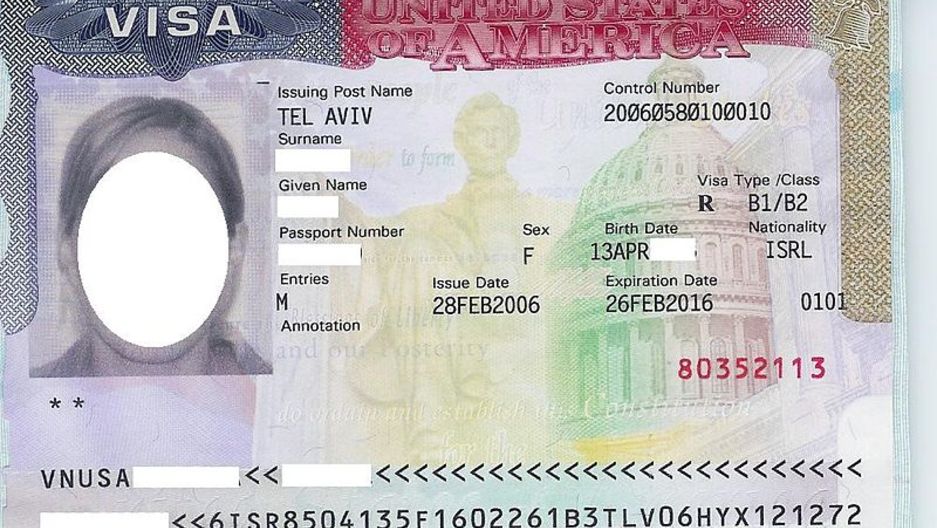 H1-B visas are granted to foreign nationals coming to the United States to work on a semi-permanent basis, unlike the B visa, pictured, which is only for temporary work or for pleasure.

A lot of political talk in recent days has focused on outsourcing. Specifically, did Mitt Romney manage Bain Capital while the equity fund was shipping jobs overseas?

For many American companies, outsourcing has become a standard practice because lower cost countries can provide cheaper labor. But America's own immigration system might also be contributing to outsourcing.

In fact, the same companies that often outsource jobs have also come to rely heavily on bringing workers into the United States from abroad — at significantly lower pay.

H1-B visas are only available to skilled workers coming to work at a specific job in their field in the United States. So it seems exactly the opposite of offshoring, but in many ways they're inextricably related, according to WNYC reporter Ban Bradford.

"It's really a premiere way the tech industry, for example, brings in foreign talent," Bradford said. "We took a look at who the top applicants for this program are, and it turns out it was outsourcing companies. These are companies, mostly in India, that do the work for the U.S. companies when they ship jobs overseas."

Rather than higher locally, though, those companies, like Infosys usually ship in foreigners, who will do the work for cheaper, from U.S. offices.

"These are the largest applicants for H1-B visas," Bradford said. "We looked at the top 10 applicants from Labor Department data last year. Eight of the top 10 were outsourcing companies."

The whole idea of the program is to bring in "the best and the brightest," Bradford said. Computer programmers, engineers and the like. The tech industry, in particular, is struggling to find enough qualified Americans to fill some of those roles, and this is a way to bridge the gap.

But tech companies say they're having a hard time securing enough H1-B visas to fill all the positions they have.