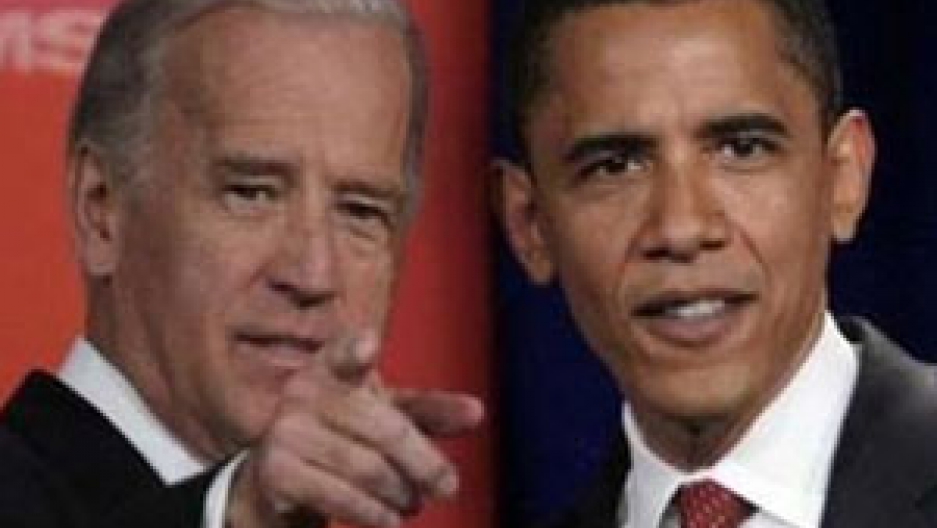 This week President Barack Obama is visiting Ohio and Pennsylvania, two states that are already pegged as crucial swing states in the 2012 presidential election.

But although these two states are getting the majority of the candidates' attention, there are many states that could go to either candidate.

Anna Sale, a reporter for WNYC's It's a Free Country, says there are at least eight states that could wind up in either candidate's column, come November.

Obama has been campaigning in Ohio on the strength of the auto industry bailout, which Republican candidate Mitt Romney had criticized in 2008, but then took credit for in May of this year.

"His message primarily was 'jobs, jobs jobs,' " Sale said, "and that 'jobs aren't coming back fast enough, but I am the leader to make more jobs come back.' "

Florida is going to be just as tight of a race. A recent poll shows Obama leading Romney by 1.3 percent, well within the poll's 3 percent margin for error.

From that uncertainty, the campaigns have built plans to win over western states that could go either way — states like Colorado, Nevada and New Mexico.

The demographic shift in the west, especially in Nevada, will likely give Democrats an edge in that state, Sale said.

La Raza, a prominent Hispanic civil rights group, is having its annual conference in Las Vegas this weekend. Vice President Joe Biden is scheduled to make an appearance.

North Carolina, on the other hand, is moving in the opposite direction.

"President Obama won that state (in 2008) by just a sliver, and it's looking like it's moving from a toss-up state to a lean Republican state," Sale said.

At the state level, the legislature has been actively pursuing Republican policies, including an overriding of Democratic Governor Bev Purdue's veto of a budget that strips Planned Parenthood of funding. Democratic Representative Becky Carney did her party no favors when she accidentally voted to override the governor's veto of a bill to allow shale oil exploration, or "fracking."

Iowa and New Hampshire are two more states that are going to be toss-ups come November.

"We're trying to get a sense of what people are saying in these key voter demographics," Sale says.