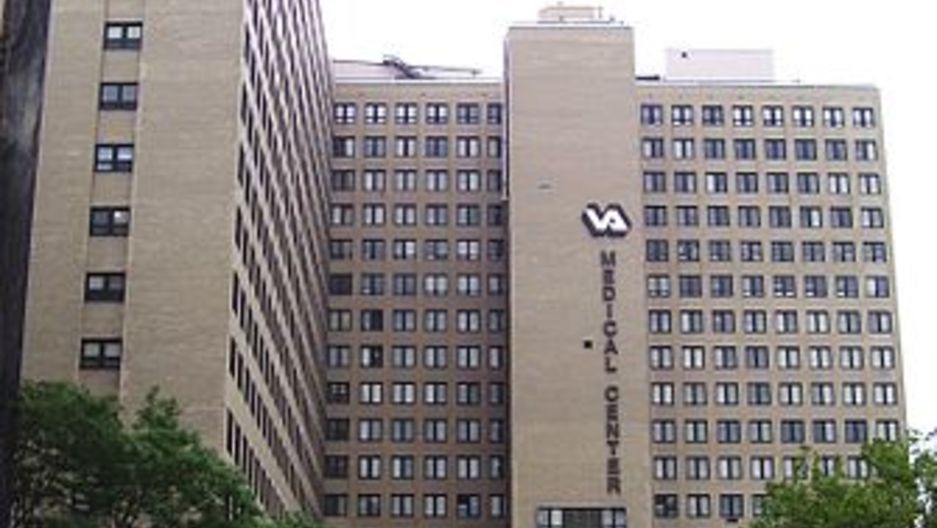 The VA Medical Center in Manhattan. (Photo from Wikimedia Commons user Beyond My Ken.)

Each month, there are 950 suicide attempts by military veterans receiving treatment from the U.S. Department of Veterans Affairs, according to a report from the Army Times.

Some 11 percent die in their attempt. Now there's reason to believe some soldiers might not be getting the treatment they need.

Jacob Manning is a former soldier who, after his military service, attempted to hang himself with an extension cord in his garage. After the cord broke, he decided to call a friend who told Manning to seek help from the VA. He was unable to receive the treatment he sought.

"I called the VA, and they asked me what had happened, and I explained to them," Manning said, "They told me that they closed in an hour."

Manning's story may not be as uncommon as the VA claims. A recent investigation from the VA Inspector General revealed that the department's claim of 95 percent of new patients receiving treatment within 14 days may be an overstatement. Nearly half of the veterans seeking mental health care wait for periods exceeding the VA's two week goal.

Scott Swaim is the director of veteran services at Valley Cities Counseling and has worked with many troubled soldiers. He believes the Department of Veterans Affairs's reaction to Manning's call is indefensible.

"You know, the thing with any service with the veterans that come to your door, I mean, you're supposed to help them right now and provide what they need, and unfortunately in this situation, it didn't happen," Swaim said. "For Jacob, you know, it takes a lot of courage to do what he's doing, is telling his story so this doesn't happen to anybody else, but it's outrageous. There's no way you can defend that."

Swaim thinks, though, that the VA has improved many of its practices recently, including changing the title "Veterans Suicide Prevention Line" to "Veterans Crisis Line." He said that veterans seeking help may need to force the issue.

"Veterans have to advocate more for themselves. One of the things that happens with vets is when you get out the military, you're not used to advocating for yourself to get this help. And the thing (they) really have to do is be more of a self-advocate. And families need to just go there and say, 'Look, I've earned this sevice. I need this service. You need to provide it.'" he said. "There's great doctors, there's lots of people there. Unfortunately all we hear is the negative stories. You don't hear a lot about the positive stories where veterans are getting help."

Manning said he was told by the director of the VA in Columbia, Mo., that the reaction to his call may have been a misunderstanding as a result of a busy work day. According to Manning, he was able to see someone at his VA center the day after he was turned away.

"And I will say one thing. The Columbia VA, their mental health is wonderful, and once I got in, they took care of me. And they did a lot, and a lot of that goes to their director, Dr. Hemme, who went above and beyond in this situation to try to find out what happened," Manning said.

Swaim said the VA needs more people who recognize that services for veterans seeking help need to be immediate. He said it takes time to change the system because of its size. It's the second largest department in the U.S. governement, employing nearly 280,000 people.

Veterans seeking help from the U.S. Department of Veterans Affairs can find information at the agency's mental health website.