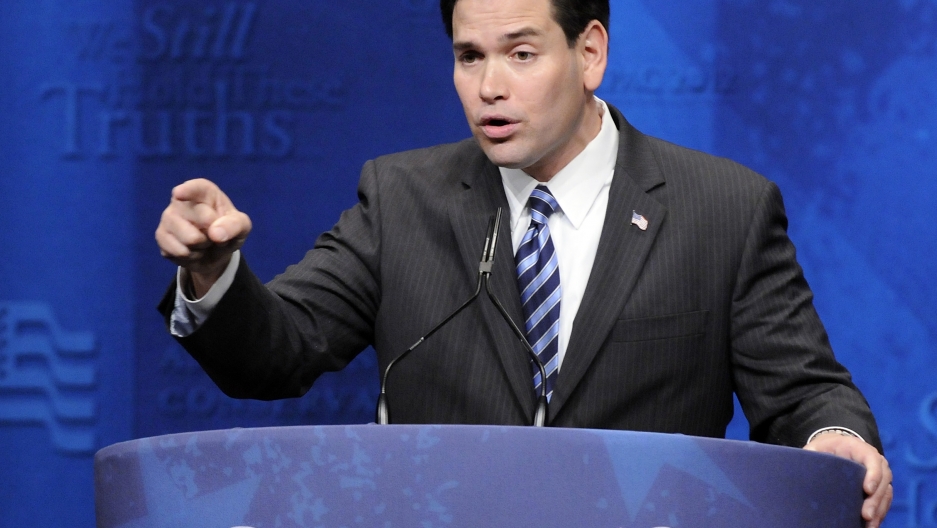 Mitt Romney's quest for the White House got another boost on Wednesday when Fla. Sen. Marco Rubio endorsed him as the best Republican running for president.

The endorsement came on a Fox television show "Hannity." Romney has pushed himself out to a comfortable lead in both national polling as well as delegate count. According to a RealClearPolitics.com average of national polls, Romney has built a 10-point lead on his top rival, Rick Santorum. Romney enjoys a slightly more than 300-delegate lead over Santorum in the delegate count too and needs to win slightly less than half of the remaining delegates to get a majority in Tampa.

Rubio, in endorsing Romney, said he thought it was time for the Republican Party to rally behind a single candidate.

“We’re at a stage now where at least two of the candidates have openly admitted that the only way they’re gonna win the nomination is having a floor fight in Tampa,” Rubio said.

That would be Newt Gingrich, as well as Santorum, who have stated their goal in remaining in the race is to try and keep Romney from reaching 50 percent of the delegates and then going into the convention and fighting for the nomination on the floor.

Rubio said Wednesday night he wasn't buying the viability of a candidate whose only hope of victory was such a floor fight.

"I think that’s a recipe to deliver four more years to Barack Obama, and our country — forget about the Republican Party — our country cannot afford that. We have got to come together behind who I think has earned this nomination, and that’s Mitt Romney," Rubio said.

Rubio is widely believed to be the front-runner to receive the Republican vice presidential nomination from any candidate, but especially Romney now that he's given him his endorsement — just the latest endorsement for Romney who's also picked up endorsements from Jeb Bush and House Majority Leader Eric Cantor. Rubio, for his part, said he didn't expect to be asked to be the vice presidential nominee because it wasn't what he wanted, he said.

But still, he heaped praise on Romney and his chances of beating Obama.

"He offers, at this point, such a stark contrast to the president’s record,” Rubio said on the Hanity show. “In Mitt Romney, we have a candidate, an alternative, that in addition to being successful as a governor, running an important state in this country, has also been successful in the private sector and offers a very clear alternative to the direction this president is going to take our country.”

Romney thanked Rubio for his endorsement in a tweet and a statement from his office, calling it a major milestone for his campaign.