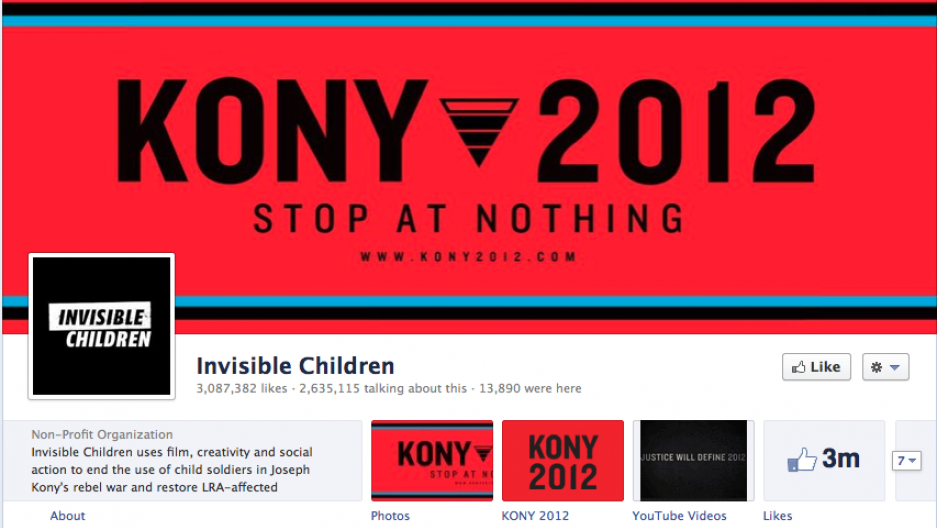 But are these methods really effective?

Many are saying it's unlikely that people's anger will actually turn into a real solution to the problem. They're also critical of the video itself, which they say misses the point entirely.

Odds are, if you’re a Facebooker, a tweeter, or simply an internet peruser, some might consider you a "slacktivist". A combination of slacker and activist, slacktivism commonly refers to passive, feel-good measures taken in support of an issue or social cause that, in reality, have little practical effect other than self-satisfaction. The term has been uttered over and over again in the wake of the mega-viral "Kony 2012" campaign.

NYU Social Media Strategy Professor Marcia Stepanek said the critique of KONY fervor as slacktivism is correct, but not central to the question of social media's power.

"The fact that barely committed actors cannot click their way to a better world, doesn't necessarily mean that committed people cannot use social media effectively," she said. "As we've seen with recent online actors protesting the Komen Foundation's attempt to cut off funds to Planned Parenthood, or the Internet firestorm over Rush Limbaugh's recent incendiary comments about a Georgetown University student, or even with the Stop SOPA movement to preserve Internet freedom — committed actors, everyday people with access to influential social networks, can use social media effectively. Not as a replacement for real world action, but, as a way to coordinate."

Michael Hoffman, CEO of See3, an interactive communications agency specializing in online campaigns and video production for nonprofits and social causes, agreed that the KONY video was incredibly effective.

Stepanek said that the concept of slactivism is not only naive, it's a little condescending.

"I think these people are not slacking, they are new to the sector. Slacktivism is a term that many in the establishment aid sector often use to dismiss the importance of new actors — people not previously allowed in before the Internet and social media lowered the barriers to participation," she said.

"Rather than dismiss these new players, there needs to be a more studied conversation and analysis of the situation here. It's not just 'click-and-give'. Many of these people are coming to the table for the first time and this will be their gate of entry," Stepanek said.

Although the effectiveness or ineffectiveness of the campaign is still unknown, Stepanek said KONY 2012 has the potential to truly engage people in a way other media can't.

"I've also seen with KONY 2012, that people beyond clicking 'like', are actually making videos of their own to share with other people. People don't just want to watch awful things. They want a world in which there is a way to engage, and I think social media certainly give people the tools to do this," she said. "This isn't just a video to incite interest. As social networks mature, these things are being used to activate people beyond just clicking and 'liking'."

Hoffman understands the potential social media has to engage online activists, but also said there are potential downsides.

"Think of this as a ladder of engagement, where slacktivism is the first rung on the ladder and you can get deeper involved. If there aren't any more rungs on the ladder — if that's all there is, then I think that can be a problem. If we equate awareness with change, that can also be a problem. Awareness in and of itself isn't always change. It's often the first step on the road to change," he said. "Nonprofits must learn how to turn that outrage and the impulse to share something into that impulse to either give or write letters to representatives."

Hoffman urged people to think of the steps they can take after spreading awareness.

"There's lots of things that people can do, but it starts with the theory of a change. What is it that makes change happen, and how can we impact on that? What are the steps that we can take in our lives to make a difference?"