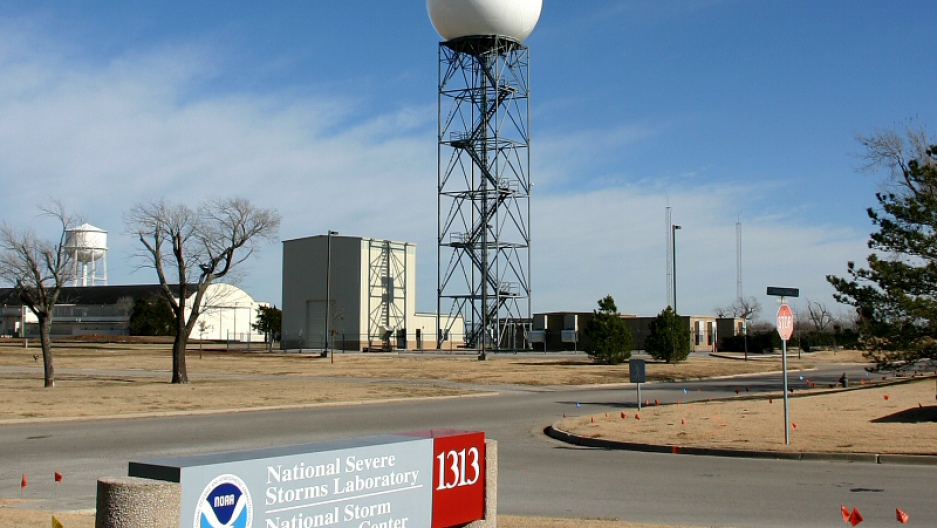 The NEXRAD Radars, like this one in Norman, Okla., are being upgraded this year to dual polarization, which will improve the accuracy of weather forecasting. (Photo by Andrew J Oldaker via Wikimedia Commons.)

A string of tornadoes moved through the south-central and southeastern United States on Sunday.

In Alabama, a state ravaged by tornadoes last year, two people were killed. Hundreds were injured across the midwest, and thousands were left without power. But the death toll is fewer than those killed in a large outbreak last April.

And now, officials in emergency management and from the federal National Weather Service are hoping the rollout of a new radar system — dual-polarization — will improve safety and increase the amount of information available to weather forecasters.

Mark Kelly, public information office, Jefferson Co. Emergency Management Agency, said search and rescue operations are continuing in Alabama. But, because of the warnings that were received, lives were likely saved.

"The National Weather Service as early as yesterday evening had warned us of the potential for severe storms and possible tornadoes," Kelly said.

The new radar system, hopefully, will allow the weather service to be more precise when warning about approaching tornadoes. It's scheduled to be rolled out to all 160 forecast offices in the coming months, though some offices in tornado-prone areas, like Kansas, Alabama, Georgia and Tennessee have already completed the upgrades.

Doyle Rice, weather editor and reporter for USA Today said about 20 locations have been upgraded so far.

"Basically, instead of the radar beam going out only horizontally, and taking a slice of atmosphere with the horizontal beam, this one will be both horizontal and vertical," Rice said.

So, meteorologists will be able to look at a two-dimensional picture of a storm, rather than the one-dimensional look they're used to getting. That should make it easier for forecasters to identify actual tornadoes, rather than false reports, as well as differentiate types of precipitation.

"Almost all the radars, that folks see on their TVs, Internet, mobile devices — it originates from National Weather Service radar," Rice said. "The commercial weather forecasting agencies...then put their own colors and their own signatures on it."

So, in short, the radar you're used to looking at when you want to know whether those clouds are scary, or just scary-looking should also get an upgrade. But that will be a little ways off, at least until sometime in 2013, once the radar is installed across the country, Rice said.