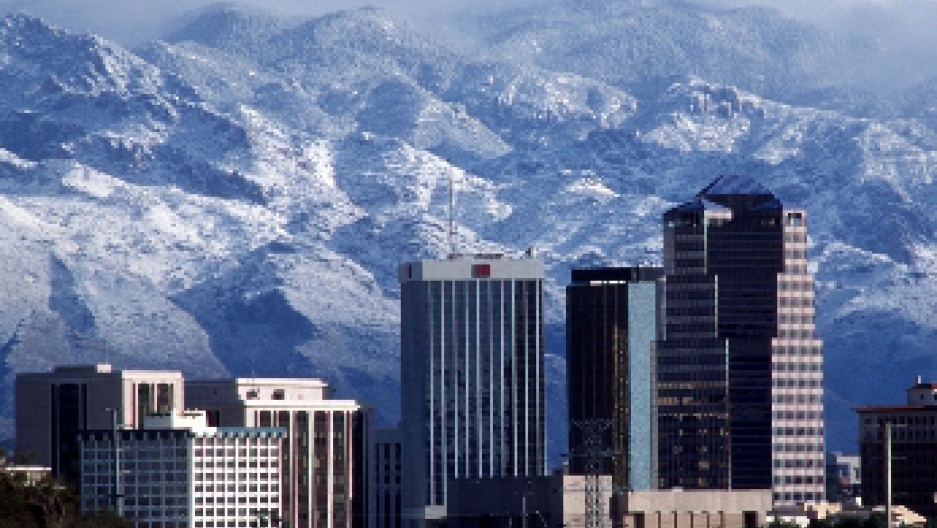 In Tucson, pictured, there's a debate raging over the school district ending its Mexican-American Studies program in the face of an unexplained state determination that it violates state law. (Photo by 24 biggest fan via Wikimedia Commons.)

The administration released a list of seven books teachers would have to remove from their curriculum including "Critical Race Theory" and "Rethinking Columbus: The next 500 Years." Teachers are also being advised to avoid books that address themes of race, ethnicity, and oppression, including Shakespeare's "The Tempest."

Lorenzo Lopez, who teaches history and civics to 11th and 12th graders at Cholla High School in Tucson, said the problem, the dilemma with this new policy is that it's virtually impossible to know where the line is.

"The way this law is written, it is so vague even the school districts are trying to err on the side of caution and are throwing the baby out with the bath water," Lopez said. "They're handicapping us, they're handcuffing us, essentially."

Lopez said the school district is stuck between a rock and a hard place. They were previously found to be in violation of the law, but without real understanding of what they could and could not do.

"They're trying to avoid upwards of $15 million if we do violate this law," he said.

A Tucson school district spokeswoman said the seven books that are no longer being taught were removed because the classes in which they were taught, part of the Mexican-American Studies program, have been suspended.

"The kids, the teachers, the parents who are in those classes are not happy. One hundred kids from a couple of high schools, Cholla being one of them, walked out of class, went to the Tucson Unified School District headquarters last week to protest," Conover said. "The meetings have been full of protesters. Others, whose kids aren't in the program, some are upset and some aren't."

Lopez said his students have been shocked and dismayed that they are being told, in some cases literally, to go back where they or their ancestors came from, if they want to study history and culture from another nation. He said they were also upset by the decision to remove the textbooks from the classroom.

"Maybe they're not burning the books, but to remove them from a class because a student might pick it up? That's ridiculous," Lopez said.

Teachers have been cautioned that there will be increased scrutiny and observation in their classrooms, to ensure they don't inject any banned topics to the classroom.

The standoff involving the Tucson school district hasn't really ended, though it's entered a new phase. After losing a challenge in state court, a group of students and teachers filed a federal lawsuit against the bill, seeking to have it declared unconstitutional.

There's been some talk of a statewide referendum on the legislation, Conover said, though the law has considerable support in areas of Arizona outside of Tucson and may not produce the result desired by protesters.