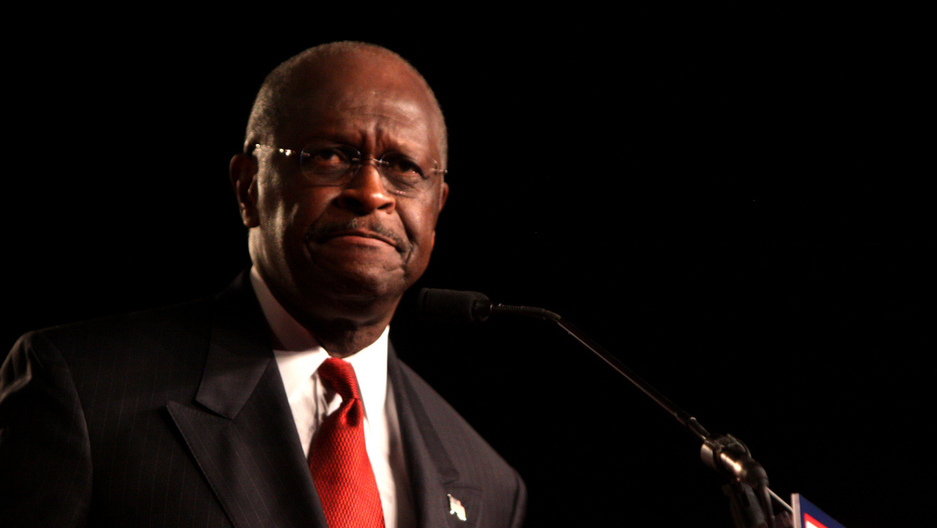 Herman Cain speaks at CPAC FL in Orlando on Sept. 23, 2011. A woman has stepped forward to accuse Cain of having an extramarital affair with her. He denies the charge. (Photo by Flickr user Gage Skidmore, cc-by-sa.)

Cain, who has been accused of sexual harassment by four different women, now faces allegations from an Atlanta woman that the two of them engaged for 13 years in an extramarital affair.

Ginger White, an unemployed single mother, told Atlanta's Fox station that she decided to come forward after being bothered by how the other woman who had accused Cain of sexual harassment were "demonized."

"It was uncomplicated. I was aware he was married. I was also aware I was involved in a very inappropriate situation," White said.

Cain admitted to knowing the woman but strongly denied having an affair with her during an appearance on CNN.

The National Review reported that Cain told senior staff on Tuesday that he was considering dropping out of the race.

According to Todd Zwillich, Takeaway Washington correspondent, White said the affair began after White saw Cain speak at a National Restaurant Association function and Cain invited her back to his hotel room.

"She says that over the course of many years, he would have her travel to different cities where he was speaking," Zwillich said. "She would travel to those cities to meet with him. He would buy her gifts and they would see each other."

Zwillich said Cain went on CNN to discuss his campaign, but decided to get out ahead of the campaign and announce it himself.

"This race has been so volatile, and so many of the candidates except Romney have moved around so much, I don't want to say what going to happen," Zwillich said. "But it can't help."