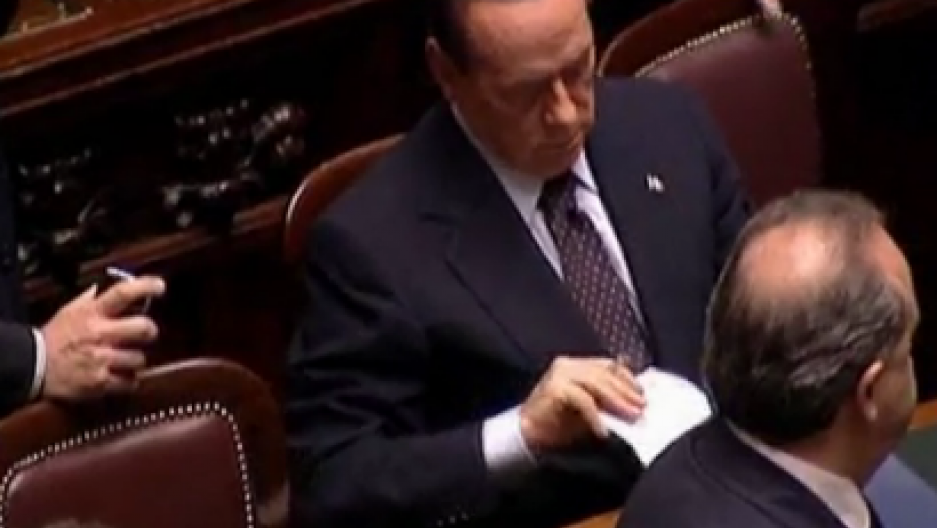 Silvio Berlusconi, the prime minister of Italy who's been dogged by criticisms for years, announced he's willing to resign as he loses his support during Italy's economic crisis. (Photo from CBC video.)

Italian Prime Minister Silvio Berlusconi has resisted attempts topple him until today, when, after seeing his government's coalition fall apart in Parliament, he announced he was willing to resign.

"I think it was Abraham Lincoln who said that you can cheat some people for some time, but you can't cheat all the people all the time," said Giovanni Bachelet, an opposition member of parliament. "I think this is why we're at this point."

Italy is not bankrupt, but it's $1.9 trillion debt and slow growing economy has raised concerns that Italy could become a bigger, more dangerous Greece.

Especially among younger voters, Berlusconi has seen his support evaporate. They call him an embarassment.

So Berlusconi announced he would resign, but with one key caveat: not until economic reforms that have been mandated by Europe pass parliament.

Stock markets had a mixed reaction to the impending resignation.