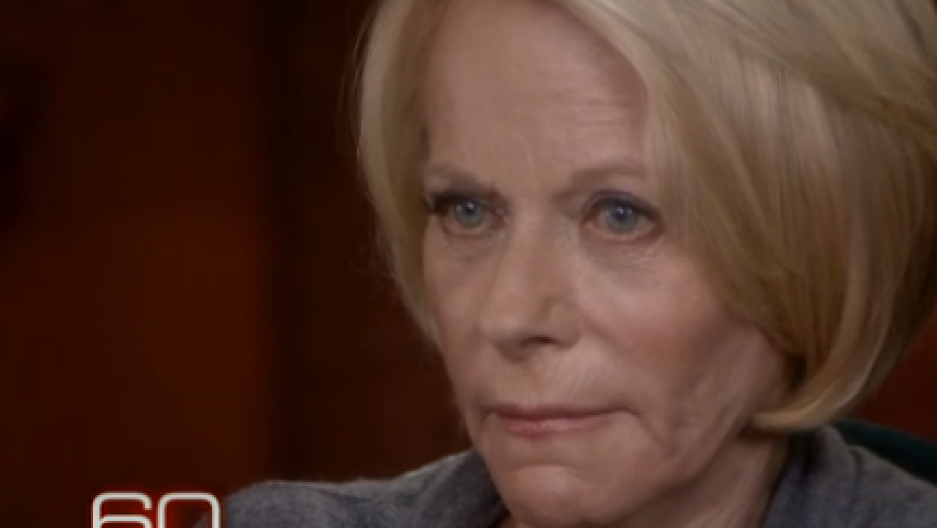 Ruth Madoff, in an interview with CBS 60 Minutes.

It was Christmas Eve 2008 and Bernie Madoff had just admitted to operating the one of the largest Ponzi Schemes, ever.

Bernie Madoff and his wife, Ruth, decided they didn't want to deal with the "hate mail, phone calls, lawyers," said Ruth Madoff in a wide-ranging interview with CBS's 60 Minutes as well as with the New York Times. So they attempted suicide.

"I thought, I just can't take this. I don't know how I'll ever get through this, nor do I want to," Ruth Madoff said in her interview with the Times.

But the next morning, they both woke up. Even that morning, Ruth Madoff said she was relieved. Suicide wasn't really what she wanted.

As part of a publicity tour to promote a new, family biography coming out on Monday, Ruth Madoff is beginning to talk about what it was like in those early days as word of the Madoff scandal got out. Diana Henriques, a reporter for the Times and author of the Madoff book, The Wizard of Lies, talked with Ruth Madoff for the Times. Henriques said she thinks Ruth Madoff is opening up because she's trying to rebuild a relationship with her family that was badly damaged by Bernie Madoff's misdeeds.

In her interview, Henriques said that once Ruth Madoff moved past the suicide attempt, she coped by cutting herself off from the news about the investigation and Madoff's crimes.

"Unlike her son Mark, who just became obsessed with everything that was written about this case, Ruth took the opposite tact. She just sealed herself off from the news," Henriques said. "She was trying to protect herself from that pain."

Mark Madoff committed suicide in December 2010. Bernie Madoff is serving a 150-year prison for his actions.

Are you or is someone you know considering suicide? The National Suicide Prevention Lifeline is available to help 24/7, 365 days a year. They can be reached at 1-800-273-TALK.