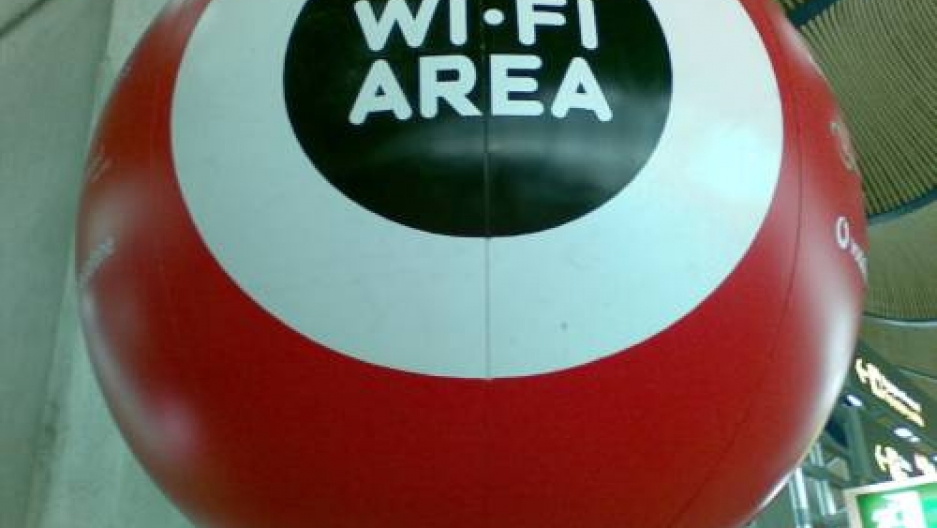 For some Americans, WIFI is more than just an annoyance -- it's a source of health problems. (Photo by Flickr user miniyo73)

For some Americans, WIFI is more than just an annoyance -- it's a source of health problems. Electromagnetic hypersensitivity is a term for a range of symptoms that sufferers feel when they are exposed to electromagnetic fields, including acute headaches, skin irritation and chronic pain. It’s as if they are allergic to wireless technology.

For some, the only solution has been to move to the U.S. Radio Quiet Zone in West Virginia, where no WIFI signal is allowed because it interferes with radio telescopes in the area.

Nichols Fox an author and former journalist, is one of those people who have moved to the region to escape from WIFI. She believes that she's been suffering from electromagnetic hypersensitivity for years.

"I feel pain, it's affected my nervous system -- at least that's what the doctors believe," Fox said. "There's a fatigue that goes with it, you can't imagine how tired you feel -- it's almost at the molecular level. And for me, it's been going on really for 18 years now."

Those symptoms went away when Fox first moved to the Radio Quiet Zone, but have slowly returned.

There is controversy over whether electromagnetic hypersensitivity really exists. Bob Park, a professor of physics at the University of Maryland, says WIFI and microwave radiation isn't "energetic" enough to cause a change in the body's chemistry.

"With all due respect to doctor Park, he's quite mistaken," Fox argues. "There's a long list of articles and survey of scientific studies done on this, and the go back for 40 years. In fact, the U.S. military has known about this, and written about it."