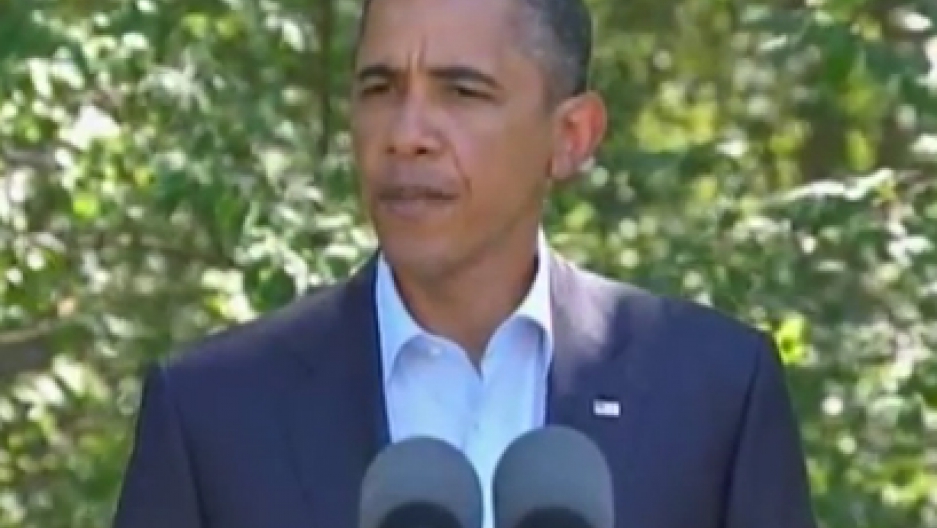 President Obama calls for Moammar Gadhafi to step down in his official statement on Libya on August 22, 2011 (Image: AP video)

With Col. Moammar Gadhafi's rule in Libya seemingly over, President Obama called for him to step down to avoid further bloodshed, as rebel forces continue to fight loyalists in the capital of Tripoli.

Republicans are calling for an even bigger military presence in Libya. It's safe to say that Obama has some difficult decisions ahead, in regard to how the U.S. will be involved in Libya's transition to democracy.

Mark Landler, White House correspondent for The New York Times, is looking at how politics are impacting the Obama administration's Libya policy. Landler says the president feels he can take credit for helping the rebels in Libya accomplish their goal with limited U.S. involvement, but Obama's foreign policy victories will be dampened by America's economic woes come election time.

"President Obama looks a bit like President George H. W. Bush did the year before he ran for reelection," said Landler. "Very strong or reasonably strong on foreign policy but weak on the economy -- and we all know how that ended."