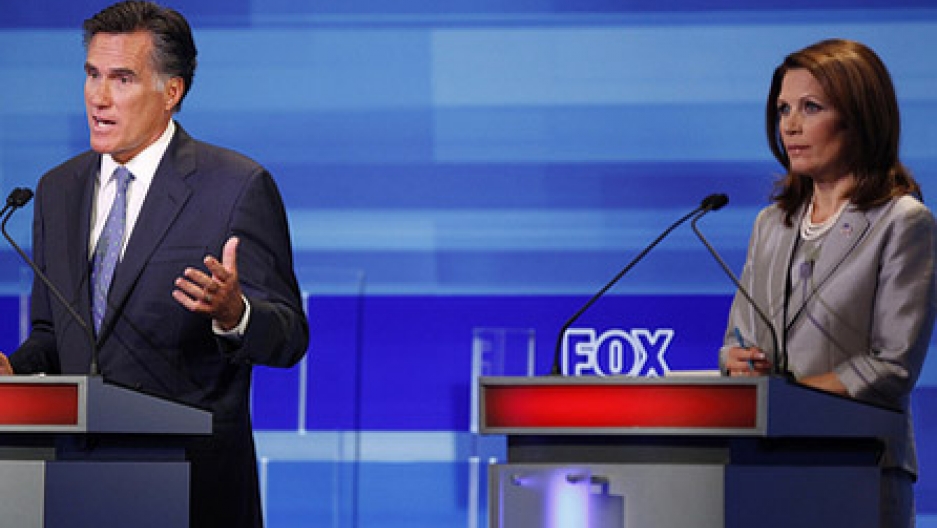 Jordan Fabian, political editor at Univision News, talked to The Takeaway about how the GOP primary might play out now that Rick Perry has joined the race.

"I think that Bachmann and Perry inspire a little more excitement among the Republican base," he said. "So it's going to be difficult for Mitt Romney at a certain point in the campaign to keep people energized about his candidacy."

Bachman was grilled about her social-conservative views as she made the rounds on TV shows over the weekend, but remained consistent in her message around gay marriage, family values and religion. Fabian says her message worked in Iowa, but he isn't so sure about other parts of the country.

"It remains to be seen whether she'll be able appeal to a broader electorate with that message moving forward," he said.

While Bachman emerged the front runner in Iowa, her lead might be short-lived as Rick Perry joins the roster of presidential hopefuls.

This week, President Obama is also in the midwest, on a bus tour of Illinois, Iowa, and Minnesota. He's planning to sharpen his messaging against Republicans on the handling of the economy and jobs creation.