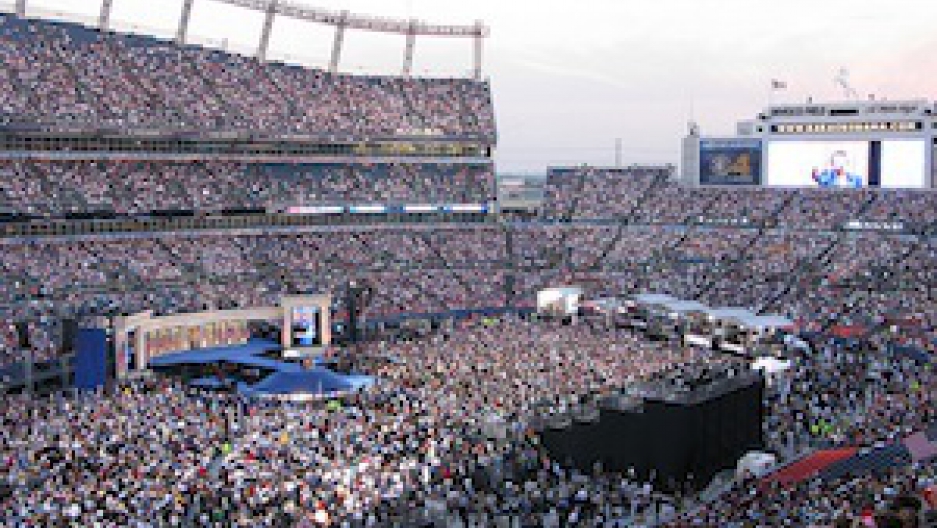 In 2008, Barack Obama raised some $778 million for his presidential bid. The total cost of the national election, including Presidential and Congressional, was about $5.3 billion. Since then, court decisions like Citizens United have made spending by outside groups easier. "In 2012," Dave Levinthal, director of the Center for Responsive Politics told PRI's Here and now, "you're easily looking at 6, maybe even 7 billion dollars nationwide."

Spending by outside groups was about 4 times higher in 2010 than it was in 2006. Much of that can be attributed to new, looser campaign laws. Levinthal explains that "the laws changed in a way that effectively allowed these outside groups to raise and spend unlimited sums of money to say whatever they want, to do it whenever they wanted to, and they could do it in as strong a term as they wanted to."

In 2010, the changes in the laws benefited the Republicans. Levinthal reports that there was a 2 to 1 gap in favor of Republican and conservative organizations as opposed to Democratic and liberal organizations.

"Don't expect that democrats are going to sit on their hands during the 2012 election," Levinthal says. "As soon Election Day came and passed, Democratic organizations and liberal outside groups were saying, 'what were we doing?' 'What were we thinking?' 'Why didn't we use this tool that had been given to us in the way that Republicans did?'"

"The democrats definitely have wised up to the rules of the game," Levinthal says, "whether they agree with those rules or not."

While Barack Obama raised more than a quarter of a billion dollars, Levinthal thinks there's a strong chance he'll break $1 billion in 2012. "If anyone's going to do it," Levinthal says, "it's absolutely going to be him." The money will come from a mix of small-dollar donations, many through the internet, and more traditional ways of fundraising.

The biggest story of the 2012 election could be the outside groups, according to Levinthal. "You have so many different groups that are already today saying that they're going to raise and spend incredible amounts of money -- money that even five years ago would have seemed out of control and outlandish even."

Levinthal points out a political contradction: "You're talking about a couple of billions of dollars [more in 2012] when a lot of people have seen their wages drop, and seen their jobs evaporate, and all the other economic malaise that has taken place."

Voters in swing states can expect to see a lot more advertisements, and many a lot earlier in the election cycle. To do that, candidates will have to raise a lot more money. Levinthal stresses, "The rules of the game have changed."