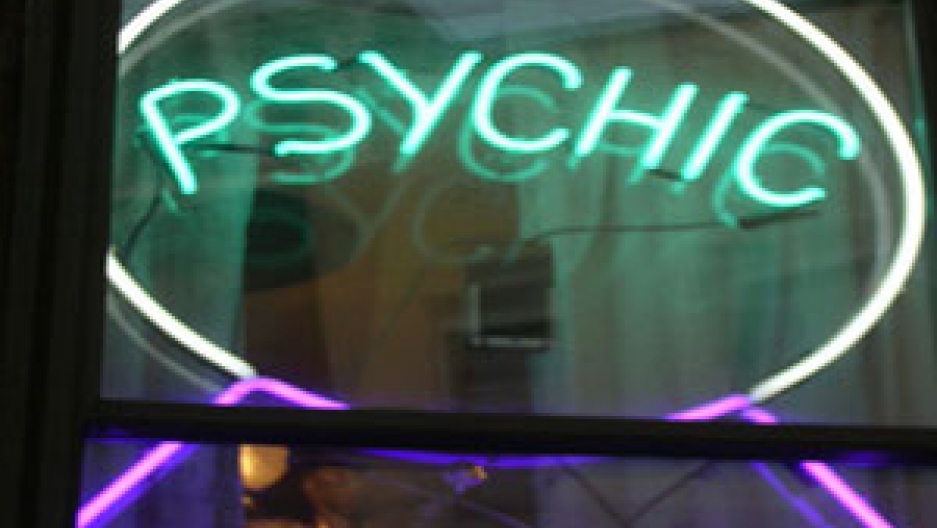 Sarah Palin will divorce in 2011, according to "leading psychic" Nikki. Former governor Arnold Schwarzenegger will star on "Dancing with the Stars" and the price of gold will collapse, according to predictions compiled by The Week magazine. Whether or not any of these events come true, one thing is certain: People will continue to love predictions.

It doesn't take a psychic to guess that most predictions about the future are wrong. M.I.T. professor Sherry Turkle told PRI's The Takeaway: "I think the question is: Why bother?"

Lately, however, many people are predicting a more gloomy future. When considering the climate or the political situation, many don't see a future that looks very bright. Freelance writer Simon Winchester told The Takeaway: "We're much more doom-laden than we used to be"

Though hope for the future may have been replaced by fear, Turkle believes that technology still has a special place in people's hearts. Turkle says there is still "a belief that technology will take care of us," no matter what the future brings. And that belief won't go away any time soon, probably.

"The Takeaway" is a national morning news program, delivering the news and analysis you need to catch up, start your day, and prepare for what's ahead. The show is a co-production of WNYC and PRI, in editorial collaboration with the BBC, The New York Times Radio, and WGBH. More about The Takeaway.