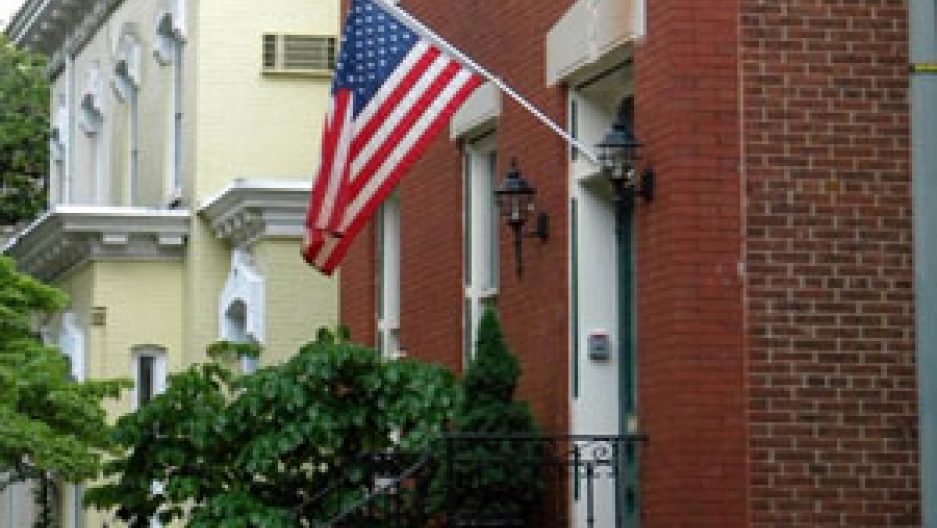 Some of the most powerful people in America today -- reportedly including Governors like South Carolina's Mark Sanford and Senators like South Carolina's Jim DeMint and Congressmen like Michigan's Bart Stupak -- belong to a secretive, fundamentalist Christian organization called The Fellowship or The Family. Author Jeff Sharlet told PRI's The Takeaway that the group represents a "large, elite fundamentalism that most people don't pay attention to."

Members of The Family espouse a theology based on power. "The Family sees itself as a ministry for the benefit of the poor, by way of the powerful," Sharlet writes in his book C Street: The Fundamentalist Threat to American Democracy. "The best way to help the weak, it teaches, is to help the strong." The organization runs a brick townhouse at 133 C St. S.E., Washington DC, and sponsors the National Prayer Breakfast, a 50-year-old event for Washington DC elites.

"This movement has the idea that we don't so much elect our leaders, so much as god selects them," Sharlet told The Takeaway. Sharlet delved into the organization for his book The Family: The Secret Fundamentalism at the Heart of American Power, and at one point was living with them. He says, "They seek a leadership led by God."

The influence of the Family extends far beyond the borders of the United States. Sharlet says that he followed Senator Tom Coburn to Lebanon where he was "encouraging Muslim politicians to become 'messianic Muslims,' secret followers of Jesus."

The group's influence also extends to Uganda, where it has been "promoting the most drastic, most draconian anti-gay bill in the world," according to Sharlet. The bill tries to apply the death penalty for homosexuality, and prescribes sentences of 3 years in prison for knowing a gay person and not reporting that person to the police.

When asked about the Ugandan anti-gay bill, a supporter told Sharlet, there is "no connection, it is the Family. We wrote it."

Many of The Family's members are expected to do extremely well in the upcoming elections, according to Sharlet. Jim DeMint is widely expected to win relection, and Sam Brownback is expected to become the next Governor of Kansas. This means that despite the attention being paid to the normally secretive organization, it's likely to wield significant power on into the future.