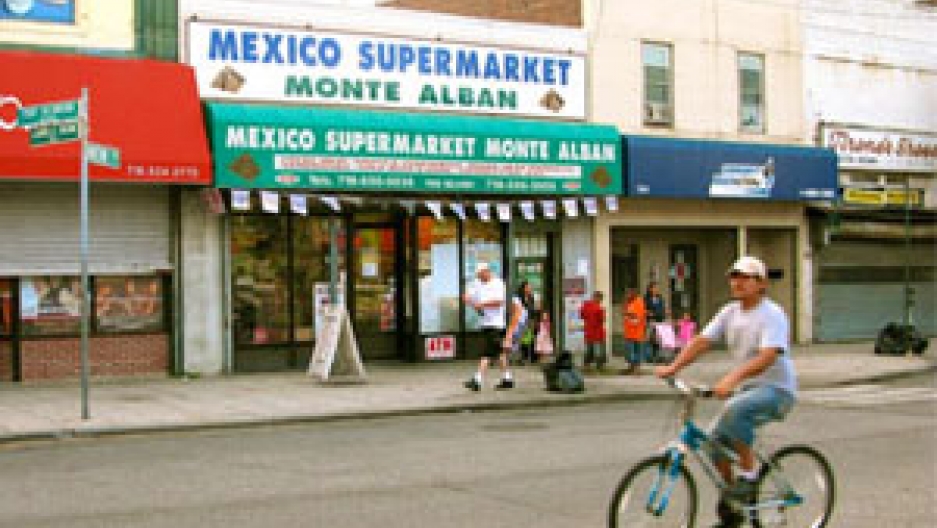 (Image by The World's Alex Gallafent.)

Since April there have been 10 reported incidents of violence against Hispanic immigrants on Staten Island, a borough of New York City.

The attacks have all occurred on the island's North Shore, principally in the community of Port Richmond.

A recent attack came on Saturday, August 1, when an 18-year-old student was beaten and robbed by a group of young African-American men while on his way home from working at a late-night restaurant.

Officials on Staten Island have announced a raft of measures intended to curb the violence.

"This is our home and we will do whatever it takes to make it safe and welcoming for everyone."

Ms Rose announced plans to combat the wave of violence, including the addition of security cameras and the expansion of diversity training in the community.

Staten Island has long been home to generations of new immigrants.

Port Richmond was once a destination for Jews from Eastern Europe and immigrants from Ireland.

Economic shifts meant that by the 1980s and 1990s, African Americans formed the dominant population.

Mexico's Consul General in New York, Ruben Beltran, says he is "angry and frustrated" at the string of attacks.

He recently sent a consular representative to support Mexican immigrants in the neighborhood.

"We are travelling around Port Richmond to take stock of what's happening and also to let them know that the consulate is here," he said.

Not all of the Hispanic members of the community are Mexican, and others are also feeling threatened.

Juan Paz, a restaurant worker from Guatemala, has lived in the area for more than a decade. He says things have never been this bad before.

"It's very dangerous now. When I come from work I have to be very careful," he says.

"I don't put in gas at night because I'm always afraid of something happening. I go straight home."

Civic leaders say there are many possible reasons for the violence, from racism to summertime boredom.

But a local pastor, Lloyd Land, says it boils down to economic pain.

"People are economically depressed and hurting financially. Mexicans come and work for less money and they work longer hours than average people," he says.

"So they feel that Mexicans are taking jobs whereas in reality the Mexicans are hard-working people; they want to put a meal on the table just like everyone else."

Mr Land says it will take attention from the Obama administration to fix the problems of Port Richmond.

He complains that last year's massive government stimulus had little effect on his community.

"I love Obama, I respect Obama. But here on Staten Island, whatever it is he's doing, it isn't working."