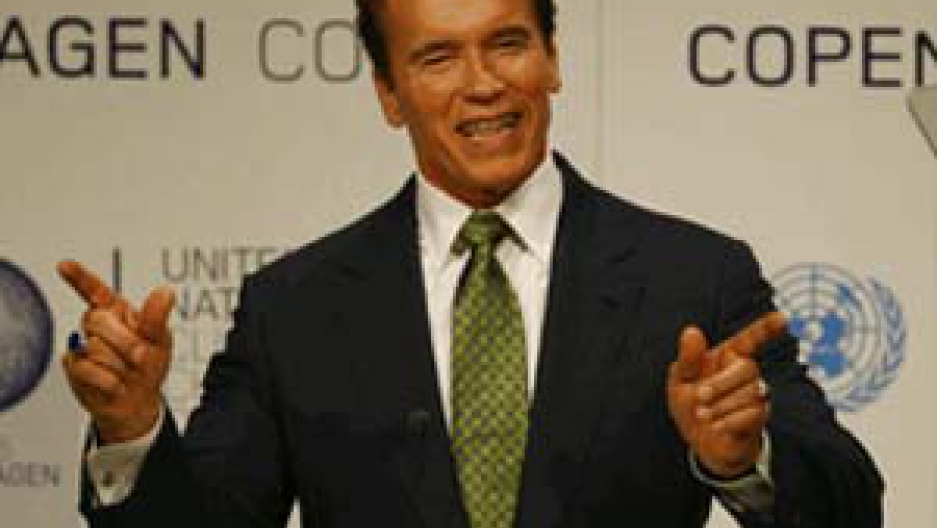 Now that Congress has passed a health care bill, there's speculation about what might be done for the health of the climate. Last year the House of Representatives voted to cap greenhouse gases, but attempts to pull together the 60 votes needed in the Senate appear to be faltering. Conservative Democrats are wary, and the few Republican senators who want action on climate change do not like the bill that passed the House.

Massachusetts Democrat John Kerry and South Carolina Republican Lindsey Graham are working on a compromise. It would mix a carbon cap on the electricity sector with support for coal, nuclear power and more offshore drilling.

"There's a sense of frustration on the progressive side that perhaps their votes are being taken for granted. What we are starting to see is that the debate has shifted from not how to cap carbon pollution. It has simply come down to, what do we need to give industry in order to pass a bill."

While Congress continues its debate, several states have already taken action. California led the way four years ago with a law limiting greenhouse gas emissions, which is just now being put into place.

For nearly a decade, thousands of engineers, scientists and policy makers have been molding California into a model low-carbon economy. In recent years, there's been no more vocal champion of that effort than Republican Governor Arnold Schwarzenegger.

"In California, we are proceeding on renewable energy requirements, and a cap and trade system for greenhouse gases, and limiting greenhouse gas emissions from cars. Nearly 60 percent of all venture capital in America flows through California, and this is creating the critical mass of money and intellect to develop new, green technologies."

This is California as environmental leader, and indeed federal law gives other states the right to adopt stricter air rules once they're created here.

But there is another California -- communities living with massive unemployment, low-paying jobs and foreclosure --communities where venture capital seems remote. Conservatives and anti-tax groups are organizing in these hard hit areas to try to get a measure on the ballot to roll back California's climate change law.

The John and Ken radio show, broadcast in southern California, makes its opposition to the law clear:

"This is suicide! Economic suicide that they are forcing on us! There has never been a groundswell of support from the people saying 'yeah we want to sacrifice a million jobs for a theoretical reduction in carbon dioxide emission,' when nobody else on the planet is doing this. Nobody is for that!"

The one million lost jobs figure they cite comes from the high-end estimate of a Cal State Sacramento business school study, a study sharply criticized by state economists.

On this day, the radio team exhorted listeners for five hours to scrap California's climate change law, which they refer to by a provocative and loaded name: "Sign the petitions! It's the California Jobs Initiative to stop the Global Warming Final Solutions act."

Governor Schwarzenegger has leaned heavily on businesses not to fund a measure that could tarnish his environmental legacy. So the effort has collected most of its money outside the state, about a million dollars so far, mostly from oil companies, including Valero, which owns two refineries here. Backers believe that as carbon regulations continue to go into effect, more residents will resent the intrusion, and sign on.

If the measure gets on the ballot, it could also increase conservative turnout for the gubernatorial election in November. Jerry Brown is the Democrat in the race. He'd continue climate change efforts. EBay billionaire Meg Whitman is the lead Republican candidate. Democrats are already painting her as a threat.

"Meg Whitman, who wants to be governor of California, is standing with Sarah Palin and a group of extreme right-wingers in attacking solutions to the climate crisis," said a recent anti-Whitman ad.

But it's not clear how strongly Whitman would oppose California's climate law, known as AB 32. She has said she would delay it.

"So, as governor I actually would place a moratorium on AB 32 by executive order until we fully understand the law's impact on our economy," said Whitman. "I love California's environment but I reject radical environmental policies that do little for the environment and devastate California's economic future."

But Whitman also says she admires environmentalist Van Jones. She says she met him on an Arctic climate change cruise. And her family foundation has donated $300,000 to the Environmental Defense Fund.

One national consultant on climate policies, Terry Tamminen, says the climate change pushback in California hasn't really made the national radar yet, but staffers in Washington are watching.

"I think it is instructive when you see California, which has been the leader on climate policy in the United States, if you think that AB 32 might falter or even have serious backlash that you then say, maybe as we approach climate change, we should do it in a different way."

The next goal for the ballot initiative is to turn in enough signatures by mid-April. Meanwhile, climate change efforts set in motion here continue to roll across the country. On April 1, the EPA is set to approve national regulations on greenhouse gas emissions from cars, based on a 2002 law in California.