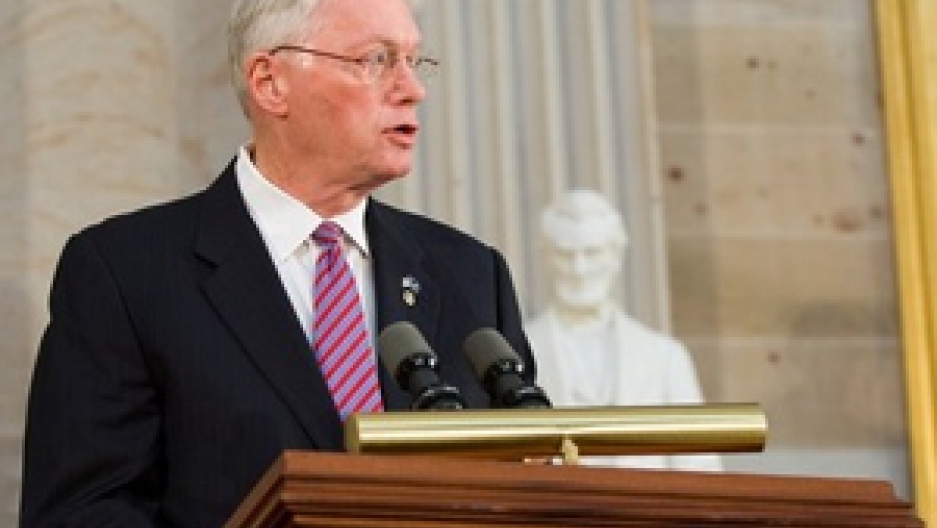 After a tense day of negotiations and days of delay, Sen. Jim Bunning (R-Ky), allowed a vote on a temporary extension of Federal unemployment benefits, highway spending and other programs. The $10 billion package passed 78-19 late Tuesday night.

Bunning said he supported the extension but opposed the deficit spending needed to pay for it. The Senate rejected his suggested amendment.

"For too long Congresses controlled by both Republican and Democrat majorities have not done a good enough job of controlling the spending of the taxpayers' money," Bunning said.

The House had already passed the stopgap extension and President Obama signed it shortly after Senate passage.

"I'm grateful to the members of the Senate on both sides of the aisle who worked to end this roadblock to relief for America's working families," the President said in a statement.

Still, most had indicated their desire to move forward with a vote and Bunning was seen as the lone roadblock.

"This is one senator, it doesn't represent the caucus," Sen. John Cornyn (R-Texas), said.

"You know, he is making a point, it is a valid point. I don't revel in anybody suffering without unemployment compensation. You know my heart and feelings are with the people," Sen. Orrin Hatch (R-Utah) said.

Democrats blasted Bunning for obstructionism and tried to use the surrounding drama to their political advantage.

"One man should not prevent Ohioans from receiving the unemployment insurance they have earned. Republican efforts to gut these programs are unconscionable," Sen. Sherrod Brown (D-Ohio) said.

"Get the Senate functioning like one of the greatest parliamentary bodies. I'm really tired when all is said and done, more gets said than gets done," Sen. Barbara Mikulski (D-Md), said.

Minority Leader Mitch McConnell (R-Ky), refused to give his opinion of his Kentucky colleague's congressional hold that could have affected thousands of people in Kentucky who are out of work.

"We are hoping to work all of this out in the near future and move on," McConnell said.

The benefits extension for the unemployed was not the only part of the Democratic economic agenda stalled in Congress. The $15 billion bipartisan jobs bill passed in the Senate is yet to get a House vote.

Last December, the House barely passed a much larger $154 billion stimulus bill. Now many House liberals are balking at the much smaller Senate version.

Rep. Rosa DeLauro, D-Conn., said the country needs a more substantial jobs bill the Senate came up with. Still, she's willing to vote for it.

Moderate and conservative Democrats are also skeptical.  Some who voted against the larger House version last December aren’t sure about the smaller Senate version either.

"I think we're right on that bubble now -- where we probably should do a little bit more to spur the economy to create jobs.  But need to be careful that what we do is truly truly effective, and that it’s not too big," Jim Himes, D-Conn., said.