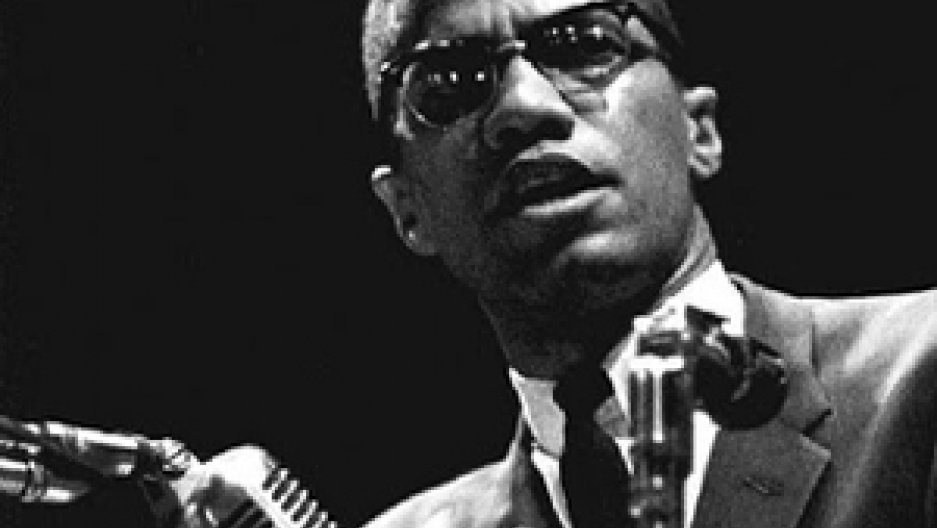 Malcolm X was assassinated 45 years ago this weekend. Earlier this year, WNYC Radio unearthed a 1960s interview between the civil rights leader and a reporter named Eleanor Fischer.

In the tape, Malcolm X talked passionately about the deep roots of segregation in America; the political and psychological state of the Black community; the need to build the Black leadership; and his strong condemnation of Martin Luther King's methods.

"When you are equal with another person, the problem of integration doesn't even arise," he said in the interview. "The only minority in America that's asking for integration is the so-called Negro, primarily because he is inferior -- not inherently inferior, but economically, socially and politically inferior -- and this exists because he has never tried to stand on his own two feet and do something for himself. He has filled the role of a beggar."

Earl Grant, a close associate of Malcolm X and one of the last people to see him alive, says the statement is a classic example of Malcolm X's style.

"One of his favorite statements was: 'Tell it like it is,'" said Grant. "He lived in a real world at all times. He said, 'Brother, no matter how much time you stand around hallucinating, reality is all around you.'"

Peter Bailey is a former associate editor for "Ebony" magazine and an original member of Malcolm X's Organization of Afro-American Unity. He says what Malcolm X was trying to get across in that statement is the idea of self-defense.

Baily argues that, contrary to what some believe, Malcolm X wasn't promoting violence. But he felt strongly that people had the right to defend themselves, and the height of the civil rights movement were violent times.

"When you hear him speak, you have to put it into the context of the times, 1955 - 1965, the height of the civil rights movement. What happened during that time? Emmett Till was lynched, the little girls were killed in Birmingham, Medgar Evers was assassinated. There was terrorism in this country at that time. And his speeches were responding to rampant unpunished -- that's the key word -- unpunished terrorism."

Bailey adds that while their approaches to empowering the African American community were vastly different, Malcolm X's relationship with Dr. King improved considerably in the latter years.

"He respected Dr. King," said Bailey. "I don't know if they ever would have been bosom buddies, but I think they had a tremendous amount of respect for each other."

Visit Thetakeaway.org for the full interview with Malcolm X.