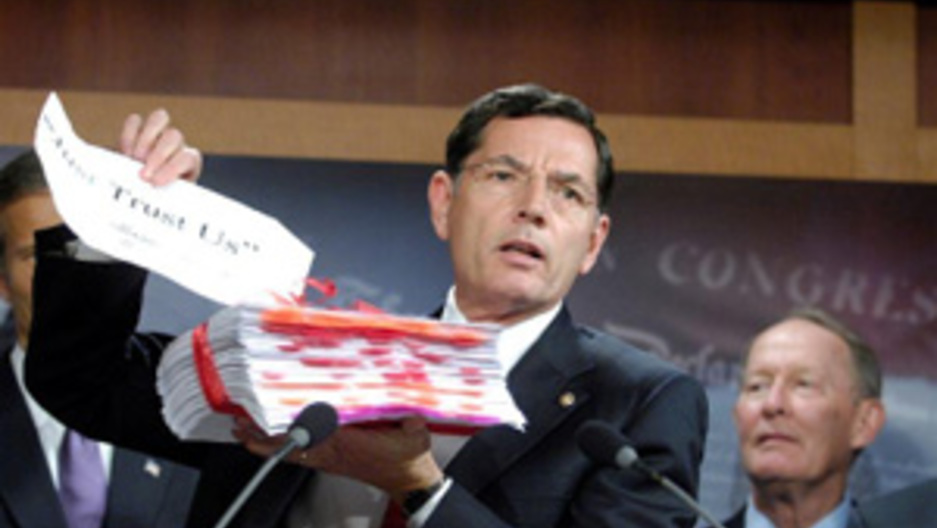 Sen. John Barrasso (R, WY) is hoping to travel to Copenhagen with a group of Republicans to voice concerns about global warming science. He believes the world science community should reassess global warming after recently released emails raised questions about the agenda of top climatologists.

"Cap and trade I consider cap and tax. I think it's going to raise taxes on American families and hurt our economy," Barrasso said. "With unemployment at 10 percent we've got to focus on our economy at home."

He and a group of Republicans want to make that argument at the United Nations summit in Denmark. President Barack Obama and Sen. Barbara Boxer (D, CA) are expected to express support for tough new environmental policies at the conference.

"We know for a fact that global warming is happening, we're in a very dangerous time right now with the ice melts and the high temperatures," Boxer said. She added that reducing foreign oil dependence and creating green jobs will help boost the economy.

However, senators on both sides may never be able to share their thoughts in Copenhagen. They may end up grounded in Washington because of the healthcare debate.

"If I can go, I will go," said Boxer. "But the most important thing is the President is going. That's really good news and he's going towards the end, that's also good news. Maybe they'll feel comfortable and confident and they'll be a good political agreement."

The President plans to be in Denmark December 18, the final day of the conference.