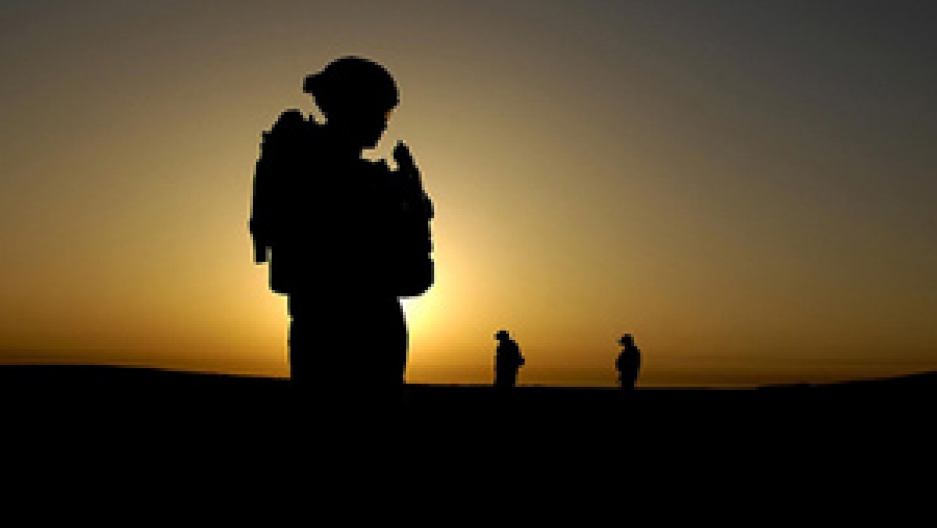 For many soldiers and Marines, war is not fundamentally about the mission. War is not really about the enemy. It's not even about patriotism. War is about the man to the left and right of you. War is about your buddy. And it's that camaraderie, that esprit de corps that is the glue that holds the U.S. military together.

Listen to this special hour-long presentation from "To the Best of Our Knowledge" and hear stories from U.S. soldiers and Marines who served in Iraq as they talk about esprit de corps:

- Toby Nunn was a Sergeant First Class who served two tours in Iraq. Home now, he's finding it hard to adjust to civilian life, but as he told Steve Paulson, he's still taking care of the men in his platoon. Nunn currently works for the nonprofit group Soldiers' Angels.

- Tyler Boudreau is a twelve-year veteran on the Marine Corps. He resigned his commission over reservations about the legitimacy of the Iraq War. He's the author of "Packing Inferno: The Unmaking of a Marine." He discusses his experiences and his decision with Anne Strainchamps.

- John Wrobleski, Sr. tells Anne Strainchamps about the day he got the news that his son, Marine 2nd Lt. John "JT" Wrobleski, Jr. Was killed in Iraq.

- Jonathon Pieslak, author of "Sound Targets: American Soldiers and the Music in the Iraq War," talks with Jim Fleming about how U.S. forces use music and who they listen to.

- Helen Benedict is the author of "The Lonely Soldier: The Private War of Women Serving in Iraq." The words of Air Force Sergeant Marti Ribeiro as quoted in the book are voiced by actress Carrie Coon. Benedict tells Anne Strainchamps the shocking truth about the heavy toll sexual harassment and abuse take on our female warriors.

- Brian Turner was an average young American who volunteered for military service in Iraq. At night he wrote poetry by flashlight. When his tour ended, he collected his poems into a book called "Here, Bullet." Turner talked about his work, especially the title poem, with Anne Strainchamps.