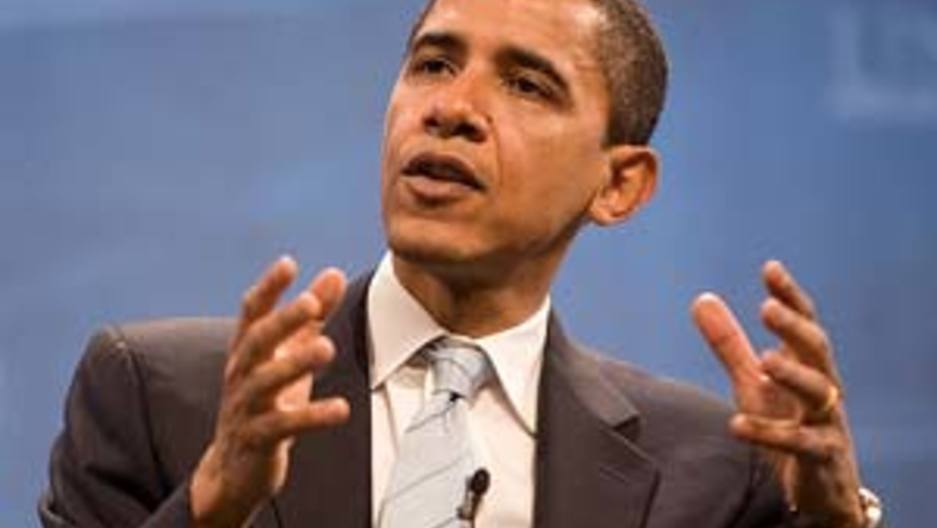 As expected, the economy was the main topic of President-elect Obama's first press conference. Mr. Obama spoke after meeting with his economic advisers; before that, the nation got more bad economic news -- in the form of new unemployment figures. The jobless rate hit 6.5 percent in October, the highest in 14 years.

President-elect Obama began his press conference by acknowledging the new numbers: "This morning we woke up to more sobering news about the state of our economy. The 240,000 jobs lost in October marks the tenth consecutive month our economy shed jobs. In total, we've lost nearly 1.2 million jobs this year, and more than ten million Americans are now unemployed.

"Tens of millions of families are struggling to figure out how to pay the bills and stay in their homes. Their stories are an urgent reminder that we are facing the greatest economic challenge of our lifetime."

"The World" anchor Marco Werman speaks with Monica Toft, Associate professor of public policy at Harvard's Kennedy School of Government, and Simon Johnson of the Peterson Institute for International Economics in Washington, D.C., about Obama's statements in his first press conference.

Johnson says what struck him most about Obama's comments was: "The fact that he led off with the job losses is pretty significant, it really focuses your attention. This is not a credit crisis anymore, it's not something vague ... it's the loss of a lot of people's jobs, it's very real, and it's now.

"He did say very significantly, and of course he's right, that there's only one President in the United States, and until January 20, that's Mr. Bush as President, so there's a limited amount that he, Mr. Obama can do in the near term, and that of course is a problem."

When asked about the letter of congratulation sent to him by Iranian President, Mahmoud Ahmadinejad, Obama repeated something he said during the presidential campaign: "Iran's development of a nuclear weapon, I believe is unacceptable. We have to mount an international effort to prevent that from happening. Iran's support of terrorist organizations ... is something that has to cease. I will be reviewing the letter from President Ahmadinejad, and we will respond appropriately ... obviously how we approach and deal with a country like Iran is not something that we should simply do in a knee-jerk fashion ... we've got to think it through."

Toft says Obama's comments about Iran sends the message that he wants the rest of the world to hear: " ... now as the President-elect he's showing that he's taking his time, and he absolutely wants to make the right decisions ..."

Toft adds, "Diplomacy takes ... people to interact, and Ahmadinejad, the President of Iran is showing that he wants to take this time and talk with him, and Obama seems to be the kind of person that would at least consider it and would probably do so."