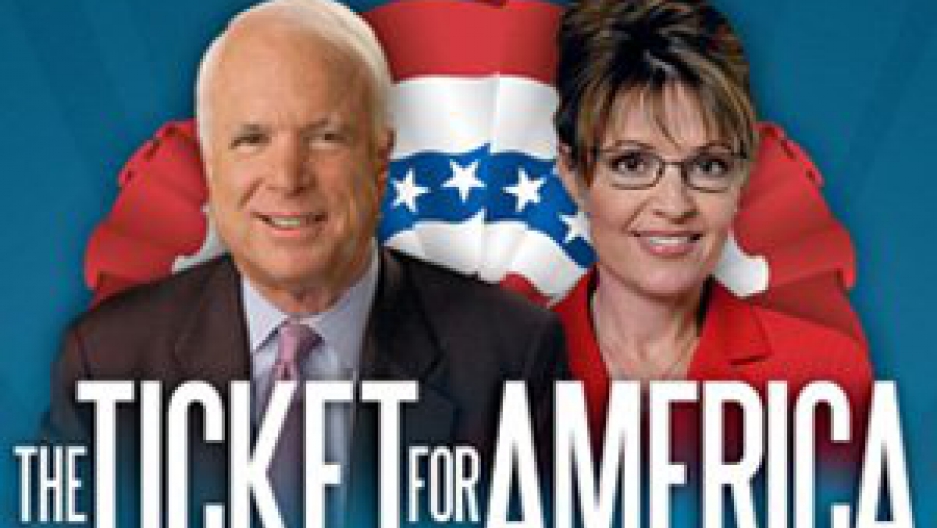 Sarah Palin's been practicing her speech, and tonight is her big moment.

Kendal Unruh is a delegate from Castle Rock, Colorado. You can't miss her in the crowd -- she's covered in campaign buttons.

KENDAL UNRUH: "It says, maniacal, foaming at the mouth, feverishly fervent Palin supporter. I had to make my own button because there wasn't one to say it as strongly as I potentially could."

Palin's been cast in dual roles. Part reformer, part defender of family values. She's reassurance to those conservatives who worry McCain’s not conservative enough on religion, the Second Amendment, and same sex marriage. Some call it God, guns and gays.

Tonight -- away from the convention floor -- The Log Cabin Republicans host a party. They’re gay, they’re Republican, and they’re against one of the biggest parts of the conservative platform: A ban on same sex marriage.

Scott Tucker is the group's spokesman.

SCOTT TUCKER: "We're going to have honest disagreements, but on the most important issue that we've faced in the last decade, Sen. McCain stood with us, twice. He voted against that in both 2004 and 2006. And he called that antithetical in every way to the core philosophy of Republicans."

It's up to Palin to make up ground with conservatives like delegate John Boydston from Paine City, Oklahoma. He just learned who Log Cabin Republicans are.

JOHN BOYDSTON: "I'm not sure I’ve got a comment about that, ok/ I certainly don't want them to go and become Democrats and vote Democratic of course, but ... uh ... not sure how I feel about that."

As Palin puts the finishing touches on her acceptance speech, the cameras wait for McCain's arrival at a rally later today at St. Paul's airport.