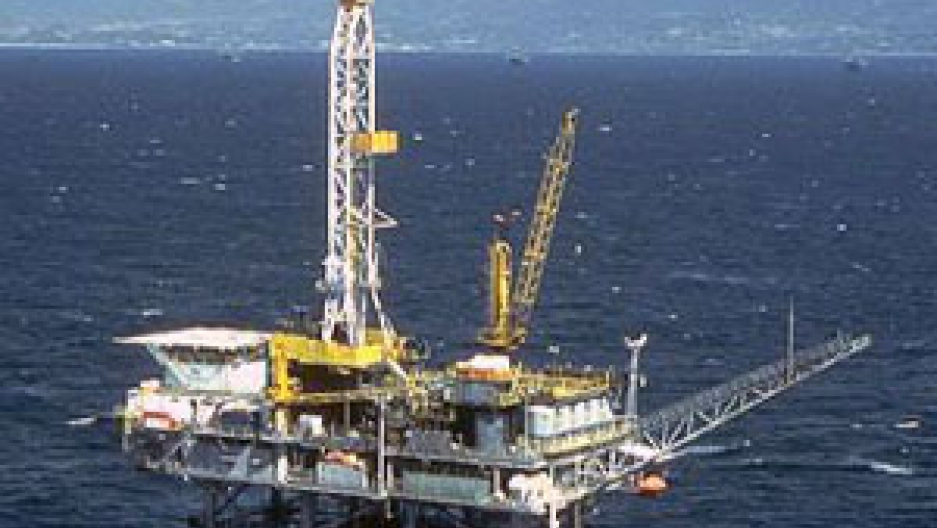 Energy issues are powering the political debate both in Washington and on the campaign trail this summer. Republicans including John McCain are demanding an end to the offshore drilling moratorium, while some Democrats, including Barack Obama, say well, 'maybe.' "Living on Earth's" Washington correspondent Jeff Young digs into the shifting sands of the drilling debate.

As recently as June Barack Obama pledged to defend the moratoria that have kept oil rigs off most U.S. shorelines for nearly 30 years. But with public opinion shifting in response to high gas prices Obama hinted to a Florida newspaper that he would support an energy compromise that expands offshore drilling. He later explained himself in this speech on energy in Lansing, Michigan:

OBAMA: "While I still don't believe that's a particularly meaningful short-term or long-term solution, what I've said is 'I'm willing to consider it if it's necessary to actually pass a comprehensive plan.' I'm not interested in making the perfect the enemy of good."

Obama's speech reaffirmed his commitment to clean energy alternatives. He'd invest $150 billion over a decade in wind, solar and geothermal power and make those sources supply at least 10 percent of the nation's electricity. He'd push for more plug-in electric hybrid cars and put a cap on carbon emissions. But it was the mention of offshore drilling that got the attention. One environmental group that has endorsed Obama, Friends of the Earth Action, expressed disappointment. But Obama campaign energy advisor Elgie Holstein insists this is not a major change in Obama's position.

HOLSTEIN: "It's certainly not a flip-flop because he has supported offshore drilling all along. It's just in these particular states where it has been prohibited by fed, law there he's open-minded about any arrangement provided it protects our coastlines, provided states agree, and provided that it's part of a bigger package in which we can start moving our economy towards a more sustainable energy future that isn't so reliant upon the imported oil from the Middle East."

The compromise Obama supports came just as Congress left for its August recess after weeks of bitter deadlock.

Five Republicans and five Democrats announced the plan to allow drilling off of the coasts of five states -- a win for Republicans. It would also strip from oil companies a multi-billion dollar tax loophole -- a win for Democrats. Tax breaks would instead go to help auto companies make -- and consumers -- buy more efficient and more alternative fuel vehicles. Nebraska Democrat Ben Nelson thinks the Gang of Ten, as the Senators are called, could end the energy gridlock.

NELSON: "I think we've changed the topic in Washington from this, uh, Shakespearean, to drill or not to drill. That's no longer the question. What we have done is we've moved beyond that discussion to say you have to do it all."

The compromise plan would give Virginia, the Carolinas and Georgia the option to allow offshore drilling. And it would bring oil exploration as close as 50 miles to Florida's Gulf coast.

Obama may be warm to the compromise but some of his environmental supporters are not. The League of Conservation Voters endorsed Obama. But League leader Gene Karpinski says the centrists' plan is a bad deal because it only asks for voluntary steps toward more fuel-efficient vehicles.