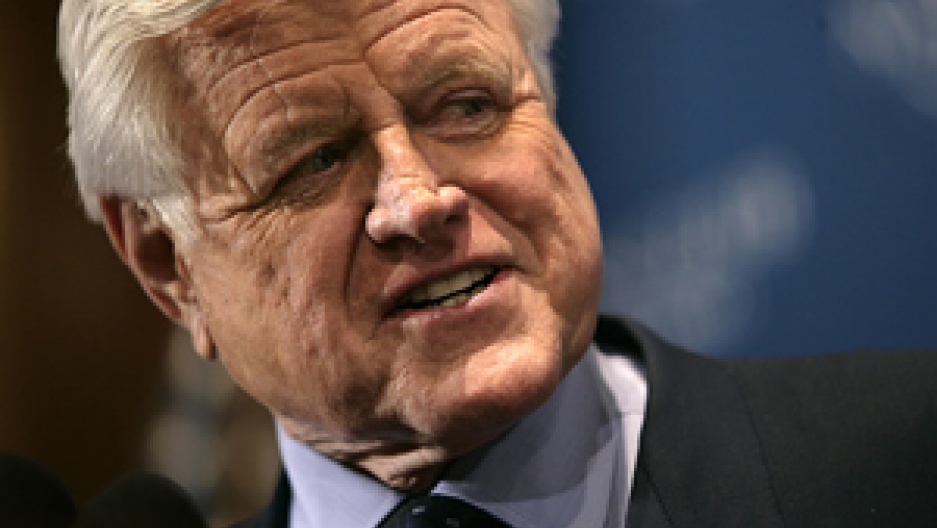 It was a week of dramatic returns -- and about faces -- that left their mark emotionally and legislatively, beginning with Medicare.

SPEAKER NANCY PELOSI (D-CA): "We salute Senator Kennedy for his ongoing, unsurpassed leadership, making the passage of that bill possible."

It caused quite a stir when Ted Kennedy left behind chemo and radiation treatments for brain cancer to make a surprise visit to the Senate Floor on Wednesday. He came to contribute the all-important 60th vote to revive a gasping Medicare bill. This is the bill lawmakers pass ¬every year to stave off a pay cut for doctors as routine as your annual checkup – at least, if you’re lucky enough to have insurance. But this year Democrats fixed things so big insurance companies were going to have to pick up the tab. A lot of Republicans, like Wyoming’s John Barrasso, opposed it.

SEN. JOHN BARRASSO (R-WY): "This was a bill that may have been right for Washington it was not right for Wyoming."

The bill went down last month just one vote shy of the 60 needed. Suddenly, a lot of those Republicans found themselves in a world of hurt. Turns out a 10 percent pay cut for doctors who treat Medicare patients isn’t very popular - not with the folks back home - and most certainly not with doctors. Here’s what aired on Wyoming T-V stations.

Advertisement: Call Senators Barrasso and Enzi. Tell them to make patient care not profits the priority.

Long story short - one giant backlash got nine Republican senators to seriously rethink things. They changed their votes. And the bill is recovering nicely with the help of a veto-proof margin.

With an election looming, political paralysis is setting in. Senate Democratic leaders expect just two more spending bills before they usher in homeostasis with a Continuing Resolution. That’ll keep the government’s heart beating until a new president takes office. Senate Appropriations Chair Robert Byrd, would you care to comment?

So apparently the senior democratic senator from West Virginia is NOT down with Leadership’s plan. He wants to keep the money bills moving.

Speaking of work-in-progress: Right around the time you’re hearing this: The Senate will be just getting ready to vote or may have JUST voted on a housing bill aimed at the foreclosure crisis. The political wrangling on this one defies ANY straightforward explanation. Just listen to this conversation between reporters and New York Democrat Chuck Schumer:

Conversation: This vote that passed… CDBG… Dodd told us… I thought that if the had UC they could do a managers’ package…

If the housing bill were a building, it would be the Tower of Babel.

Now Todd Zwillich has this look at what’s coming up in the week ahead:

The global AIDS bill is up next week in the Senate. Lawmakers will be talking a lot about PEPFAR, that’s the President’s Emergency plan for AIDS relief. It’s $50 billion over five years. That’s a huge number and some Republicans are going to try and knock it down if they can.

House Democrats are hoping to get their long-awaited energy bill out next week. They’re taking another whack at the speculators who bet on oil futures and trying to pressure president Bush to release oil onto the market from the Strategic Petroleum Reserve.

And by the end of the week Republicans will be taking off on an energy jaunt. They’ll travel to Colorado to promote domestic oil shale and then all the way up to Alaska to visit ANWR and the National Petroleum Reserve.