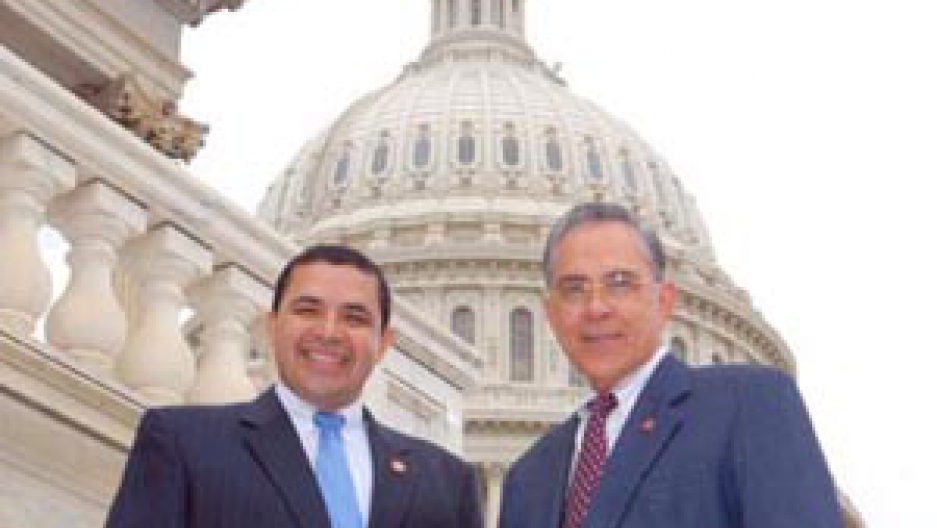 This week in Congress: it's recess. Everybody play nice now - fat chance of that in a campaign season. In states with close congressional races like Ohio and Pennsylvania people are already beginning to hear no holds barred attack ads on the radio.

ADVERTISMENT : More and More Americans are losing jobs, so what is Congressmen Zack Space doing about it?

ADVERTISMENT: Call Charlie Dent and tell him to stop rewarding the oil companies and start standing up for hard working Americans.

The week of the July 4th holiday is early for campaign ads like these according to Curtis Gans, he heads the committee for the study for the American electorate at American University.

GANS: It doesn’t strike me that there is a compelling reason for ads to be run at this time, it may at this point be counterproductive or at least a waste of money.

Quite a lot of money, for its part the Democratic Campaign Committee is spending like, $100,000. The Republicans are less flush so a political action committee is picking up the tab and being tight-lipped about how much. No matter who’s playing, call it the political equivalent of seeing the seasons first Santa Claus impersonator in the mall on the day after Halloween.

In the mean time a number of lawmakers are spending this week on CODELs that’s Capitol speak for Congress Delegation trips, typically fact finding or goodwill missions. Texas Republican Michael McCaul and Democrats Henry Cuellar and Gene Green are in Islamabad, Pakistan today celebrating 4th of July with soldiers at the American Embassy. Next stop a battle zone in Kabul, Afghanistan, then Jalalabad. Here’s Cuellar,

REP. HENRY CUELLAR (R-TX): Part of our drive is to see what they are doing on the front lines I mean it’s a lot easier to be up here and just being in the halls and voting this way, but I think its important that we go and actually see what our troops are going through.

On occasion the CODEL trips themselves actually come under fire from watchdog groups. For more on that here’s CNC’s Jodi Breisler.

JODI BREISLER These trips are paid for with public money so their often scrutinized by the watchdog groups and the media. War zone trips don’t look as fishy as some CODELS to Europe and the Caribbean where spouses and staff sometimes come along for the ride. Daniel Mitchell is a Senior Fellow at the Cato Institute; he says it was a mistake for Congress to restrict privately funded trips after scandalous junkets brought down the likes of Representative Bob Ney and sugar daddy lobbyist Jack Abramoff.

DANIEL MITCHELL Politicians say that the most virtuous thing is to take money from me to go on their trips instead of taking money from private sources to pay for their trips and I think that gets it backwards.

REP. CUELLAR: I think any time they tell us to put body armor and a helmet on, I don’t think that’s very scripted, I can tell you that much.

Cuellar says his CODEL this week will look into how billions of taxpayer dollars are being used.

Now CNC’s Todd Zwillich has this look at what’s coming up in the week ahead.

TODD ZWILLICH The Senate returns from vacation Monday evening, next week’s theme is unfinished business. Senators hold a procedural vote Monday night on the Housing and Mortgage Bill, they’ve been debating for weeks now. The bill’s being held up, but not actually because of housing. A handful of lawmakers are holding it hostage in order to get what they want in an unrelated energy tax bill, then on Tuesday senators move on to another procedural vote, this one on the FISA wire tapping legislation.

The House comes back Tuesday, voting on a bill setting up standards for the preservation and storage of electronic messages, sound familiar? Its all a response to those thousands of White House emails that went missing.