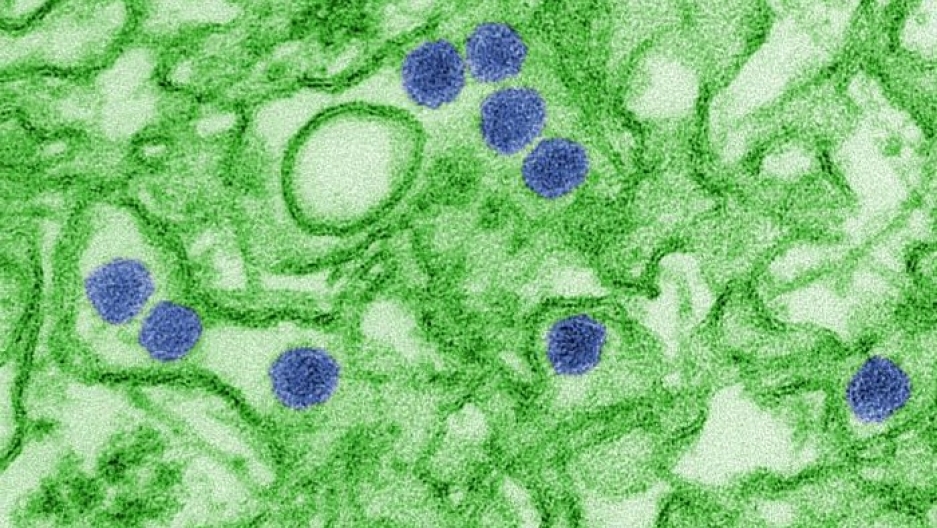 The Rio Olympics have come and gone, but the spread of Zika virus internationally remains a threat for the United States. The CDC is actively monitoring two clusters of the virus in Florida. Government officials expect that Zika will eventually spread. Meanwhile, vaccine candidates are being rushed through clinical trials, but won't be available at least until the spring of 2017.

Anthony Fauci, director of the National Institute of Allergy and Infectious Diseases, says that for now, it’s important to contain Zika and to raise public awareness about its effects.

By Fauci’s estimate, at least 2,500 people in the United States have already been infected with the virus through travel to South America, Central America, or the Caribbean —and about 500 of them are located in Florida, the current viral hotspot in the US.

In light of these numbers, Fauci calls the FDA’s recent recommendations to screen donated blood for Zika “the prudent thing to do.”

Fauci says that 80 percent of people infected with Zika have no symptoms at all, making it easy for an infected blood donor to unwittingly spread the virus to a wider population. And while Zika has been connected to congenital abnormalities in babies infected during their mother's pregnancy, we know little about Zika's long-term effects on infected adults.

A new study suggests that, at least in adult mice, Zika may have a lasting impact on the brain.

“What the investigators showed is that when you infect an adult mouse, you can get stem cells in the brain that can get infected,” Fauci says.

But Fauci is cautious about extrapolating the findings of the mouse study to adult humans.

“What was not shown was whether or not it had any effect on the animals’ function at all, or what the physiological or clinical relevance of that might be,” Fauci says. “There was no indication that infection of an adult has any impact negatively on the brain of that adult. Having said that, you want to take animal studies seriously.”

Fauci and his team are also taking seriously their timeline to deliver a Zika vaccine. Flooding in Louisiana — and the resulting wide areas of standing water — could make mosquito containment efforts in the region more difficult in coming weeks. And while Fauci thinks that a Zika epidemic is improbable in the US, he accepts that more cases are likely.

“I do not think that we’re going to see a disseminated type of a Zika outbreak similar to what we’ve seen in Brazil in January and February and what we are currently seeing in Puerto Rico,” Fauci says. “But it is not unlikely that we will see what we’re already seeing in Florida, namely, individual cases, and some cases of clusters and ongoing transmission.”

Phase one trials of Zika vaccine candidates began on Aug. 2, and are expected to continue through the end of 2016. Fauci hopes to begin the second phase trials in early 2017, testing the vaccines on a population of up to 5,000 people. But his timeline is dependent on securing more government funding. He says Sylvia Mathews Burwell, secretary of Health and Human Services, has transferred some money from other departments at the National Institutes of Health to aid the effort.

Fauci will have to rely on a lame duck Congress to appropriate the funds for his team’s vaccine trials to move forward in 2017 — a risky move, he admits, but one that has come through for his team before.

“They’ve risen to the occasion in the past in emergencies. I hope that they do that here so that we can get going and continue to do what we’re doing,” Fauci says.