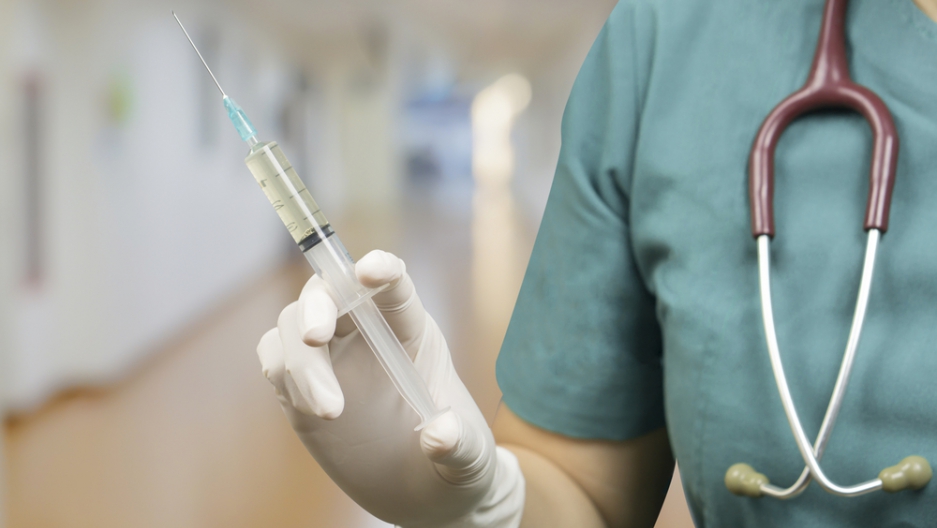 A nurse holding a syringe, from Shutterstock

Several vaccines for Zika virus — including a traditional inactivated virus vaccine, as well as newer DNA vaccines — have triumphed in animal tests and are now ready for human trials.

Tony Fauci, director of the National Institute of Allergy and Infectious Diseases, says the vaccines can’t be ready too soon.

“We have about a thousand travel-related cases in the continental United States,” Fauci says. “We have over 250 pregnant women among those cases that we have in the continental United States and as we get into the mosquito season, particularly in the southeastern part, in the Gulf Coast area where we have seen pockets of outbreak of other similar viruses like dengue and chikungunya, it's concerning that we may have and likely will have localized outbreaks of Zika. ... And the thing we absolutely have to do is to prevent them from becoming sustained and from becoming disseminated.”

The good news, however, is there are several vaccines that are close to being ready.

“There are about a half dozen that are at various stages of preclinical studies,” Fauci says. “In vitro and in animal models. Some of them are federal government driven, some are in collaboration with industry, and some are done by industry alone.”

According to Fauci, it’s important to prepare more than one vaccine at a time so that, if something goes wrong, you have a backup in the works.

“There are so many uncertainties in vaccines — you could have a few successful ones and you want to have several in the pipeline to just cover your bets so that in case one fails or there's technical problems with the production of one or more that you have a few candidates,” Fauci says. “I think when you're dealing with a vaccine of any type, the general rule is to always go with multiple candidates so that you really have backup in case there's failure. And if you have multiple successes, all the better.”

Besides the multiple vaccines for Zika, scientists are also studying a harmless bacteria carried by bees and butterflies that might be able to stop the spread of Zika by infecting mosquitoes.

“Wallbaccia is the bacteria that can harmlessly infect a variety of insects ... but it can also infect mosquitoes,” Fauci says. “It has two components to it: It interferes with the propagation of the mosquitoes, but it also does not allow the mosquito to successfully transmit the particular pathogen in question. And in this question, it would be Zika. There have been a number of studies that were done in Australia successfully using it in mosquitoes in Australia and there are tests that are planned to be done under the appropriate control conditions here in the United States and in South America.”

Scientists have been hard at work preparing and testing the vaccines, and hope to start a phase one trial in August and transition into an efficacy trial at the beginning of 2017. But Fauci says they need more money to continue the preparations.

"We do need the money to continue to proceed in a variety of areas," Fauci says. "Puerto Rico is very vulnerable. They're having about one percent per week of the population being infected already and we haven't even gotten into the peak mosquito season there ... We need to start preparing the sites now and we are very rapidly running out of money, even the money that we've moved from other accounts to keep us going. So we're reaching that point both at the NIH and at the CDC is that we really need some action about appropriating this money."