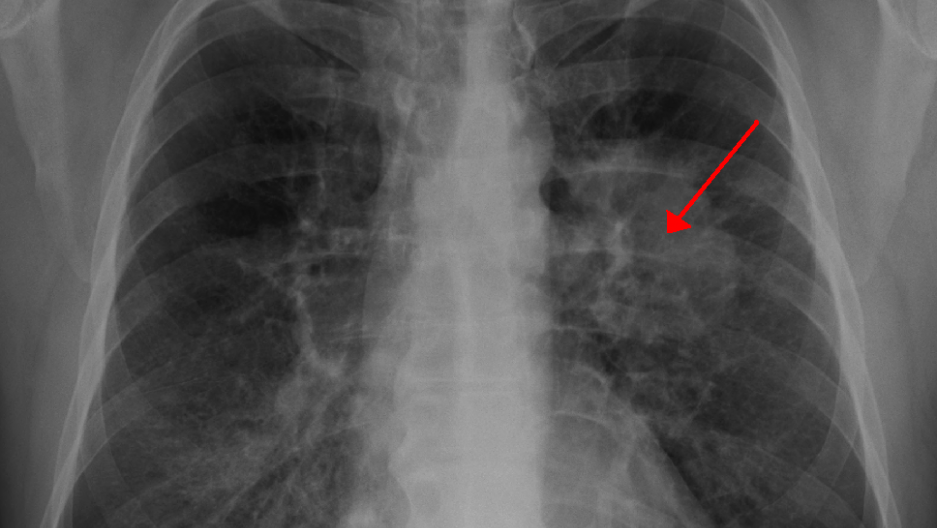 A chest X-ray showing a tumor in the lung.
Credit: James Heilman
Share

MEXICO CITY — When Cuba and the United States said they were going to be friends again, images sprang to mind of Americans tanning on once-forbidden beaches, and McDonald’s opening in picturesque Habana Vieja.

That may happen. But this partnership clearly has more promising plans. Turns out Cuba’s been sitting on a breakthrough cancer treatment. Now it’s going to test it out in America.

This week, the Roswell Park Cancer Institute of Buffalo, New York signed an agreement to import a Cuban lung cancer vaccine. The drug CimaVax helps treat symptoms and recurrence, said institute director Candace Johnson, when she returned Tuesday from a two-day trade trip to the island.

“[Lung cancer] patients have a very high risk for recurrence. You have one nodule, you know you are maybe going to be get another nodule. You could take perhaps this vaccine that could help prevent a recurrence,” Johnson told Buffalo TV's WIVB News 4.

The institute will conduct clinical trials of CimaVax in the United States and seek approval from the Food and Drug Administration, Johnson said. Cuban scientists will also visit Buffalo to help with testing and research.

The trade trip was led by New York Gov. Andrew Cuomo, the first US governor to visit Cuba since presidents Barack Obama and Raul Castro announced the historic thaw in December.

The Obama administration has rewritten some Cuba policies, allowing deals like this that make joint research possible. But much of America’s Cuba trade embargo remains intact and only Congress can change that.

The Castro regime has long invested in medical research, and is famous for putting its extensive health system to work as a kind of global doctor diplomacy arm.

CimaVax was developed by government-run Molecular Immunology Center. It's not brand new, and Cuba has not kept its success a secret. Cuban researchers were testing the drug in the 1990s and major world media outlets have reported on it in the 2000s.

Lung cancer is the most common cause of cancer deaths, killing 163,000 Americans in 2014, according to the American Cancer Society.

One drug Heberprot-P helps treat diabetic foot ulcers. It’s used in 18 countries, and is undergoing trial in the European Union, but the embargo has kept it out of the US.

Myanmar is using Ferguson to justify its latest crackdown on protesters

Ecuador is on its way to decriminalizing drug use