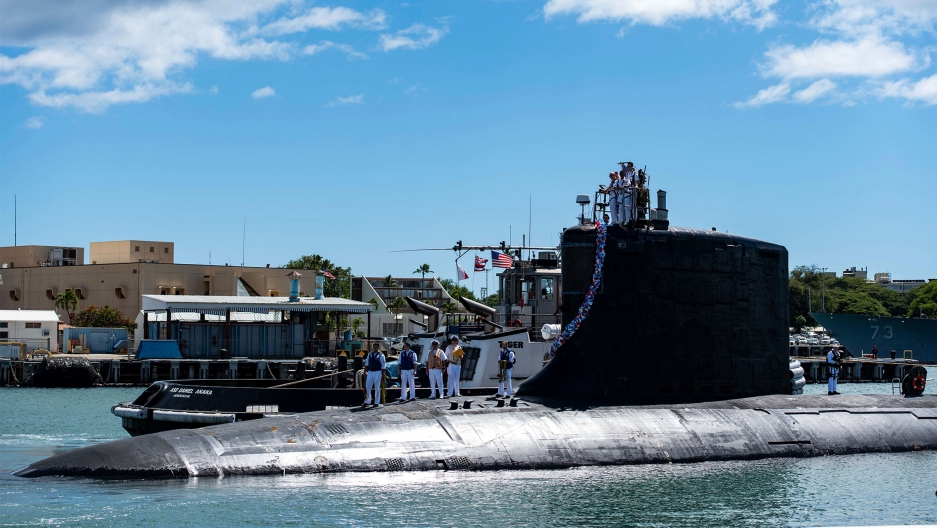 In this photo provided by US Navy, the Virginia-class fast-attack submarine USS Illinois (SSN 786) returns home to Joint Base Pearl Harbor-Hickam from a deployment in the 7th Fleet area of responsibility, Sept. 13, 2021.

Aukus pact
A new security pact announced Wednesday between Australia, the UK and the US — dubbed Aukus — is being seen as a counter to Chinese influence in the Indo-Pacific region. The pact will allow Australia to build nuclear-powered submarines provided by the US, along with other forms of technology. Analysts are calling the deal one of Australia’s biggest defense partnerships in decades. But, China has condemned the pact, calling it “extremely irresponsible,” and accusing it of espousing a “Cold War mentality.” The deal echoes a similar Cold War-era intelligence-sharing agreement that the UK and US signed 75 years ago, known as UKUSA. France has also lashed out against the pact, calling it a “stab in the back” after Australia refused a multibillion-dollar French nuclear submarine deal.

Mali
President Emmanuel Macron has announced that French forces killed the leader of ISIS in the Greater Sahara, Adnan Abu Walid al-Sahrawi, during an air and ground operation in Mali. Macron tweeted, “It’s another major success in our fight against terrorist groups in the Sahel.” France says Sahrawi ordered the killing of six French charity workers and their Nigerien driver last year, and that he oversaw the group claiming responsibility for a 2017 attack that killed four American soldiers on patrol with Nigerien forces. Sahrawi was born in the disputed territory of Western Sahara and switched allegiances from al-Qaeda to ISIS in 2015, founding a Sahel region affiliate. ISGS operates mainly in Mali, Burkina Faso and Niger.

El Salvador
Thousands of people in El Salvador took to the streets to protest the introduction of Bitcoin cryptocurrency as legal tender in the country last week. President Nayib Bukele has argued the move will make it easier for people living abroad to send home remittances. But some people fear it will bring inflation and instability to the country. The demonstrations that took place on the nation’s bicentennial also protested Bukele’s recent moves to consolidate power. The protests were largely peaceful, though one group smashed windows and set fire to a Bitcoin ATM kiosk.

Helsinki’s mayor thinks English should be the city's official language 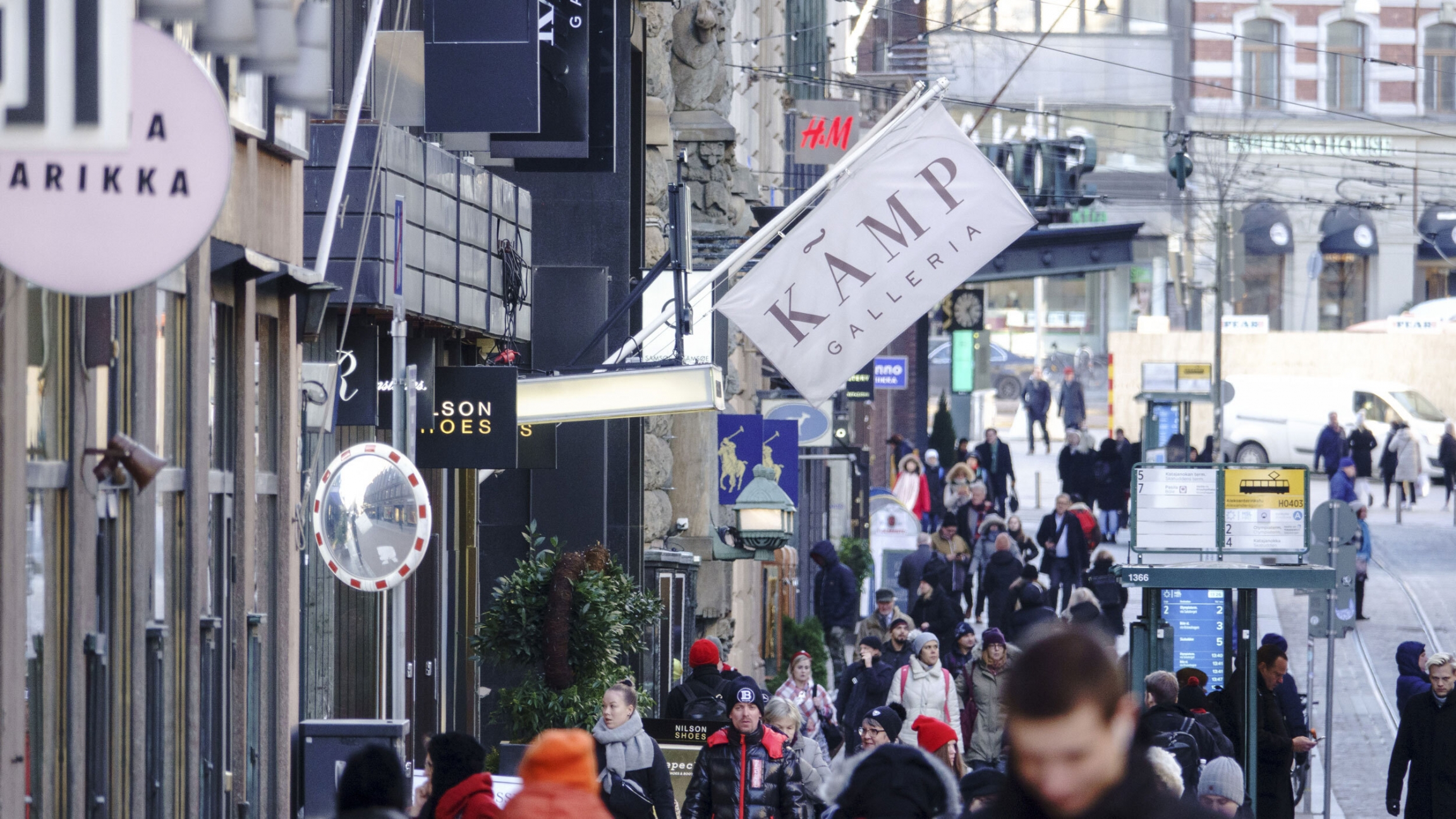 This would certainly make it easier for some foreigners to get a job. But not everyone is embracing the idea. 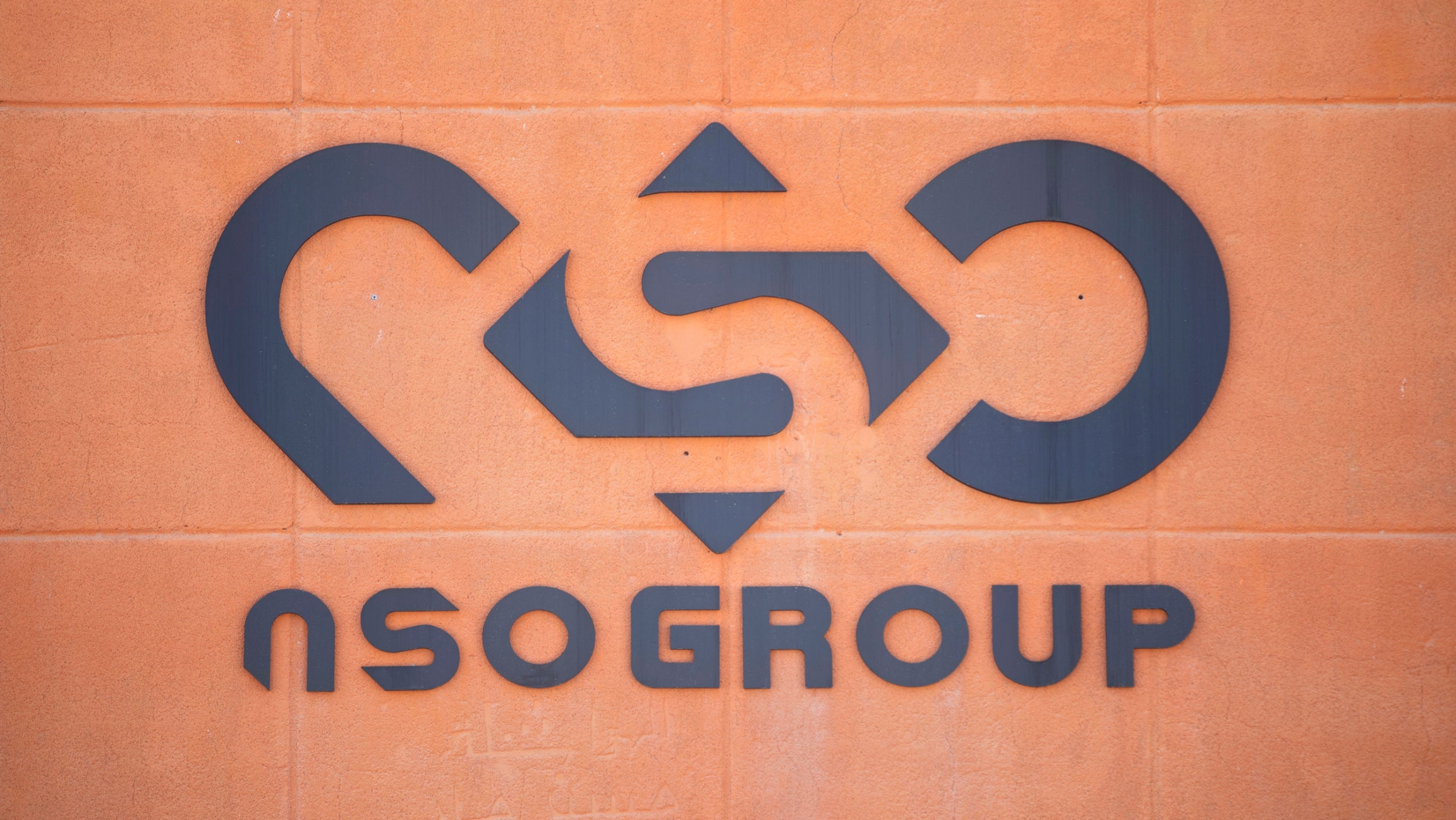 A logo adorns a wall on a branch of the Israeli NSO Group company, near the southern Israeli town of Sapir, Aug. 24, 2021.

A massive security flaw was discovered in Apple's iPhone this week — and it's a biggie. The phones could be broken into without the user doing anything to trigger the hack. Without even a click, your information could be at risk.

That news left iPhone users scrambling to update their devices. It was security researchers at the The Citizen Lab at the University of Toronto who realized that spyware from an Israeli cybersurveillance company, known as NSO Group, was behind the move.

A new study of shoes believed to have belonged to Michelangelo — the mastermind behind the Sistine Chapel’s frescoes and many other pieces of art — suggests that the artist may have been short in stature, not more than 5 feet 2 inches tall. Scholars from the Forensic Anthropology, Paleopathology and Bioarchaeology Research Center in Italy have examined three pairs of shoes found in the towering art figure’s home in 1564 following his death.

Listen: Tensions mount over missile tests on the Korean peninsula 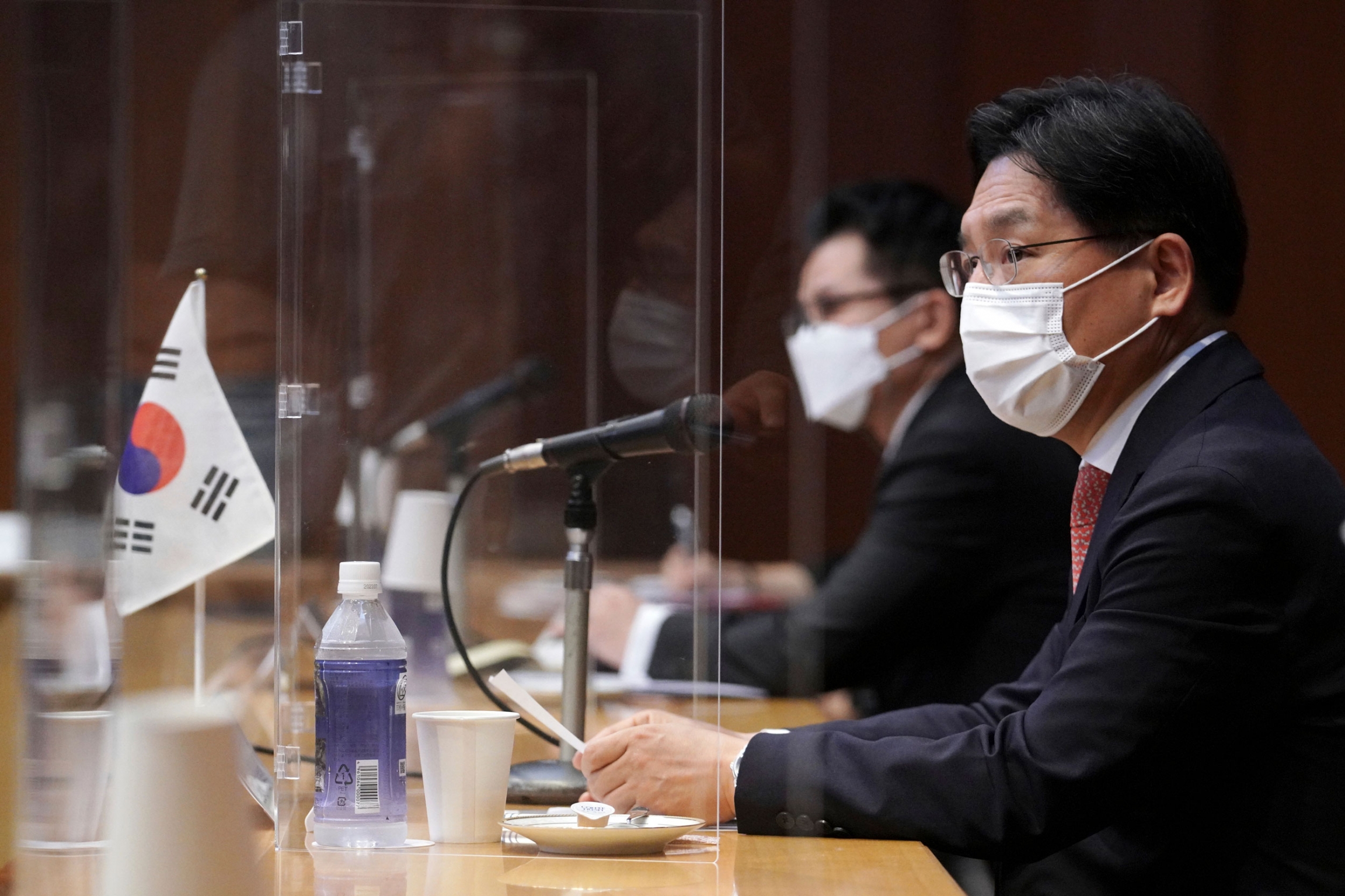 Both North and South Korea tested ballistic missiles on Wednesday within hours of each other. Over the weekend, Pyongyang said that it had successfully launched a long-range cruise missile — its first test in six months. Also, this week, Apple rushed to update its iPhone software after security vulnerabilities were discovered. A hacking tool developed by Israeli spyware firm NSO Group was shown to easily target iPhone users. Plus, a high-profile case of sexual harassment has been dismissed by a court in Beijing. Former TV intern Zhou Xiaoxuan’s case has been a focal point for China’s #MeToo movement.