“Helsinki could call itself an English-speaking city, where people who speak English wouldn’t need to speak Finnish or Swedish,” Vartiainen told the Helsingin Sanomat newspaper.

This would certainly make it easier for foreigners like New Yorker Kimberly Gowdy, who moved to Finland for love in 2018, and now lives and works in Lahti, about an hour from Helsinki. 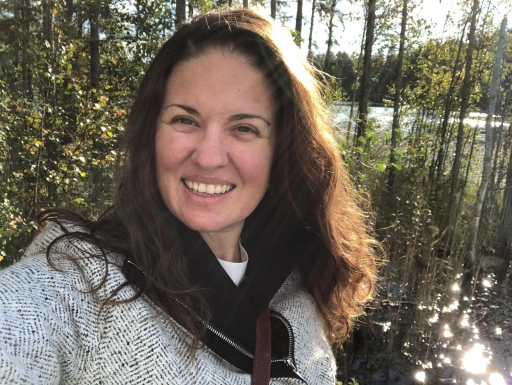 Kimberley Gowdy has struggled with the Finnish language since moving from New York to Finland several years ago. She says it has held her back from landing jobs in the country.

Gowdy, who studied linguistics, said she’s still not fluent in Finnish, and believes her failure to master the language has scuppered her job prospects.

But not everyone is embracing the idea.

Swedish People's Party Councillor Björn Månsson described the proposal as a threat to the constitutional rights of Swedish speakers in Finland.

About 5% of Finns speak Swedish as their native tongue mainly on the western and southern coasts, according to government information.

Vartiainen said he understands the concerns of Swedish speakers in Finland, but said if the choice is between having a nurse who doesn’t speak Swedish or no nurse at all, then common sense should prevail.

The mayor, pointing to the country’s deep labor shortage, said that it had become apparent “very slowly to the political consciousness that we need employment-based immigration.”

The mayor also said that the English-language education in kindergarten and primary schools should be expanded, something that has to be decided at the national level.

Data shows that the country’s lack of skilled workers is only getting worse.

Related: Kalsarikännit: Drinking at home in your undies, like Finns

Finland’s chamber of commerce reports that three-quarters of Finnish companies are suffering from labor shortages. And more than 36% of foreign students leave Finland not long after graduating; many of them cite language challenges as among their reasons for going, according to government information.

Helsinki Business Hub, which supports foreign companies setting up in the city, launched the 90-day Finn Scheme last year in an attempt to tackle the problem.

CEO Miska Hakala said the aim was to attract foreign tech workers and their families to Helsinki for three months. The hope was that the quality of life there would persuade them to stay long term.

“Everyone has nature really close to them and we have very functional public services, so the quality of life is actually rather good.”

“Everyone has nature really close to them and we have very functional public services, so the quality of life is actually rather good,” Hakala said.

Thousands applied for the scheme, the majority from the US and Canada. 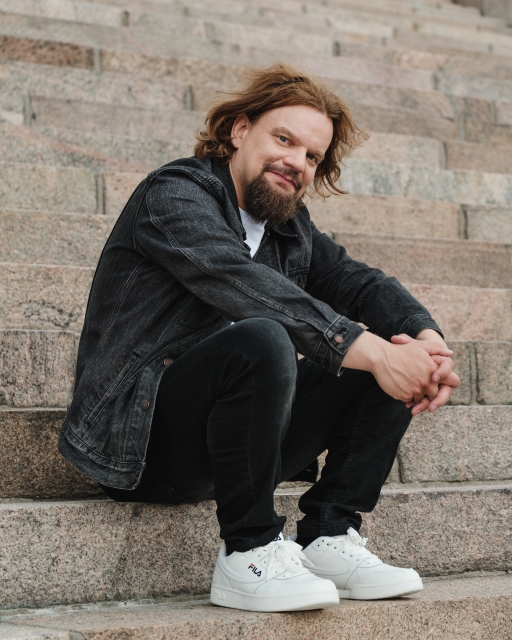 Ismo, a Finnish comedian, admits that the Finnish language can be puzzling even to native Finns.

Hakala said some of the applicants are now looking to extend their visas to remain in Finland.

The struggle to learn Finnish

After applying to 47 jobs, Gowdy, who was a corporate trainer in the US, finally landed an interview. Midway through it, though, she said, it was clear her Finnish wasn’t good enough.

“I did as much Finnish as I could, and then I switched into English, and I think it really rubbed them the wrong way, but I was like, ‘I'm doing the best I can,’” she said.

Gowdy said she knows of several expatriates in Finland who’ve had experiences like hers. Many are highly qualified in their fields but with only intermediate Finnish-language skills, they struggle to succeed. Finding state-sponsored language classes can also be challenging, she said.

Related: How to build a countrywide AI strategy? Finland is turning its seniors into evangelists.

And the classes rarely provide participants with the level of Finnish that employers require. A survey last year found that almost half of companies in Finland that suffer from labor shortages want their foreign employees to speak native-level Finnish.

Finnish is famously difficult to learn. It has no connection to Latin or Germanic languages, and it sounds unlike most European languages. With 15 different grammatical cases, no future tense and no genders, even some Finns concede their mother tongue is hard to master.

“It’s kind of similar in most languages, like mama, mutti, mother, or mère. But in Finnish, the word is äiti.”

Well-known Finnish comedian Ismo Leikola (who goes by Ismo) gives the example of the word “mother”: “It’s kind of similar in most languages, like mama, mutti, mother, or mère. But in Finnish, the word is äiti.”

Finnish also has some of the longest words in the world. Ismo’s favorite is epäjärjestelmällistyttämättömyydelläänsäkäänköhän, which he admitted doesn’t make a whole lot of sense in English.

“It roughly translates as, ‘I doubt that, probably not even with his ability to be this organized,’” he said.

Penelope Roux moved to Espoo, just outside of Helsinki, from the UK 20 years ago. Her husband is Finnish, and her three sons speak the language fluently.

Roux hasn’t mastered it yet — she said that’s partly because when foreigners try to speak Finnish, locals respond in such perfect English that it is painful to continue a conversation in Finnish. 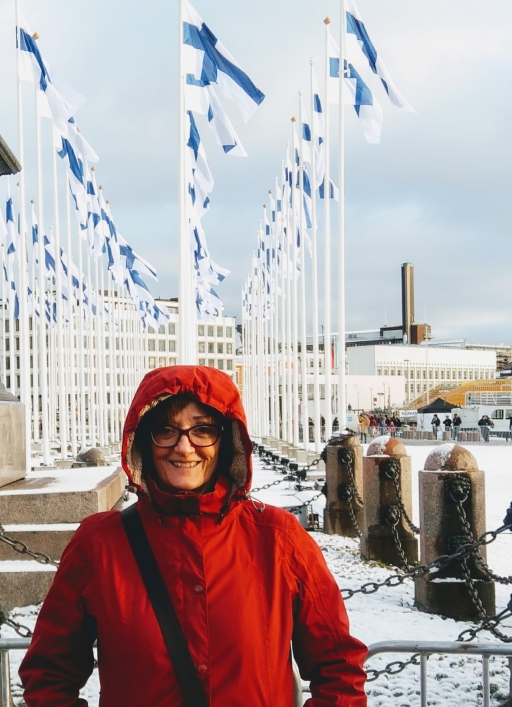 Penelope Roux, who moved to Finland from the UK, stands in front of Finnish flags. She says that she hasn't mastered the Finnish language yet and many of the people she encounters in Helsinki stick to English.

“Everybody speaks English in Helsinki, everybody you're most likely to meet,” Roux said.

Related: These Sámi women are trying to keep their native Skolt language alive

Arja Haapakorpi, a senior research fellow at the Faculty of Social Sciences in Tampere University agreed, and said she doesn’t see much merit in the mayor’s suggestion, which she thinks may be just a publicity stunt.

The mayor was elected to office only last month.

“He likes publicity a lot. He is just starting out in this position. So, I don't think that he's totally 100% serious with that proposal,” Haapakorpi said.

Haapakorpi pointed out that the worst labor shortages are in the health and social sectors and in the restaurant business, due to the pandemic. These professions often require workers to speak fluent Finnish so they can communicate easily, especially with older Finnish customers.

All public-sector companies in Finland require employees to speak both Finnish and Swedish. 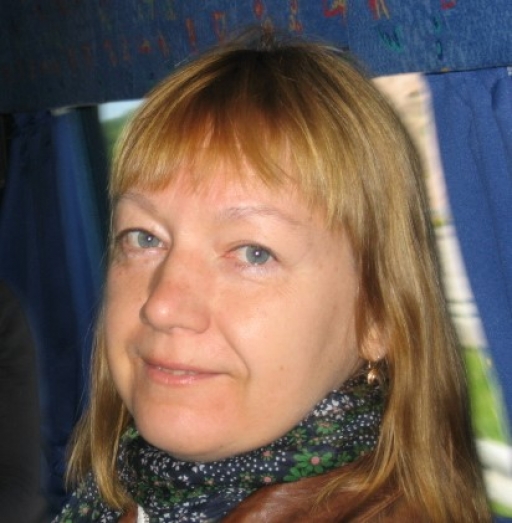 Arja Haapakorpi, a senior research fellow at the Faculty of Social Sciences in Tampere University, says she thinks the Helsinki mayor's proposal is a publicity stunt.

Gowdy suspects that the mayor may be looking to garner support among English-speaking foreigners who have a vote in future elections.

Any changes to the law governing official languages used in Helsinki would have to be agreed upon at the national level, she said.

So, the mayor’s suggestion may face further obstacles.

Gowdy has since set up her own baking business. Locals are already expressing interest in her products, she said, and her Finnish is getting better.

Meanwhile, Finnish comedian Ismo has some good news for foreigners trying to master the language.

“The grammar is super complicated but pronouncing Finnish is super simple. You only have to learn, like, five things, and then you can pronounce everything, always,” Ismo said.