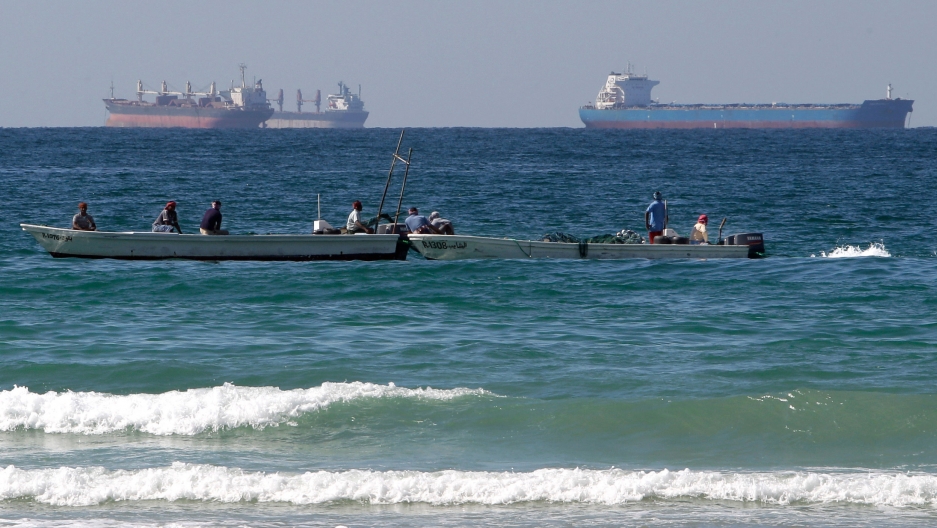 Fishing boats are seen in front of oil tankers on the Persian Gulf waters, south of the Strait of Hormuz.

Iran began bypassing the narrow and fraught Strait of Hormuz on Thursday exporting crude oil for the first time in the Gulf of Oman.

During a ceremony marking the inauguration of the project, outgoing Iranian President Hassan Rouhani called the plan "strategic."

Iranian state media described the move as an indication that sanctions imposed by the US were being defeated. Washington placed sanctions on Tehran after former US President Donald Trump pulled his country out of a nuclear deal between Iran and world powers.

The project, which began in 2019 and will cost some $2 billion in total, helps Iran lessen its dependency on its main oil export terminal on the Persian Gulf island of Kharg. The shortcut also reduces transportation and insurance expenses for oil tankers.

The facility currently allows the pumping of some 30,000 barrels of crude into tankers per hour, via a floating anchored offshore jetty, or single point mooring. It is located some seven kilometers (4.7 miles) off the coast.

"82% of this project has been completed and so far more than 1.2 billion dollars have been spent on this," Oil Minister ‌Jan Zanganeh said.