The news of Tuesday’s attack on The HALO Trust in Afghanistan hit me hard. The Trust is an international nonprofit organization that clears landmines and unexploded bombs and shells in multiple countries. They have saved thousands of lives. I count my own among them.

Ten HALO staff were killed in the attack Tuesday on a camp in Baghlan province, in the northeast of Afghanistan. Sixteen more were wounded. Gunmen entered the camp and went bed to bed, and began shooting men as they slept. The victims, like almost every HALO employee in Afghanistan, were Afghans. It seems so senseless to me. These are men who risk their lives every day to save others.

Related: Women in Afghanistan push for rights and more representation amid ongoing talks between the Afghan government and the Taliban

“This is the most serious incident The HALO Trust has endured in its existence,” said HALO’s CEO, James Cowan, adding that the charity group would not be deterred from continuing its work.

“Each one of those young men was a member of a family; was a father, a brother or a son. And the hole they have left in The HALO Trust is huge.”

“Each one of those young men was a member of a family; was a father, a brother or a son,” he said. “And the hole they have left in The HALO Trust is huge.”

It’s not known who carried out the attack — Afghan officials are blaming the Taliban. But Cowan told the BBC that, on the contrary, local Taliban had helped in the aftermath.

Cowan said The HALO Trust would not be frightened.

Related: Afghan amb to the US on the Taliban: ‘They are not interested in peace but power’

“We’re going to stay … We’re there for the people of Afghanistan, and we still have a job to be done.” 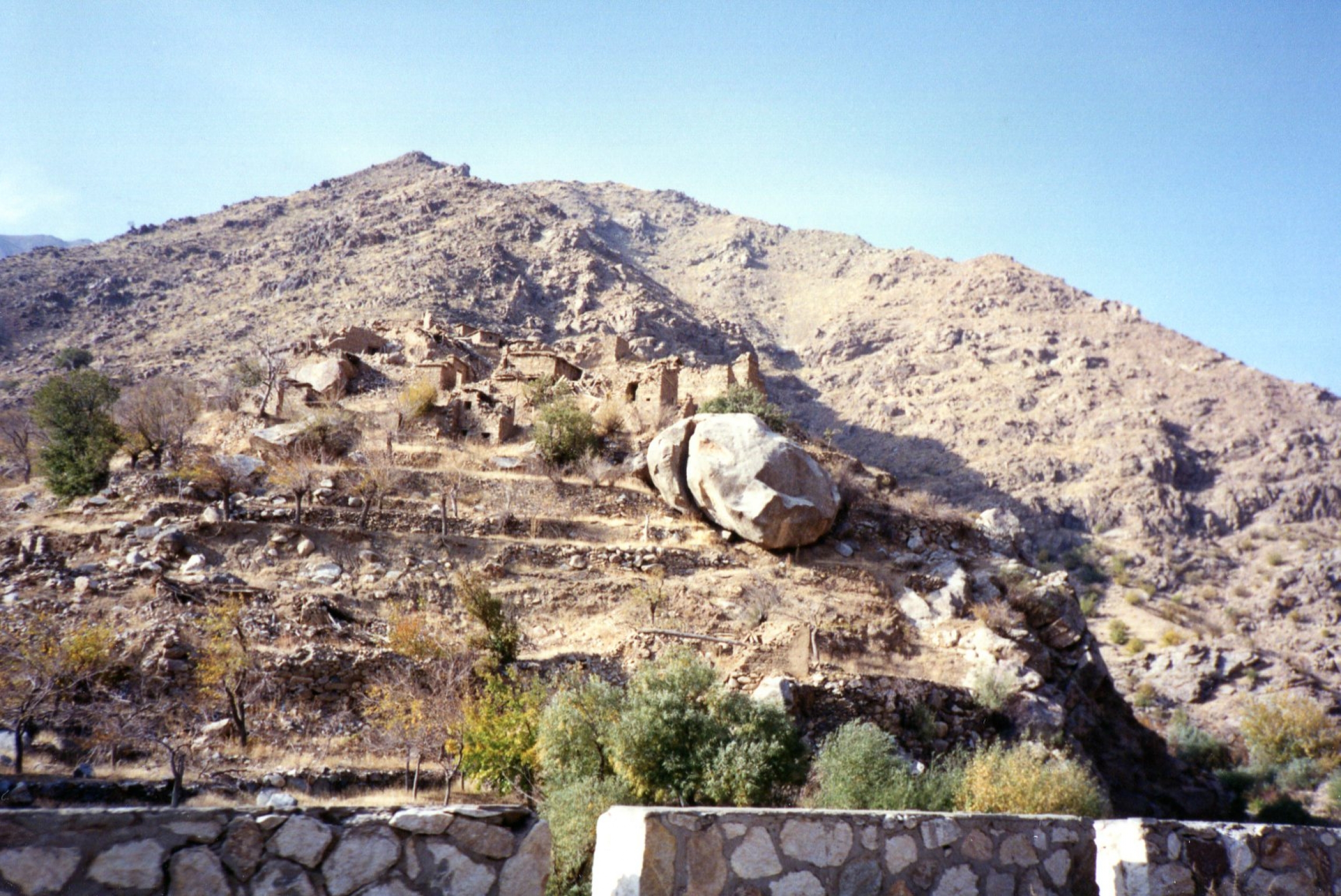 A wrecked and mined village in the Salang Valley, Afghanistan, Nov. 7, 1991.

By coincidence, I had been chatting with HALO for the previous week, tying up some loose ends for my book.

“As a country, it has a special place at the heart of HALO’s identity.”

“As a country, it has a special place at the heart of HALO’s identity,” HALO’s director of programs, Tim Porter, reminded me this week.

HALO stands for Hazardous Area Life-support Organization. It was founded by a former British army officer called Colin Mitchell. He was a veteran of many counterinsurgency campaigns in the twilight years of the British Empire, earning a nickname in the press of Mad Mitch for his outspoken manner and aggressive tactics.

But in 1988, he began a new life trying to help ordinary people affected by war. With his military background, he decided on demining, and recruited a group of former officers in the British armed forces and nurses. They went out to recruit, train and lead teams of deminers. They blustered their way into some of the most appalling war zones of that era, at the end of the Cold War: first Afghanistan, then Cambodia, Angola, Mozambique and elsewhere.

I met some of these guys on my visit to Afghanistan in 1991. The HALO Trust helped keep me alive. 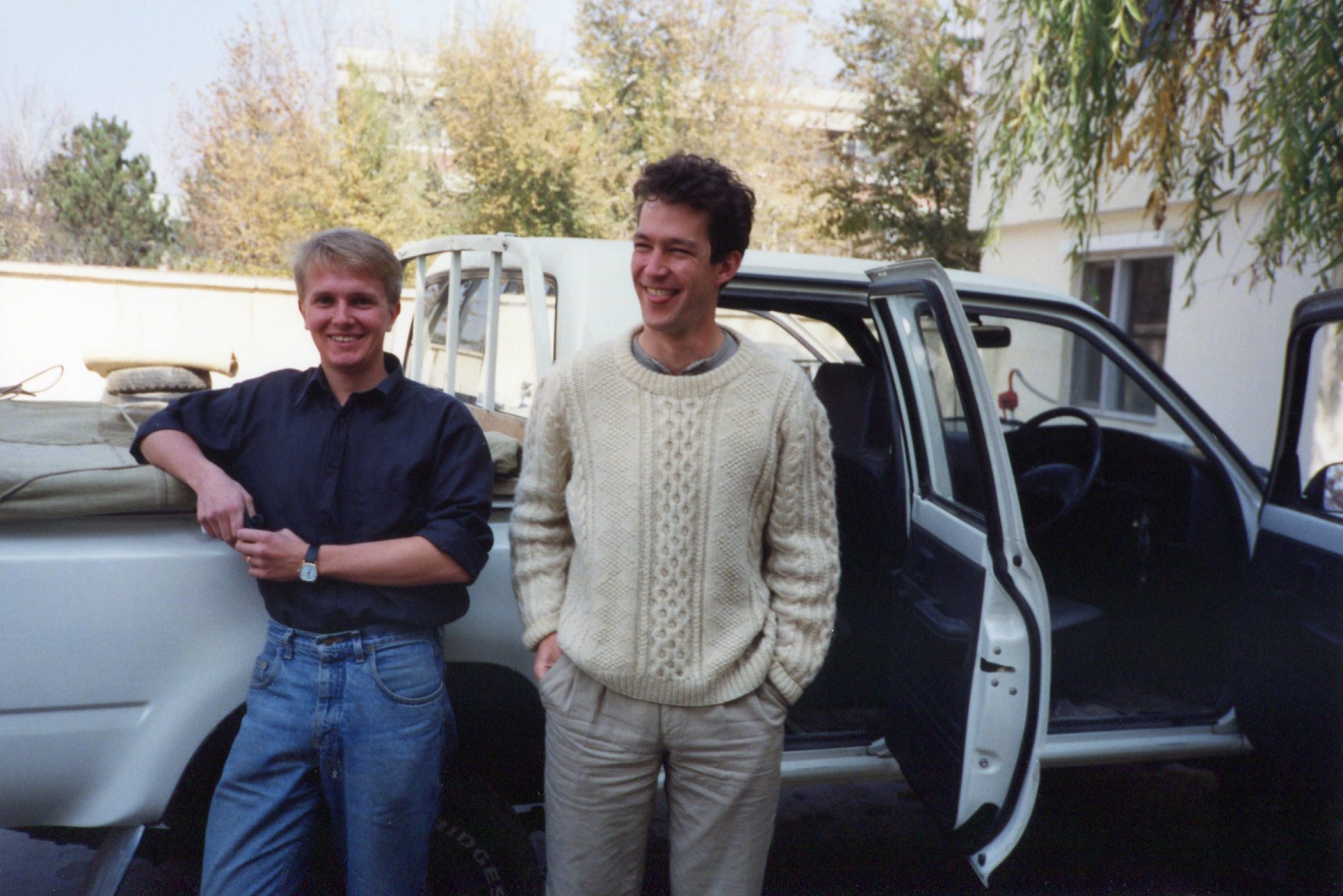 The author, Chris Woolf (left), and BBC colleague, Chris Bowers, at the beginning of the convoy, Nov. 7, 1991.

It was my first day outside of the capital. My first day in a combat zone. It was extremely challenging. My BBC colleague and I were traveling in a humanitarian aid convoy with a couple of mine experts. One was from HALO. As soon as we hit the city limits, we came across an armored personnel carrier that had just been hit by a huge anti-tank mine.

The scene was awful enough, but then there’s the realization that the road you’re on is mined. That’s pretty unsettling. The mines are buried, sometimes five together, very deep in potholes. The mine guys had the experience, skill and confidence to somehow drive us safely through that mined road.

More directly, an hour or two later, we made a pit stop by an open field. I can still see it. I started walking toward a copse of trees to relieve myself when one of the HALO guys grabbed my arm and pulled me back onto the pavement, yelling, “Where the hell do you think you’re going?” 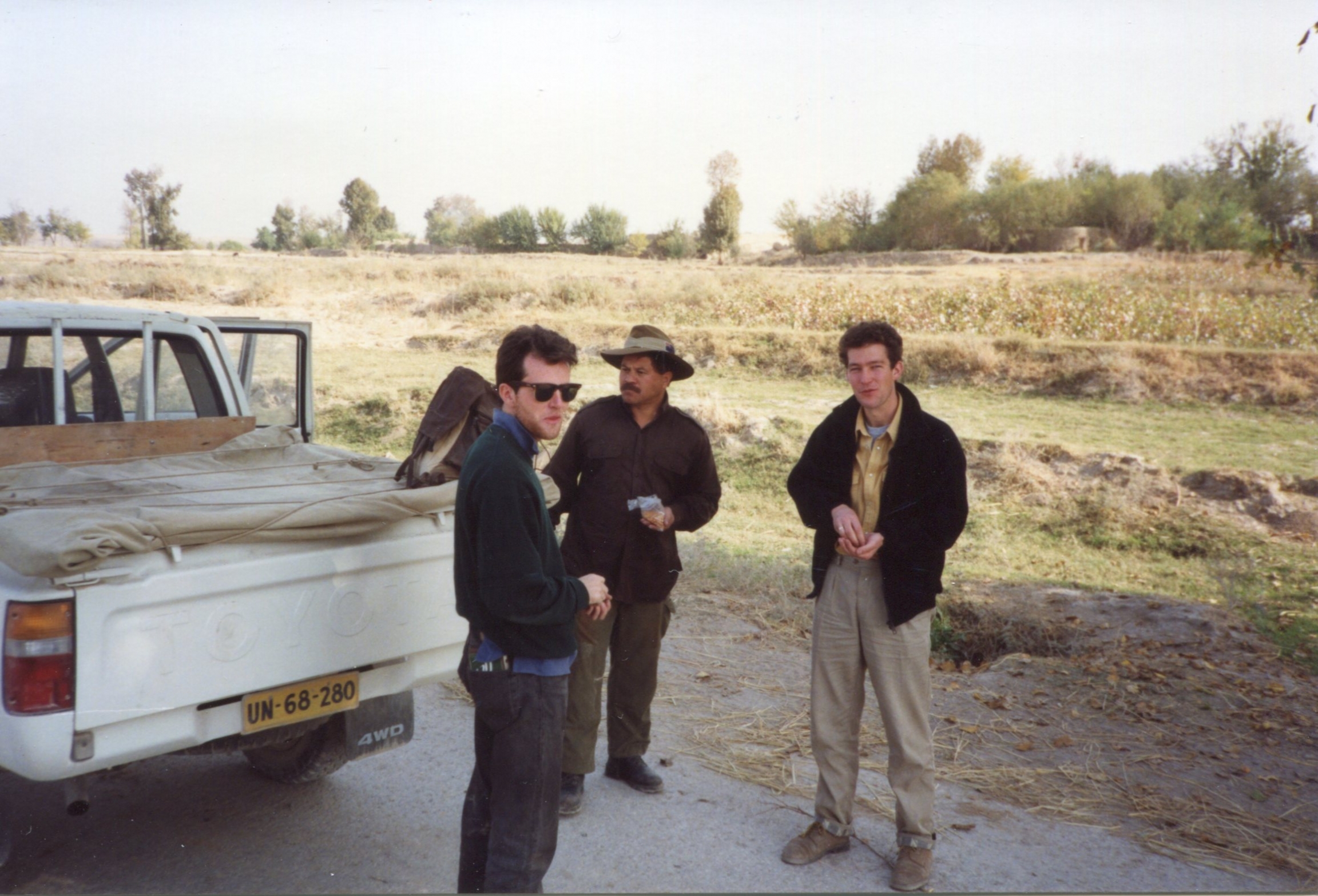 A pit stop in Baghlan Province, Afganistan, 1991. The BBC’s Chris Bowers (right), with officials from The HALO Trust and the UN.

I quickly learned that you never go off the pavement or tarmacked road, if you can avoid it. That’s a privilege denied to the farmers and their families who have no choice but to go into the fields. That rude, rapid education was critical to staying safe during my time there.

The third instance was that same night when we sheltered at their office in Pul-i-Khumri during an assault on that city. Pul-i-Khumri is very close to the scene of this week’s attack. It was the first major HALO base outside of Kabul, and remains a central hub for their operations.

Landmines in Afghanistan largely remain as a dreadful legacy of the Soviet occupation way back in the 1980s. Both sides laid mines everywhere. The rebel mujahidin got some from Pakistan, with CIA backing. But most of the mines — by far — were laid by the Soviets and their communist allies.

They left millions of landmines in the ground when the regime collapsed in 1992. Some with batteries died. Some with wooden casings rotted away. But most are activated mechanically by pressure, so in a dry climate like Afghanistan, they last for decades. More were laid in the civil war years in the 1990s. They’re still there.

Every year, 2,000-3,000 Afghans are killed or wounded by mines. Clearing them requires science and courage. It’s a Sisyphean task.

Chris Woolf is a former journalist for the BBC and The World. His book, “Bumbling Through the Hindu Kush: A Memoir of Fear and Kindness in Afghanistan,” is being published in September. For more information, check out his Facebook page or for more photos, go to his Instagram page.