Women, as much as any other demographic in Afghanistan, have a pressing interest in ensuring a just and sustainable peace in their country, after fighting hard for their rights for the past 20 years.

And yet, there are just four female government negotiators representing women’s interests who are involved in the current peace talks taking place in Doha, Qatar between the Taliban and the Afghanistan government, and in upcoming talks in Istanbul.

This illustrates a brazen disregard for the rights of women and marginalized communities, especially since the Taliban and its various satellite factions are routinely conducting targeted killings of women, political opponents and minorities, according to a recent United Nations report.

The UN says that in the first three months of this year, there were 573 civilians killed and 1,210 wounded in armed conflict in Afghanistan, marking a 29% increase over the same period in 2020.

Taliban ideology remains brutally misogynistic. The Taliban refuses to concede the humanity of those with whom they disagree. As they unleash a campaign of violence and terror, constitutional rights are threatened and undermined on a daily basis, and the hard-won gains that Afghan women have made over the past two decades are in danger of being lost. 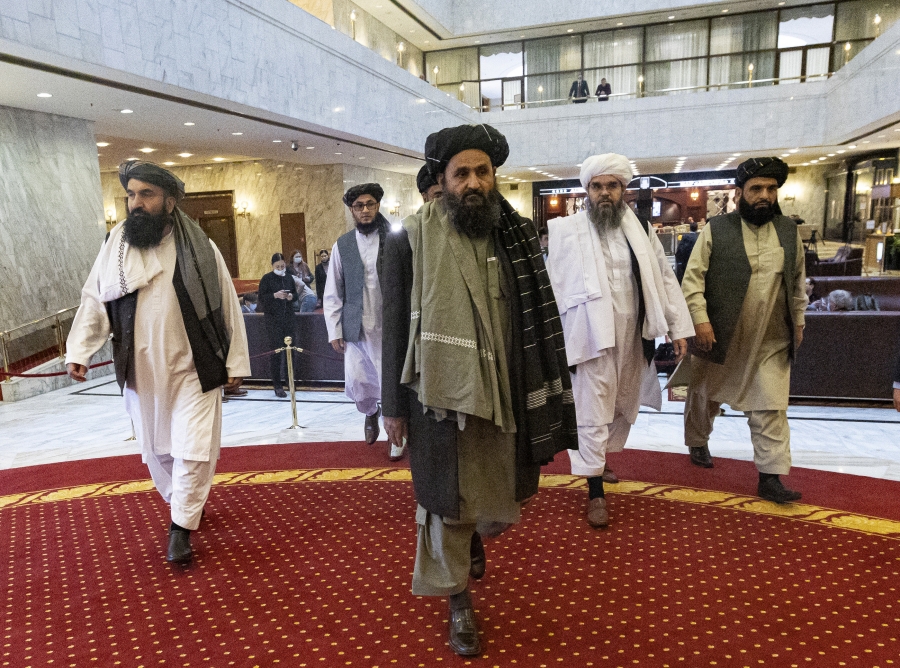 Yet women have remained fearless in their defence of these gains. They are at the negotiating table in Doha, and they’ll soon be in Istanbul, insisting on being included and heard. Women’s rights advocates in Afghanistan are determined to preserve their constitutional rights and status as guaranteed by the current constitution, which came into force in 2004.

Constitutions are fundamentally important and play a significant role in processes of change. They set out how power is distributed, and its limits. The recognition of women’s rights and interests at the constitutional level, therefore, carries great weight. It gives women a position from which to challenge power hierarchies and to reshape institutional structures in a more inclusive manner for women and other marginalized groups.

While much attention is paid to the guarantees of rights in constitutions, equally important are provisions that set out the structure of state institutions that ensure women’s political participation and representation.

It’s therefore been critical that the post-conflict peace process include women. Beyond the obvious benefits of the participation of all citizens in the peace process and constitution-making, the impact the war has had on women and their families in particular, makes their participation integral.

Read more: A peace agreement in Afghanistan won't last if there are no women at the table

Women Living Under Muslim Laws — a global feminist research network for gender justice equality for those whose lives are shaped, conditioned or governed by patriarchal and/or authoritarian interpretations of Islam — has been organizing in support of Afghan women’s demands throughout the peace process via a campaign called No Peace Without Women’s Rights in Afghanistan.

The peace process in Afghanistan is at a critical juncture. At the end of April 2021, the governments of the United States, Russia, China and Pakistan met with the negotiating team of the Afghan government and the Taliban in Doha to support intra-Afghan negotiations.

The US is eager to leave Afghanistan, with American troops already beginning to pull out, and military bases closing. The Taliban has seized upon this moment to dictate the terms of the negotiations, the boundaries of the peace process and future arrangements.

Demonstrating their power, the Taliban has been reluctant to participate in the upcoming Istanbul talks, first dropping out, until recently agreeing to attend. Recent events in Afghanistan, notably the bombing of a school and a mosque during the Eid ceasefire by extremist groups, including ISIS, have provided the impetus for the Taliban to reassert its position as the legitimate victor in the war with the US, and return to the negotiation table. 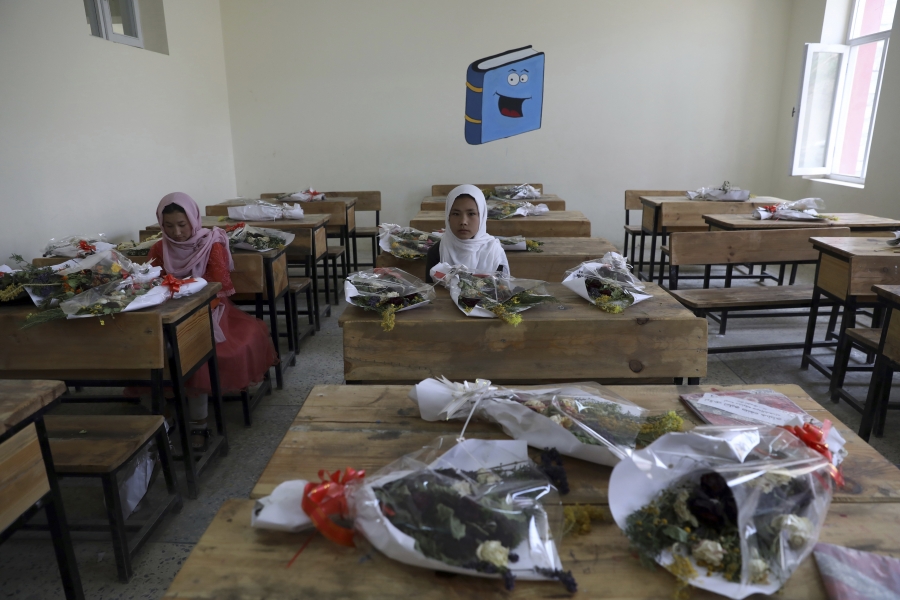 Schoolgirls sit inside a classroom with bouquets of flowers on empty desks as a tribute to the dozens killed in the May 8 bombing of the Sayed al-Shuhada girls school, in Kabul, Afghanistan, May 16, 2021.

The Sept. 11, 2021 deadline for an unconditional, full US withdrawal from Afghanistan has caused fear and apprehension, especially among women’s rights advocates. Together, with human rights advocates, the Women Living Under Muslim Laws network is concerned that in the political bargaining process between the exiting US and the Taliban, women’s interests will be sacrificed. There is a very real fear that gains made in areas of women’s education, employment and political participation will be rolled back.

That must not happen. Without women’s inclusion and meaningful participation, any peace agreement will lack legitimacy.

The international community’s emphasis on safeguarding the role of legitimate government and Afghanistan’s constitution is crucial. Ensuring basic rights for all Afghan citizens is critical to developing trust in dialogue and fostering a conciliatory environment for peace talks.

Women’s rights advocates remain hopeful that the international community will continue to support human rights, gender equality and democratic governance. Afghanistan deserves a sustainable peace premised on respect for the human rights of all its citizens, regardless of religion, gender or ethnicity. Peace in Afghanistan and the inclusion of women will resonate across the region and around the world.