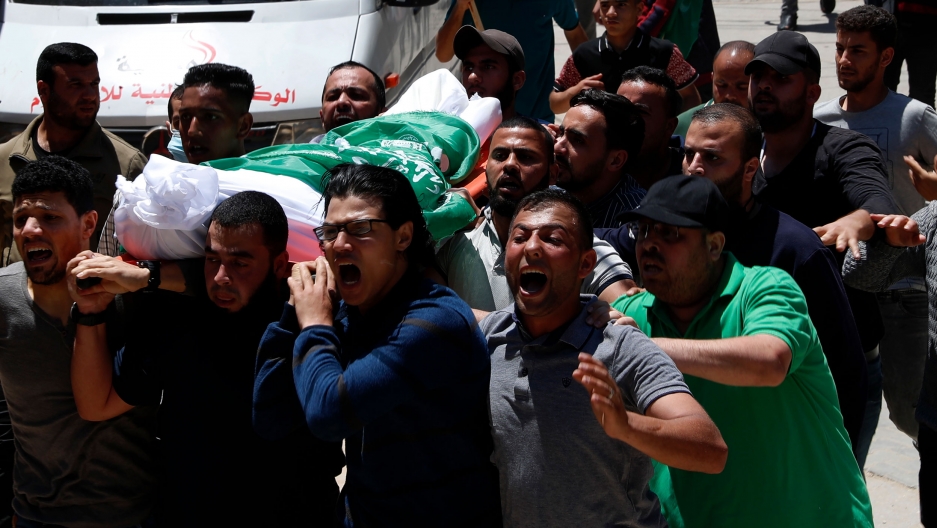 Mourners chant Islamic slogans while carrying the body of Awad Abu Selmiya, during a funeral of 13 Hamas militants outside a mosque in Gaza City, May 13, 2021.

Israel-Gaza
Israel carried out more airstrikes in Gaza, killing as many as 10 senior Hamas leaders and destroying a couple of high-rise buildings as the militant Hamas returned fire, sending a barrage of rockets at Israeli cities. Since Monday, 83 people have been killed in Gaza and seven in Israel. The fighting has triggered rioting in the streets and violent clashes between Arab and Jewish Israelis in several cities, with mobs destroying businesses, stoning cars and dragging people from vehicles and severely beating them.

COVID-19 outbreak in Asia and the Pacific
The International Federation of the Red Cross has warned about the surge of coronavirus cases in countries in Asia and the Pacific, pushing health systems to the brink of collapse. Over 5.9 million infections have been reported in the region in the past two weeks and many countries are also seeing their vaccination efforts hampered by shortages and costly logistics.

China-Uyghurs
Research by the Uyghur Human Rights Project has found evidence of imprisonment and detention of at least 630 imams and other Muslim religious figures in China’s Xinjiang region since 2014, under charges of "propagating extremism," "gathering a crowd to disturb social order," and "inciting separatism." In cases where information was available, court documents and testimony show harsh prison sentences, including 17 life sentences.

For pregnant women, getting the COVID-19 jab is a challenging choice 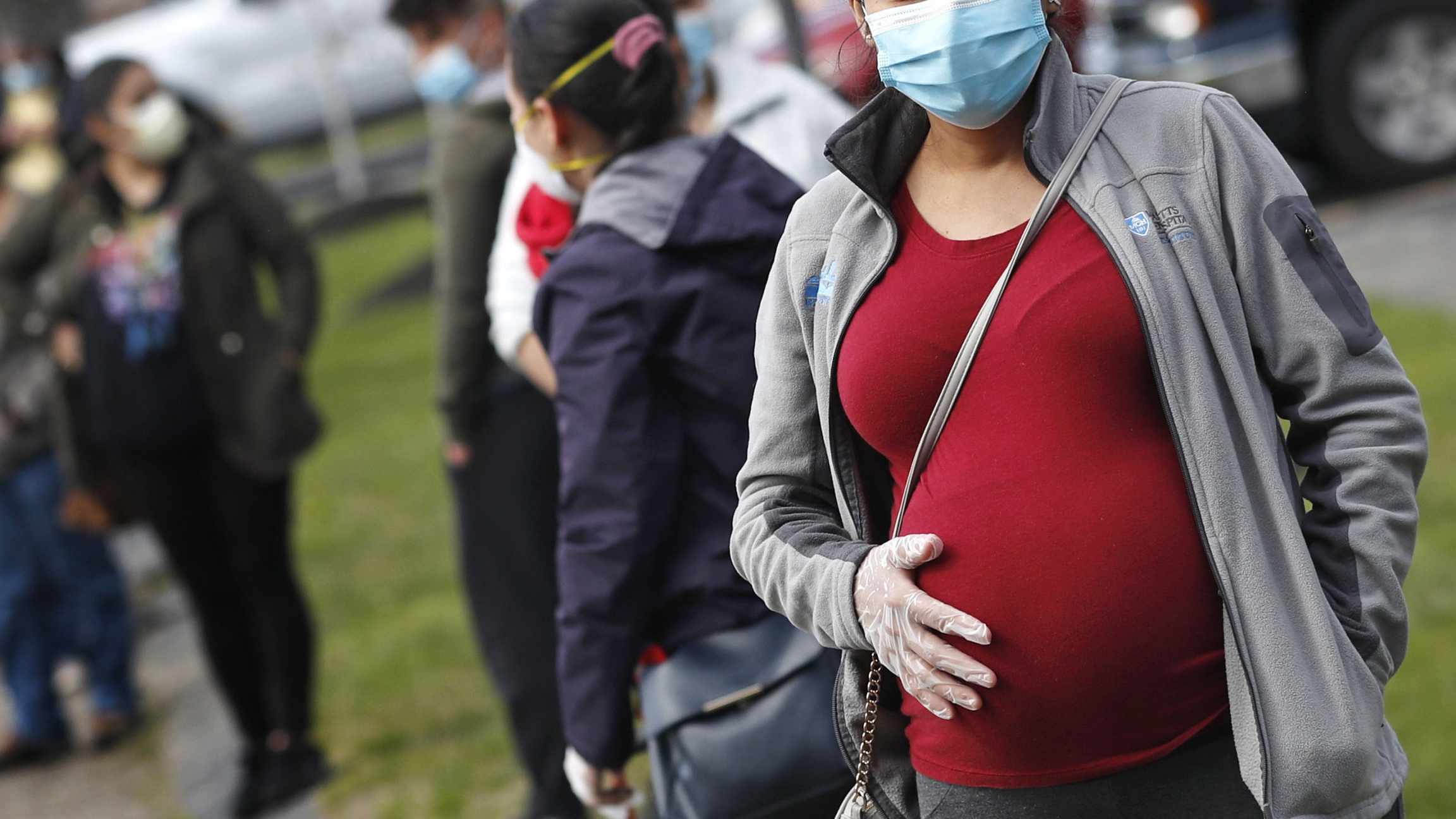 A pregnant woman wearing a face mask and gloves holds her belly as she waits in line for groceries with hundreds during a food pantry sponsored by Healthy Waltham for those in need due to the COVID-19 virus outbreak, at St. Mary's Church in Waltham, Massachusetts, May 7, 2020.

Information on vaccines for pregnant women differs, depending on the country. Making the choice to get the shot while pregnant can get complicated, explains Valerie Fernández, who faced the decision herself in Arizona.

"In late April, I went to a vaccination site in Tempe, Arizona," Fernández writes. "As they were giving me the shot, I looked away because I’m afraid of needles. I held my breath and cried a little. In a second, I felt the weight of the world. Had I made the right decision? I was privileged to have a choice to make in the first place. But it wasn’t an easy one."

A decade of war has devastated Syria's health care system 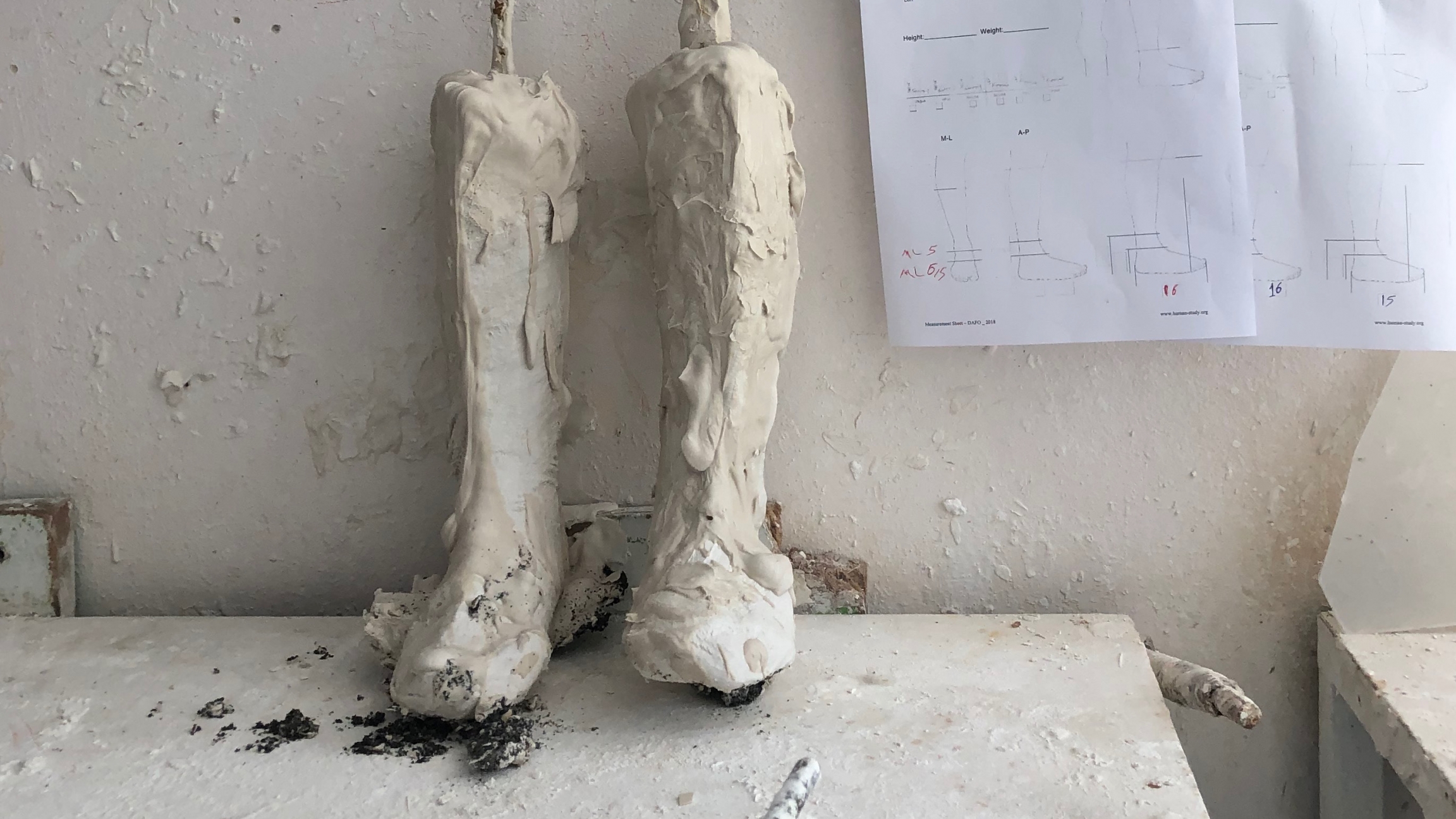 Temporary cast of Jad's legs at the workshop at the NSPPL center in Reyhanli, Turkey. Specialists will use these to make the permanent braces that will help Jad walk.

Sometimes, the most basic services are not available to patients. And it can lead to dire consequences. Only 64% of hospitals across the country are functioning, according to a report by the International Rescue Committee published last March. In addition, 70% of the health care workers have fled the country. 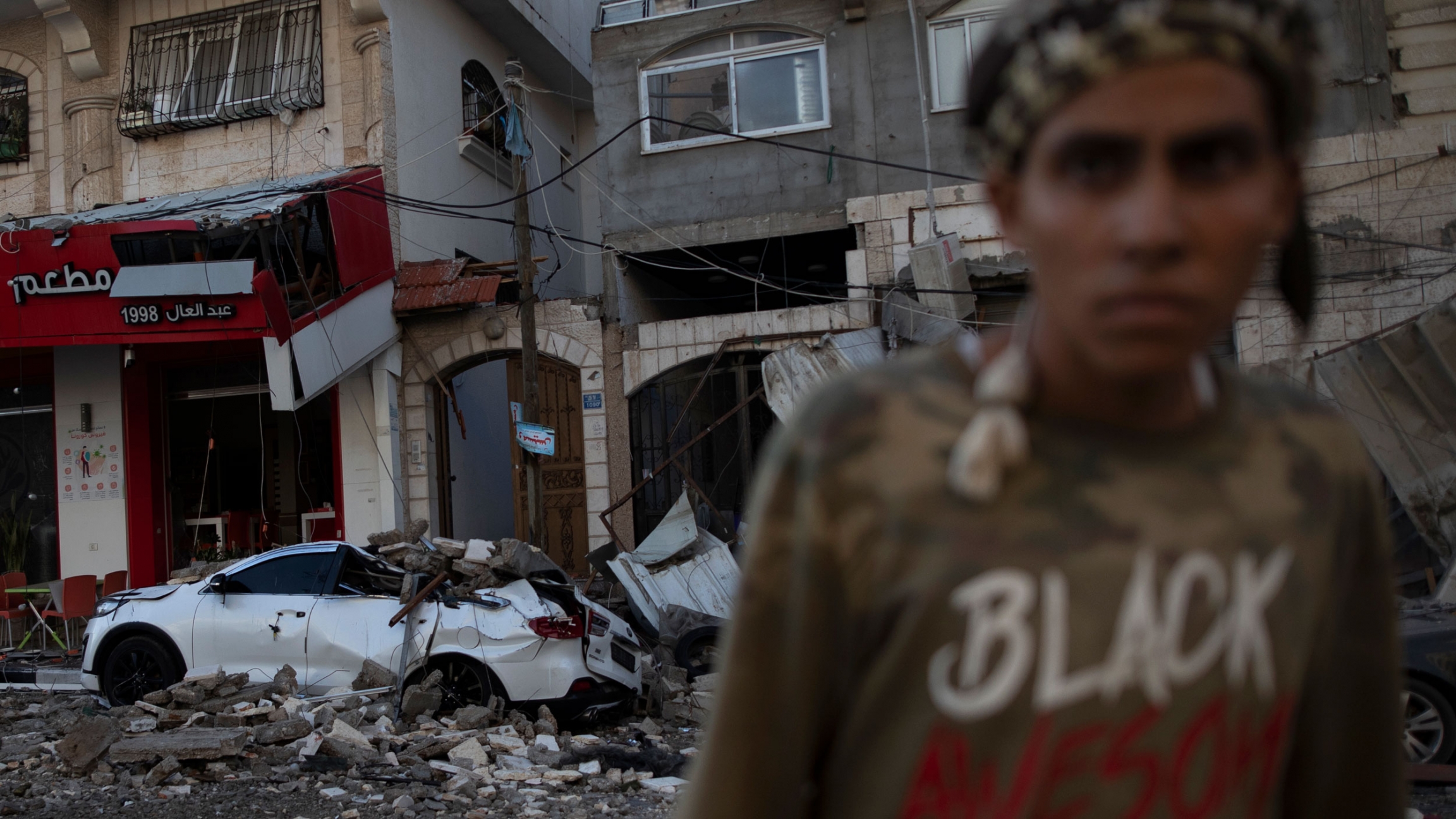 Escalating violence in Israel and Gaza continues, with exchanges of rocket fire and airstrikes. Officials in the Gaza Strip say that at least 65 Palestinians were killed by Israeli airstrikes launched after the Palestinian militant group Hamas fired hundreds of rockets at Israeli towns, resulting in the death of six Israelis. And, the US is defying an international treaty that would classify used plastic as hazardous waste. Also, the number of days until the Tokyo Olympics are dwindling down. But the pressure to cancel them continues to increase.