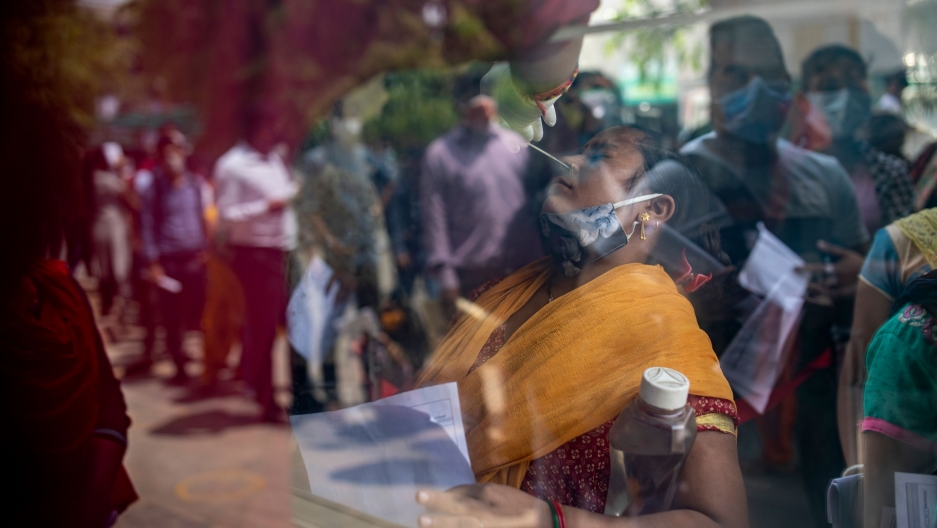 A woman gets her swab sample taken to test for COVID-19 at a government hospital in Noida, a suburb of New Delhi, India, April 15, 2021.

With the hospital system on the brink of collapse, India marked another bleak milestone on Wednesday after reporting more than 3,200 deaths from the coronavirus, pushing the country past 200,000 total deaths during the pandemic. India became the fourth country to surpass the grim marker behind the United States, Brazil and Mexico.

India is struggling to contain the new surge of COVID-19 cases, which started spiking in March, setting yet another global record, reporting 362,757 new infections in a single day. Hospitalizations and deaths are reaching record highs as supplies of oxygen, hospital beds and other critical supplies have run out. And, experts fear the crisis may be even worse than the officially reported figures because of possible undercounting.

The rapid spread of the coronavirus in India has neighboring countries on high alert and while more research is needed, there are growing concerns over the potential of a new, more contagious variant in the country.

Protests turned deadly in Chad on Tuesday as thousands of people took to the streets demanding a return to civilian rule. At least five people were killed in the protests calling for an end to the military’s control of the country. The ruling military council took power on April 20th after the death of President Idriss Déby who ruled the country for 30 years. Déby’s son, Mahamat Idriss Déby, was declared the president and will oversee the country’s transition to elections for 18 months. There was calm on Wednesday following the deadly clashes between the military and protesters, despite continued calls from civil society groups for further demonstrations.

And, in another reversal of the Trump administration’s policies, the US Justice Department has repealed certain grant funding restrictions for sanctuary cities. According to an internal memo, Maureen Henneberg, the acting head of the Office of Justice Programs, quietly removed the requirement that linked federal grant funding for law enforcement to cooperation with US Immigration and Customs Enforcement.

As Cyprus' leaders convene for peace talks in Geneva, some Cypriots say 'expectations are low' 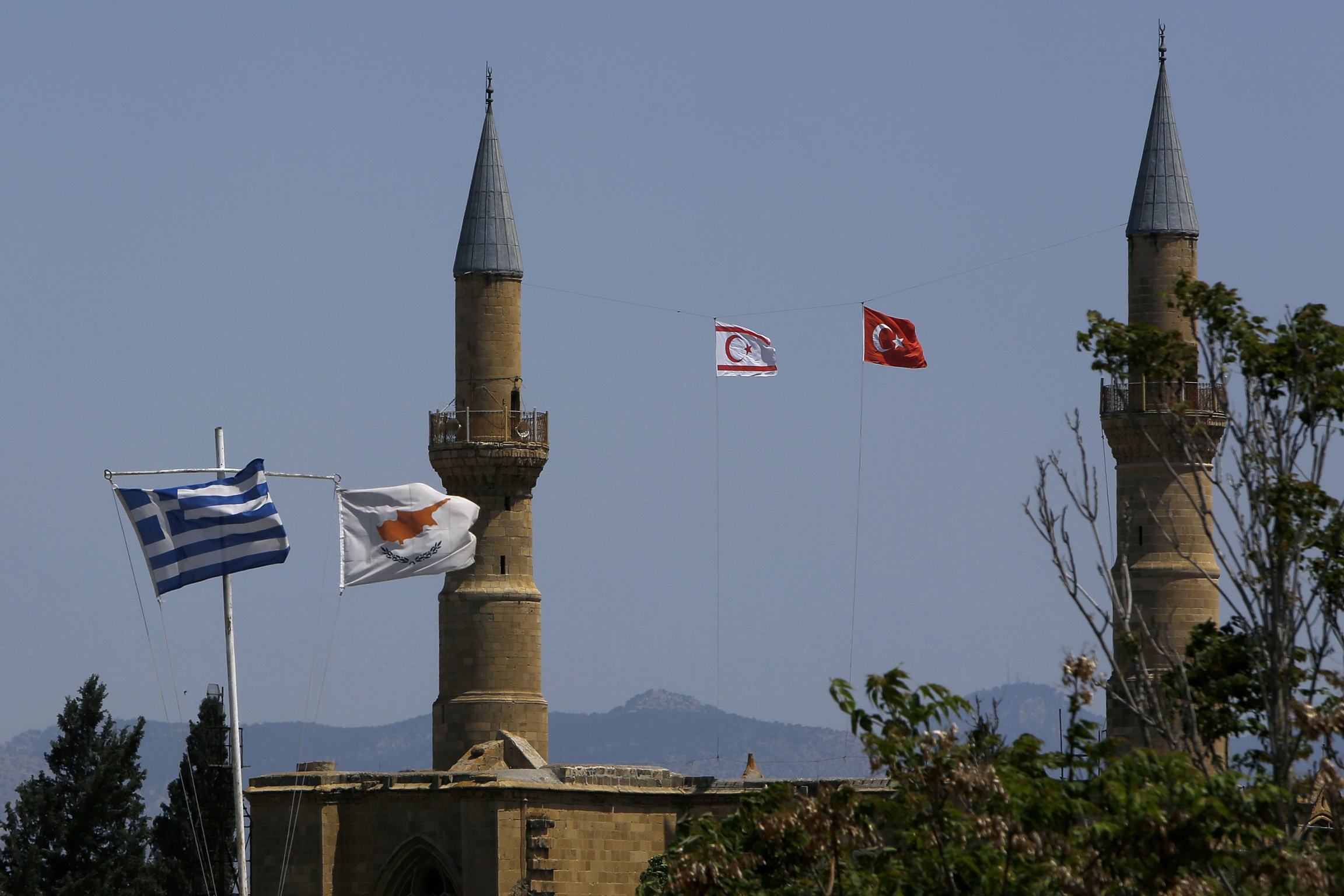 Rival Cypriot leaders are meeting in Geneva in an attempt to find common ground on issues that have divided the eastern Mediterranean island nation for decades. Turkish Cypriot and Greek Cypriot leaders, along with other stakeholders, are discussing potential solutions to what’s widely known as the “Cyprus issue.”

This center in Turkey was a refuge for Syrian youth. The pandemic shut it down. 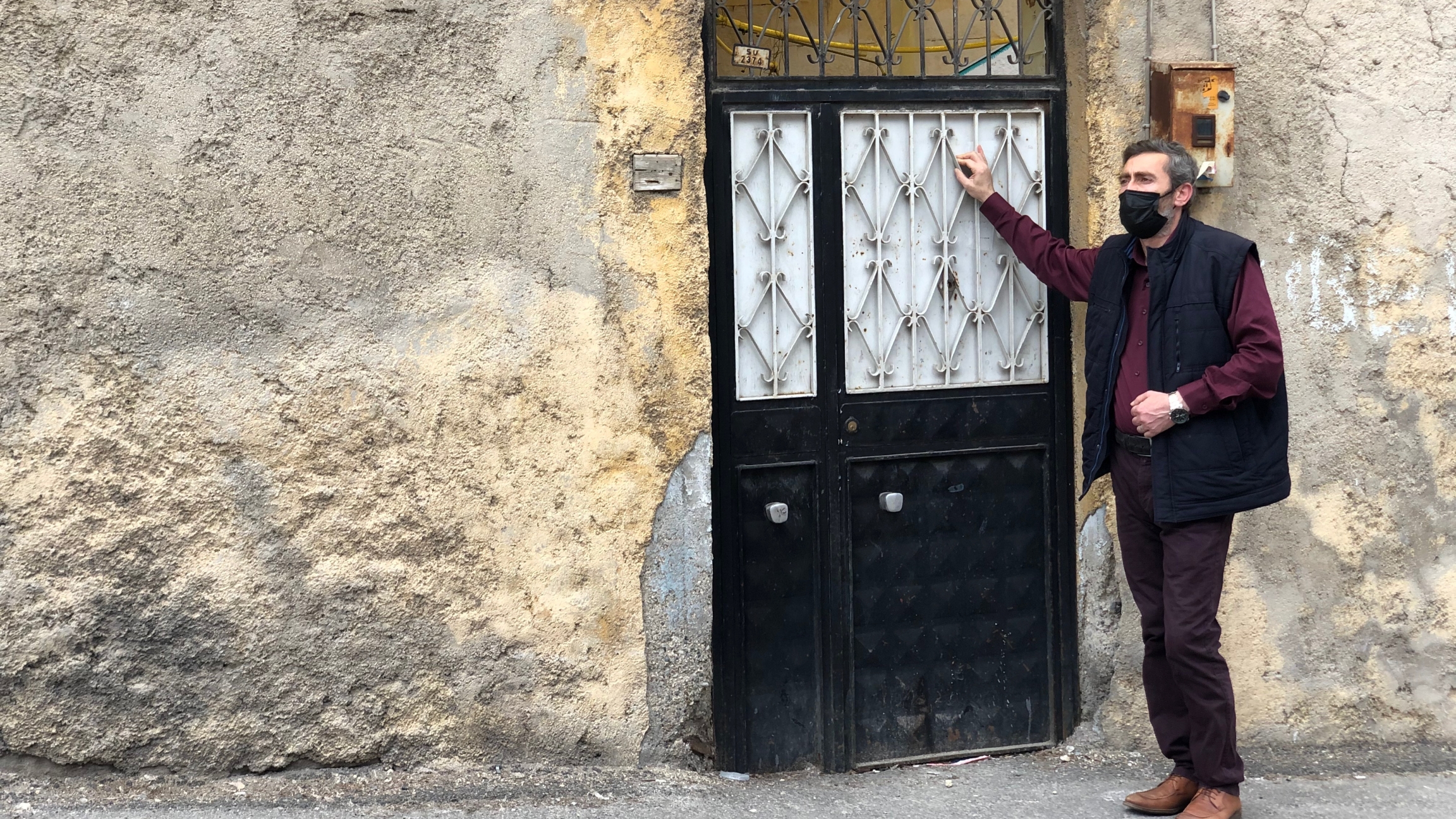 Salim Abdul Ghani helped start the Rainbow Center in the Akyol neighborhood in Gaziantep, Turkey, to help Syrian youth stay off the streets.

Seven years ago, volunteers started the Rainbow Center in response to the large number of Syrian children they saw working on the streets of Gaziantep, Turkey, a city close to the border with Syria.

More than 100 children, ages 7-10, frequented the center six days a week. They came to learn, make art, play and receive mental health support. But today, the community center is closed amid the pandemic.

After sifting through nearly 10,500 entries from more than 70 countries, judges narrowed down a winner: An image titled "Taste," showing a family making a meal in China. The photo was praised for its composition and lighting, and Li Huaifeng, the Chinese photographer who snapped that shot, was been named the Pink Lady Food Photographer of the Year 2021. 📸 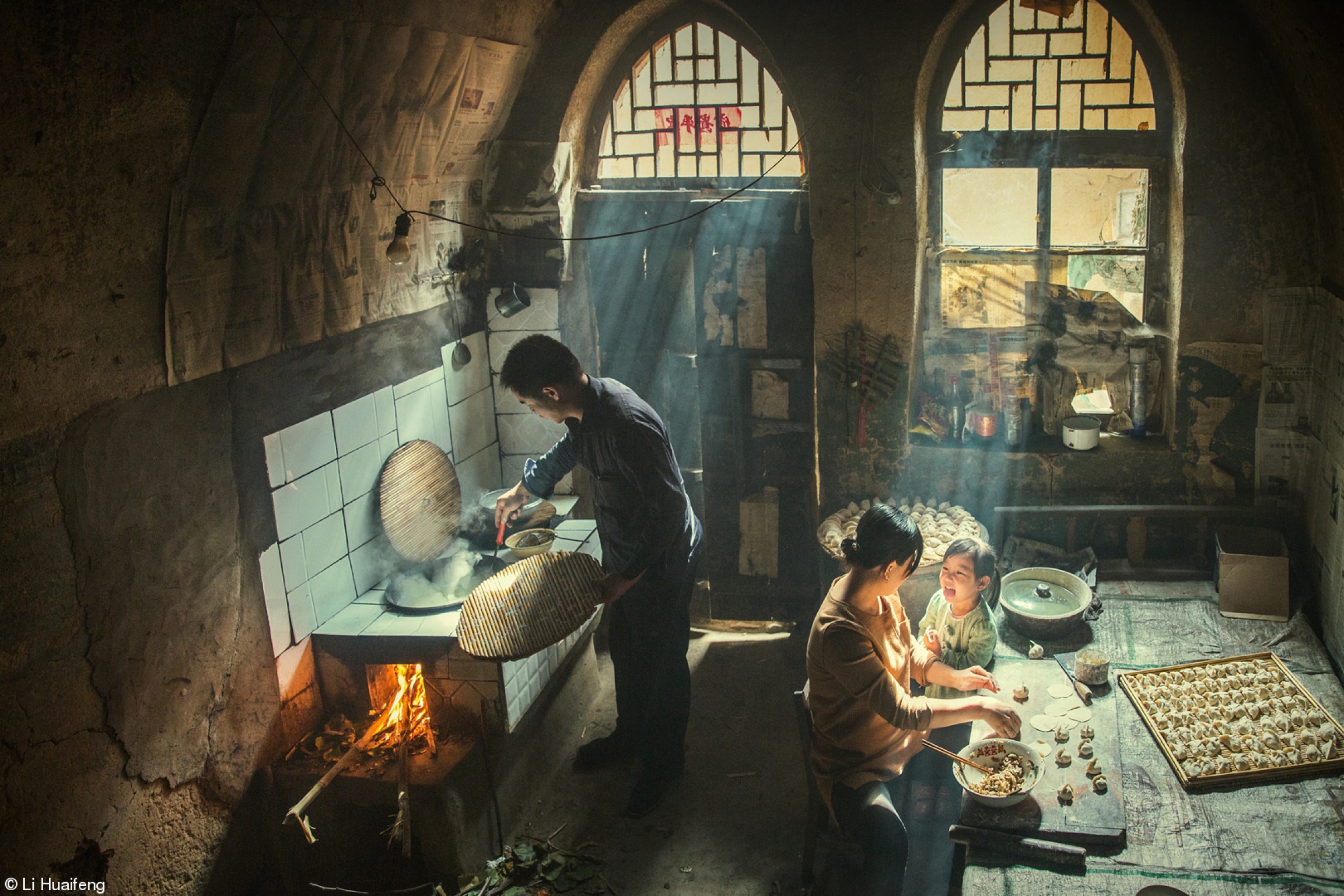 "Taste" was taken in Licheng, Shanxi, China on a warm and sunny day, and shows a young family sharing in the joy of preparing food.

Listen: The impact of COVID-19 on aid for Syrian refugees 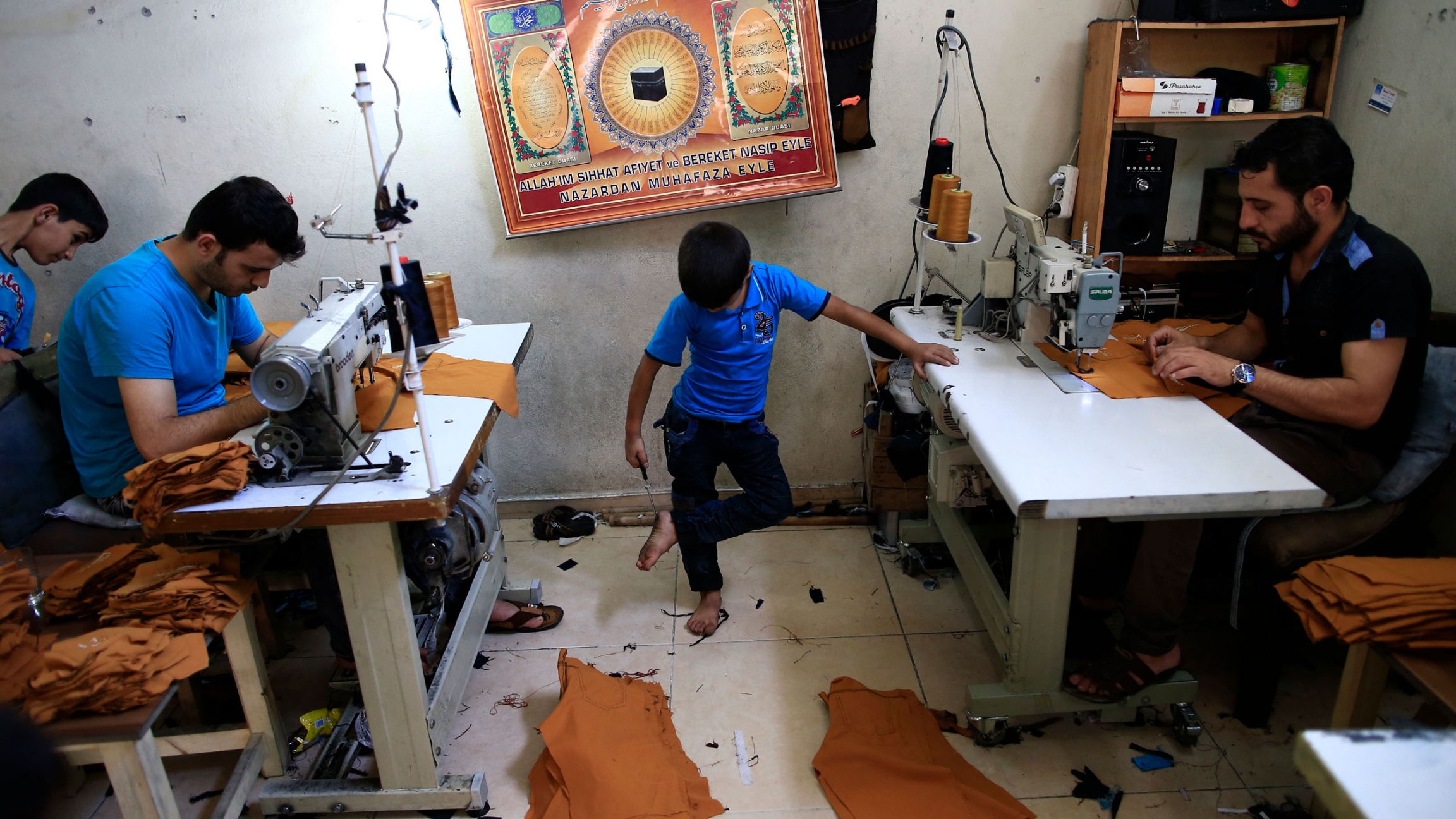 A center in Turkey near the border with Syria, which helped Syrian child laborers get therapy and education, has been shut down because of the pandemic. Now there are concerns about the fate of the children who benefited from it.