Salim Abdul Ghani leans on the wall of the residential building in the Akyol neighborhood in Gaziantep, Turkey, which used to be the center of his world.

“For three years, we stayed in that building,” he said, with a look of sadness on his face.

The building houses the Rainbow Center, which he and a group of volunteers started seven years ago in response to the large number of Syrian children they saw working on the streets of Gaziantep, a city close to the border with Syria. 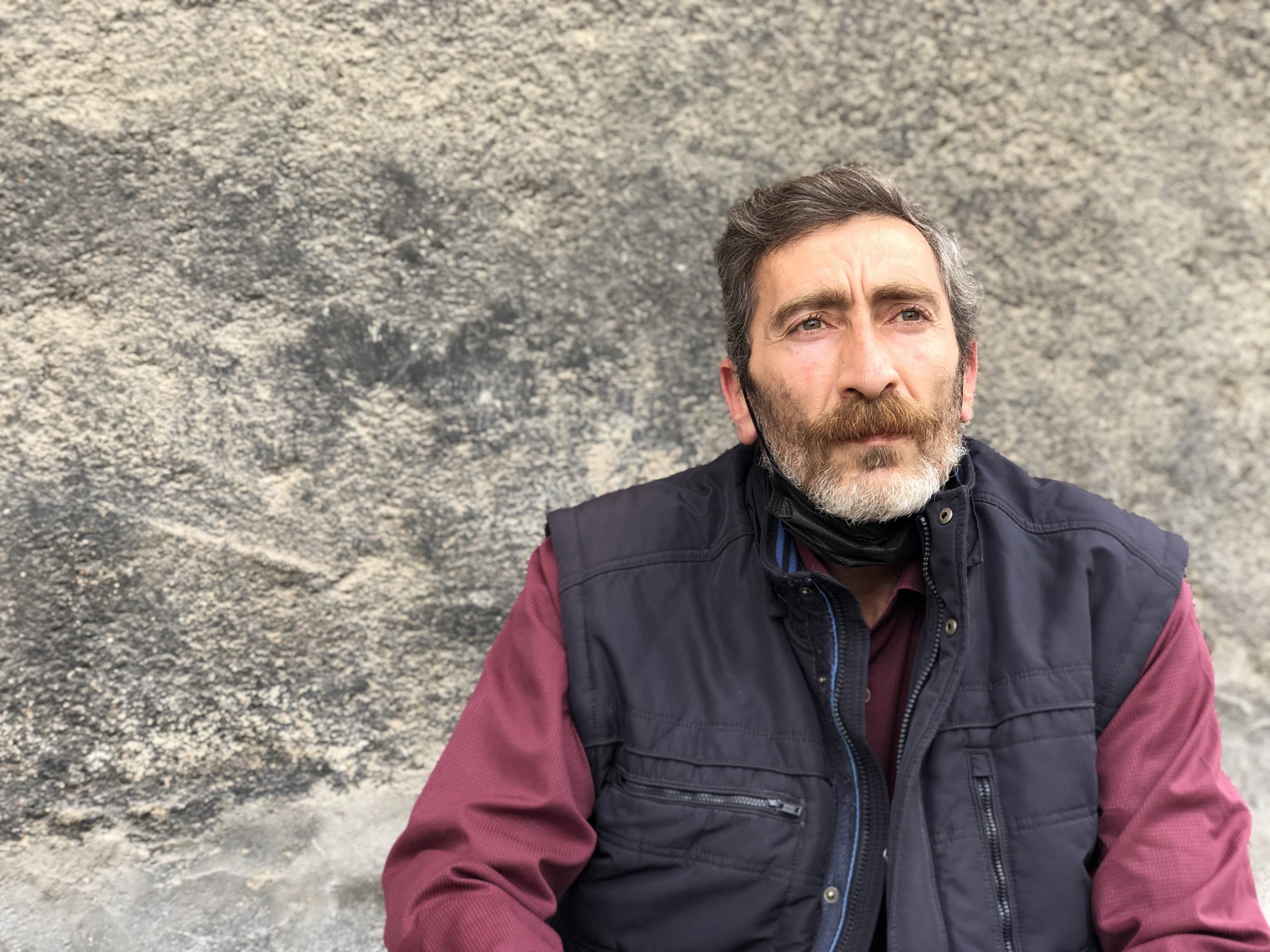 More than 100 children, ages 7-10, frequented the center six days a week. They came to learn, make art, play and receive mental health support. The Rainbow Center gave the kids and their families a lifeline, said Ghani, who fled war-torn Aleppo some years ago.

But today, the community center’s door is locked — nobody is around and the only sound comes from the hum of generators at a nearby hospital. It was forced to close over a year ago, along with schools and businesses, when the pandemic hit Turkey.

It’s unclear when the center might be able to reopen. The government just announced another three weeks of lockdown to curb the coronavirus in the country, which has the fourth-highest number of infections in the world.

“This is a crisis that affected our center. ... The pandemic is a global problem. But for us, it’s even harder because we were not equipped to deal with it.”

“This is a crisis that affected our center,” Ghani explained. “The pandemic is a global problem. But for us, it’s even harder because we were not equipped to deal with it.”

Now, Ghani worries about how the children are faring. Some of the children have lost one or both parents, and all of them, displaced by the war in Syria, are traumatized, he said. Many have been forced to work, and most have also lost years of education.

Family incomes have fallen or vanished completely during the pandemic, and schools are closed. And all of that puts more pressure on children to earn money.

According to the International Labor Organization, the coronavirus pandemic has put millions of children at risk of being forced into work. “Protect Children from Child Labour, now more than ever!” the ILO declared last summer.

For Ghani, identifying children in the area who needed support wasn’t hard. All he had to do was walk around the main streets and intersections — he spotted children picking through trash or selling merchandise like gum.

Related: This photographer tells the story of Syria’s war through the eyes of children

He would approach them and ask if they had guardians and if so, could he meet them. Then, he would try to convince the guardians to send their children to the center.

“We couldn’t cover the money the children were making on the street, and the families couldn’t go without that income. So, we would ask the parents if the kids could come to the center at least a few hours a week.”

“We couldn’t cover the money the children were making on the street,” Ghani said, “and the families couldn’t go without that income. So, we would ask the parents if the kids could come to the center at least a few hours a week.”

All of the kids were traumatized, Ghani said. They would flinch at the sudden sound of a door closing or a tap on the shoulder. That’s why he arranged for the children to undergo a psychological evaluation when they first arrived at the center. If the children needed support, the center provided it through a partnership with another nongovernmental organization.

Then, the children would get lessons in Arabic and Turkish and took part in various workshops in subjects such as theater, music or drawing — all run by volunteers. Over the years, Ghani said, the Rainbow Center became a sanctuary, a safe space for Syrian children traumatized by war and displacement.

Roughly 4 million Syrians have fled to Turkey since the start of the war in 2011. More than half of them are children, according to UNICEF. Some have lost one or both parents to the war.

In Gaziantep, every third inhabitant is from Syria, according to information from the Friedrich-Ebert-Stiftung nonprofit foundation, which has an office in Turkey and has featured the center’s work.

At the Rainbow Center, they could play, draw, sing. Be themselves. Even if for a brief moment. But the pandemic robbed them of that escape.

‘They loved the center’

One family that Ghani has been checking in with regularly since the start of the pandemic is Sharifa Riza and her four young sons. They live in an abandoned house tucked away at the end of a narrow alleyway. Riza’s sons went to the Rainbow Center. Now, they’re at home full-time. 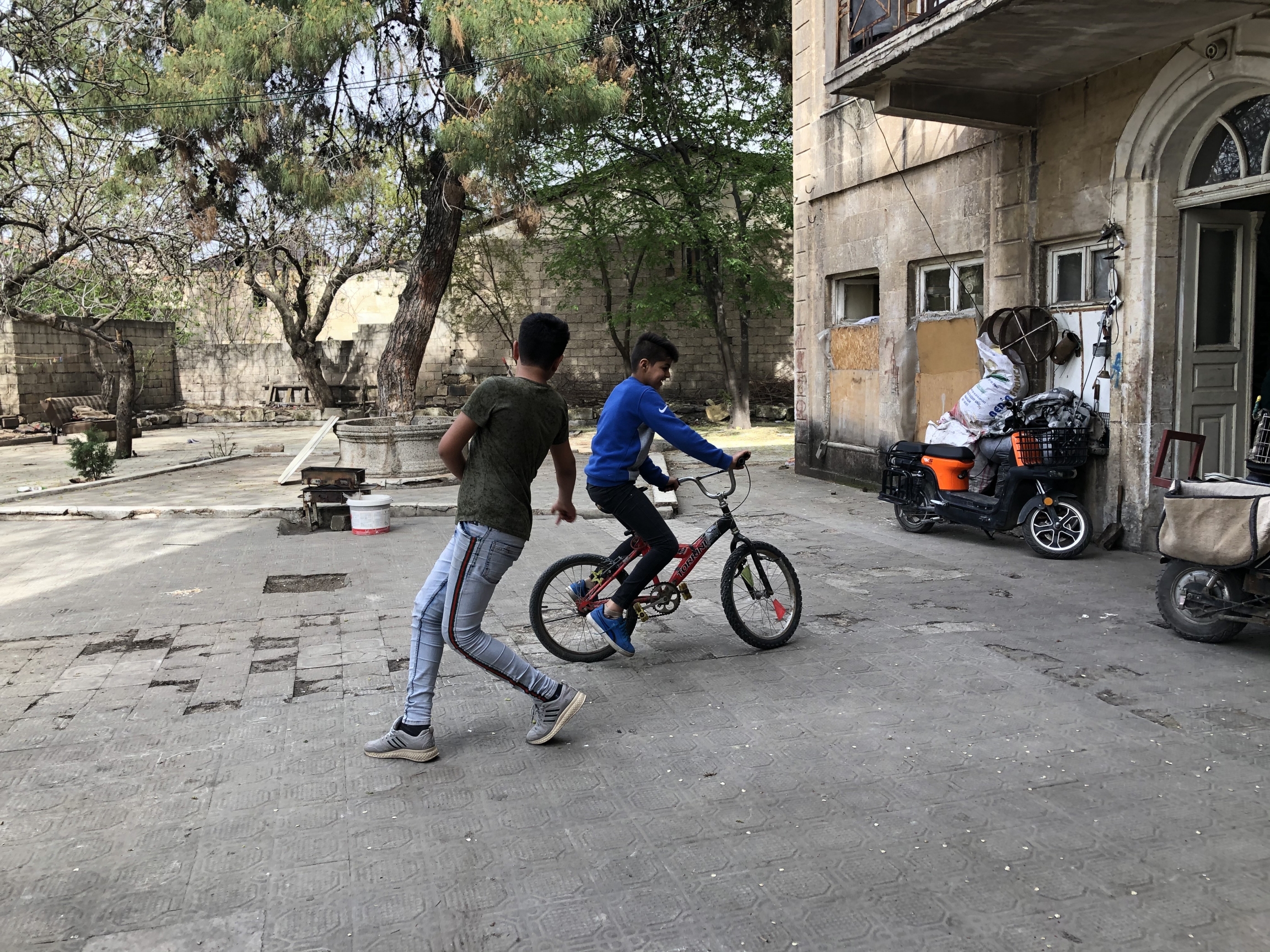 Salim Abdul Ghani has been checking in with Sharifa Riza and her four young sons since the start of the pandemic. They live in an abandoned house tucked away at the end of a narrow alleyway. Riza’s sons went to the Rainbow Center. Now, they’re at home full-time.

Riza told the story of how she was forced out of Syria. Her husband was a baker and one night, when he was asleep at the shop, a fire broke out and took his life. Then, came the war — fighter jets dropped bombs near the family’s home.

Riza and her sons fled to Turkey nine years ago. The first few months in this country were tough, she said. They had no financial support and didn’t speak Turkish. So, three of the boys had to work. One worked at a toy store, another sold women’s accessories, Riza explained.

“I was so happy when they started going to the center. They were learning Arabic.”

“I was so happy when they started going to the center,” she said. “They were learning Arabic.”

That's important to her because none of her sons, who are between the ages of 11 and 14, can read or write in Arabic. They never went to school in Syria.

She said her children are hard workers and want to learn and go to school. “They loved the center,” she said. “I didn't force them to go but they were so motivated to go themselves.” 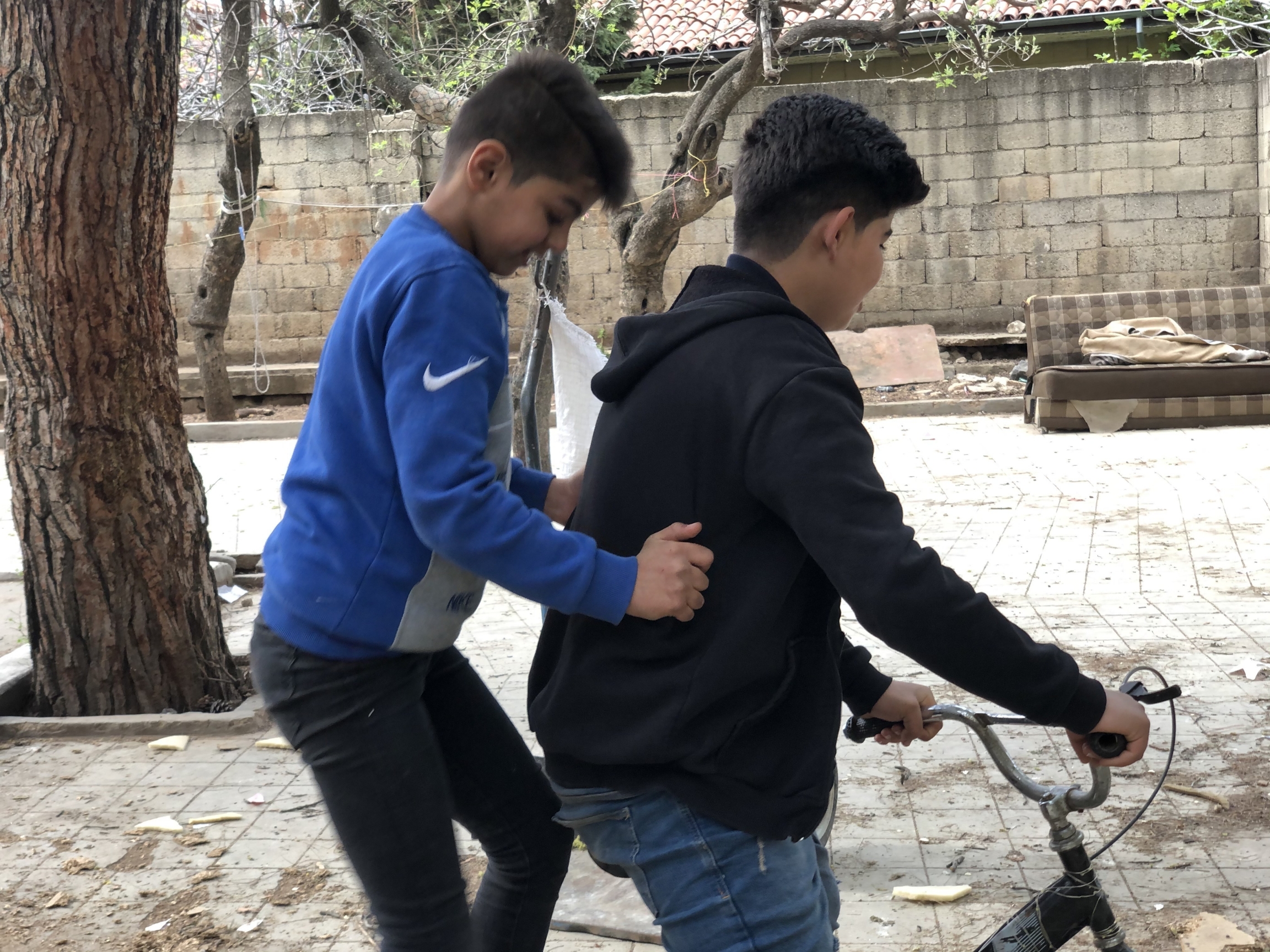 Salim Abdul Ghani has been checking in with Sharifa Riza and her four young sons since the start of the pandemic. They live in an abandoned house tucked away at the end of a narrow alleyway. Riza’s sons went to the Rainbow Center. Now, they’re at home full-time.

Riza’s sons continue to work odd jobs. The family gets a monthly stipend from the Turkish government but their situation in Turkey remains precarious.

Ghani said he sees a lot of potential in Riza’s children. He has helped get two of them enrolled in Turkish schools. Bilal, who is 11, is at the top of his class now, Ghani explained, looking on proudly as the children played in the yard.

What pains Ghani today is that he was just starting to see the fruit of his labor. He said he saw the changes the program brought to Syrian youth.

“They played, sang, made friends. A new world opened to them,” he said, his eyes welling up with tears.

He hopes the pandemic will be over soon — and that once again, he can hear the sound of children at the Rainbow Center.