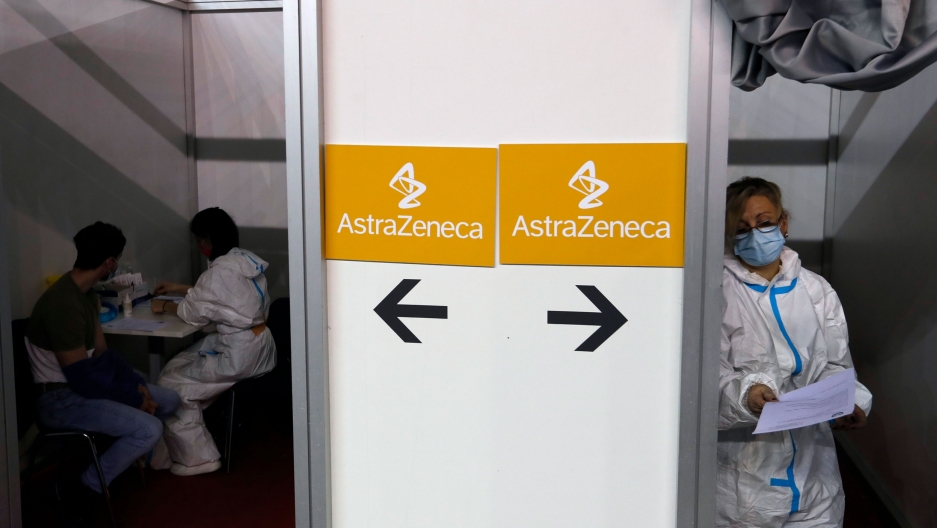 A man receives a COVID-19 vaccine at a vaccination center in Belgrade, Serbia, March 21, 2021.

The European Union has launched legal action against pharmaceutical giant AstraZeneca for failing to comply with the terms of its contract with the 27-nation bloc, in what the EU has described as delays in the delivery of hundreds of millions of doses of the coronavirus vaccine.

AstraZeneca’s contract with the EU pledges the delivery of 300 million doses initially, and an option of a further 100 million. During the first quarter of 2021, the company hoped to deliver 80 million doses, but only 30 million were sent. As a result, the EU alleges AstraZeneca broke the contract, escalating a long-running dispute.

AstraZeneca said the EU’s legal action, which is backed by all member states, was without merit as it pledged to defend itself in court. “We are making progress addressing the technical challenges and our output is improving, but the production cycle of a vaccine is very long, which means these improvements take time to result in increased finished vaccine doses,” AstraZeneca said.

While the legal spat between the EU and AstraZeneca plays out, the company still has not received approval for its coronavirus vaccine in the US, leaving the country sitting on a stockpile of unused doses. Facing weeks of pressure, the Biden administration announced Monday plans to share up to 60 million doses of the AstraZeneca vaccine with other countries, after a federal safety review.

Human Rights Watch (HRW) alleged in a report on Tuesday that Israel is guilty of the international crimes of apartheid and persecution against Palestinians within its own borders and in the occupied territories. HRW claims the government enforces an overarching policy to “maintain the domination by Jewish Israelis over Palestinians” in Israel, the West Bank and Gaza, coupled with “systematic oppression” and “inhumane acts.” Taken together, HRW argues in its 213-page report that  it amounts to the crime of apartheid. Israel has adamantly rejected that characterization.

Meanwhile, world powers resumed high-level talks in Vienna on Tuesday in an effort to bring the US back into the nuclear deal with Iran, the Joint Comprehensive Plan of Action (JCPOA). Delegations from Iran, along with Britain, China, France, Germany, Russia and the US, have been meeting in Vienna for several weeks to agree on the steps that would be needed for the US to return to the deal. With no direct talks between the US and Iran, representatives of the five countries shuttle between both sides for negotiations. Iran has rejected direct talks. 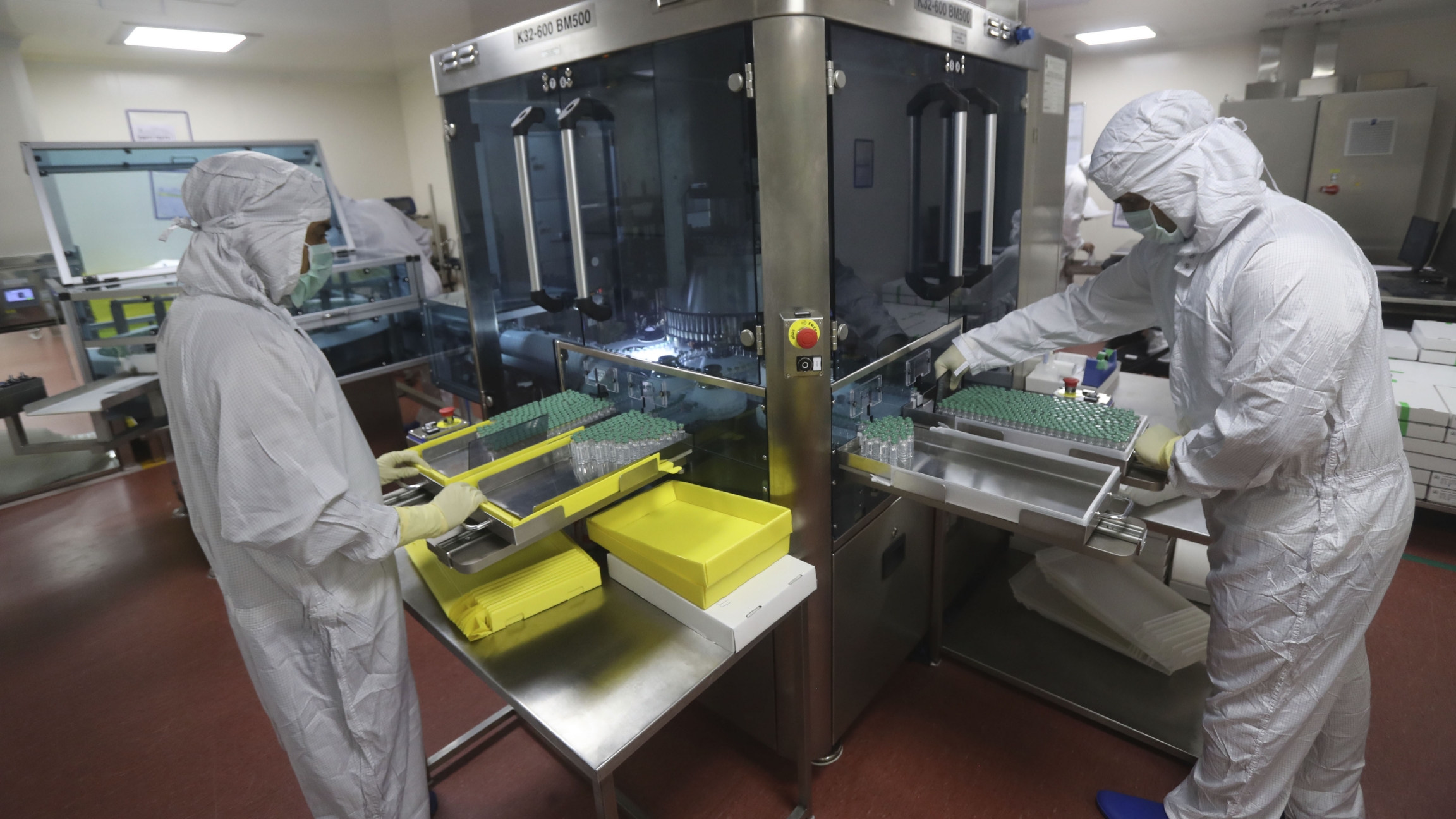 Employees operate a filling machine inside a laboratory at the Serum Institute of India in Pune, India, Jan. 21, 2021.

The Defense Production Act has historically allowed the US to prioritize American needs in times of crisis. In an abrupt shift, the Biden administration will allow shipments of raw materials for the manufacture of COVID-19 vaccines to India, explains Matt Kavanagh, an assistant professor of global health at Georgetown University.

"India is in a full-blown crisis right now, and we're seeing that not just India, but also Nepal, and various other countries in the region, are seeing such remarkable spiking cases of coronavirus that we just have to act," Kavanagh said. "And so, they're beginning to allow a certain set of materials to be shared with Indian manufacturers so that they can make vaccines to serve the Indian market and to serve the region." 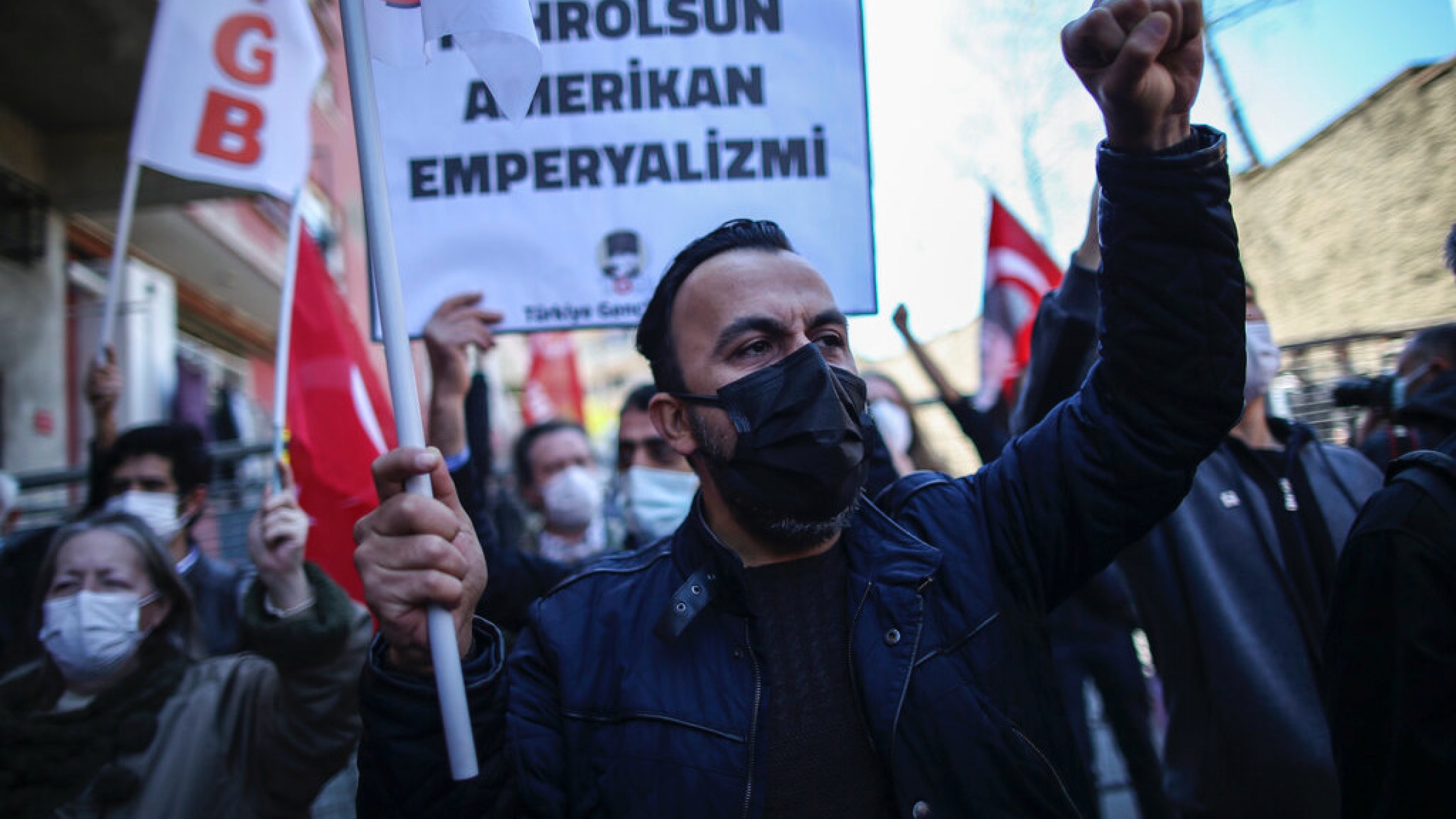 Supporters of the Turkey Youth Union chant slogans during a protest against US President Joe Biden's statement, outside the US consulate in Istanbul, April 26, 2021. On Saturday, Biden followed through on a campaign promise to recognize the events that began in 1915 and killed an estimated 1.5 million Ottoman Armenians as genocide. The statement was carefully crafted to say the deportations, massacres and death marches took place in the Ottoman Empire. Turkey rejects the use of the word, saying both Turks and Armenians were killed in the World War I-era fighting, and has called for a joint history commission to investigate.

Armenia and human rights advocates around the globe applauded US President Joe Biden’s move on Saturday to recognize the World War I-era killings of as many as 1.5 million Armenians in the Ottoman Empire — the precursor of modern Turkey — as a genocide.

🥁 The team behind the film “Sound of Metal” — this year's Oscar winner for Best Sound — worked across international borders. Sound supervisor Nicolas Becker, who is based in France, worked with sound engineers and editors from Venezuela and Mexico and studies in the Mexico City area. They examined how we listen with our whole bodies, and how we hear our bodies, our breathing, even our organs (🎧).

Read about how sound designer Nicolas Becker created the sonic world of movies like "Gravity," "Arrival" and "Sound of Metal" on A.frame.

Listen: US lifts ban on vaccine raw materials for India amid a second coronavirus wave 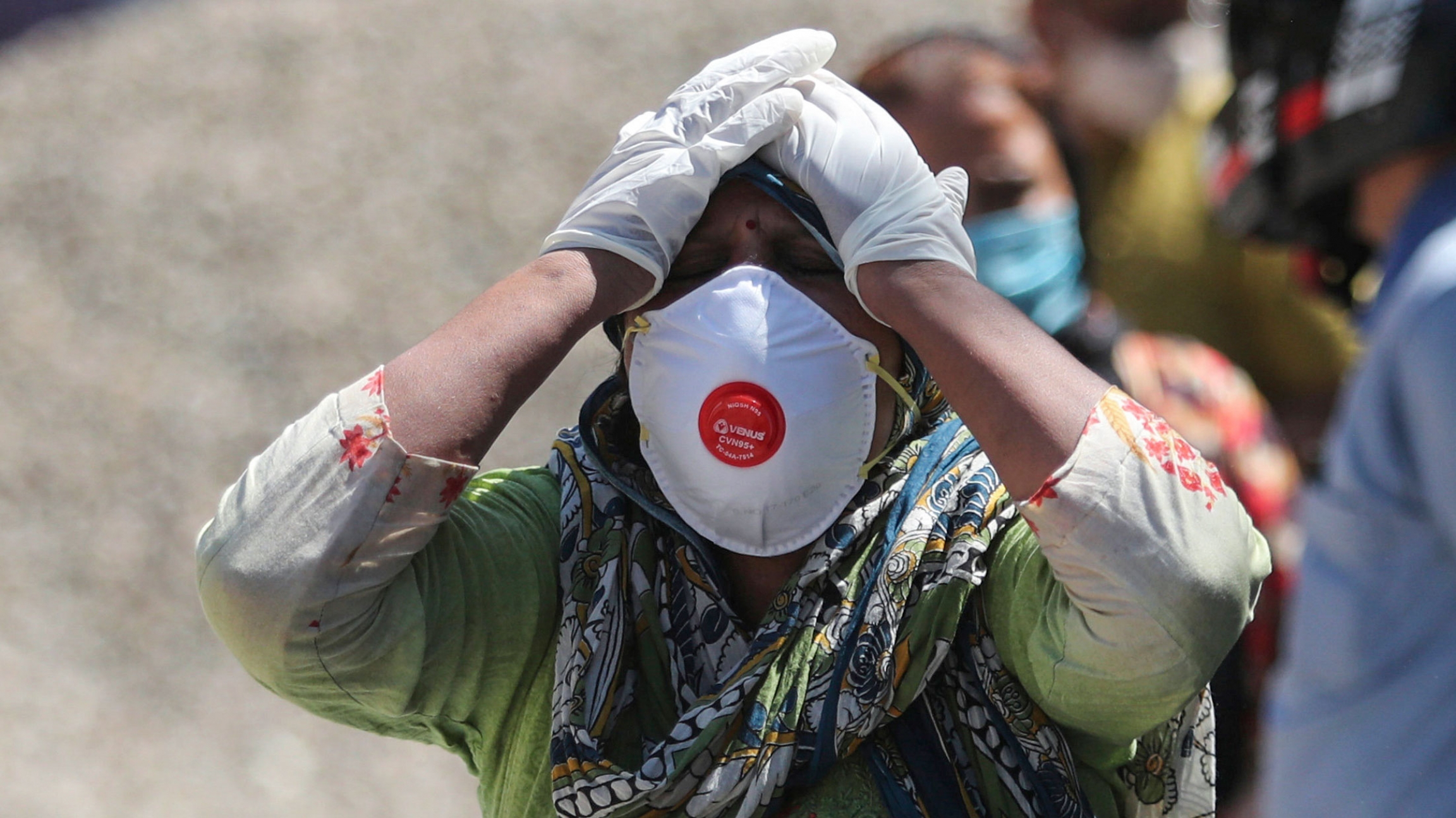 The Biden administration on Sunday lifted an export ban on raw materials for vaccines for India. The shift in policy comes amid an outbreak in India that is pushing that country’s health system to the brink. And, thousands of health care workers in Mexico have yet to get a coronavirus vaccine, even as government officials have moved on to giving shots to other priority groups. Also, three German gymnasts took a stand against sexualization in the sport this weekend — wearing full-body uniforms at the European championships.