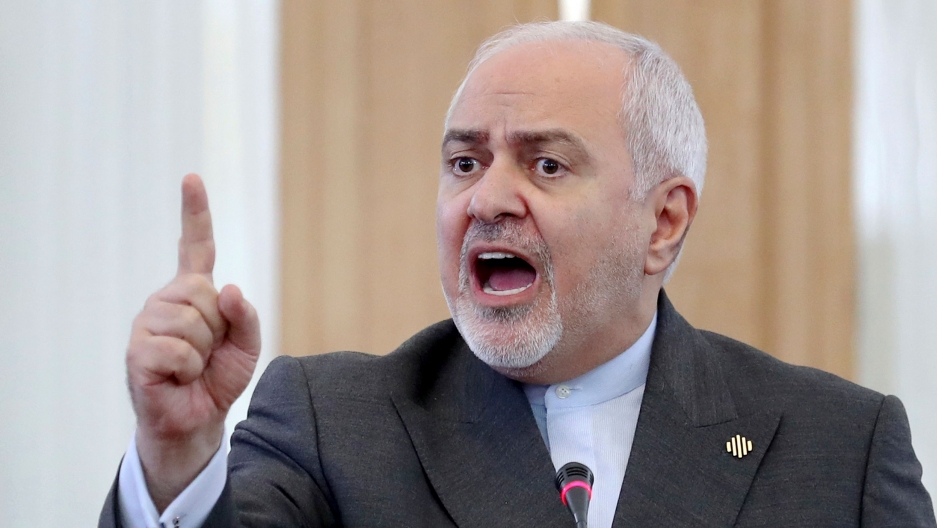 Iranian Foreign Minister Mohammad Javad Zarif speaks at a press conference in Tehran, Iran, Aug. 2019. A recording of Iran's foreign minister offering a blunt appraisal of diplomacy and the limits of power within the Islamic Republic has leaked out publicly, providing a rare look inside the country's theocracy.

High level talks are set to resume Tuesday with world powers in Vienna focused on bringing the United States back into the nuclear deal with Iran.

The talks would be the first session since comments surfaced from the Iranian foreign minister alleging that Russia once tried to scupper the pact.

The Russian Foreign Ministry has thus far refused to comment on the remarks from Foreign Minister Mohammad Javad Zarif, made in a seven-hour interview with a think tank associated with the Iranian presidency that leaked over the weekend.

Russia's top representative at the Vienna talks, Mikhail Ulyanov, who has outwardly been one of the most optimistic about the possibility of getting Tehran and Washington to agree to terms for the US to rejoin the 2015 deal, also made no mention of the allegations before the meetings, saying in a tweet only that "the participants will continue negotiations on restoration of the nuclear deal."

Ulyanov is joining representatives from China, Germany, France, and Britain — the other parties to the deal, known as the Joint Comprehensive Plan of Action, or JCPOA — for the talks chaired by the European Union.

"Participants will continue their discussions in view of a possible return of the United States to the JCPOA and on how to ensure the full and effective implementation of the JCPOA," the EU delegation said before the talks.

The US is not at the table because it unilaterally pulled out of the deal in 2018 under then President Donald Trump, who restored and augmented American sanctions in a campaign of "maximum pressure" to try and force Iran into renegotiating the pact with more concessions. President Joe Biden wants to rejoin the deal, however, and there is a U.S. delegation in Vienna taking part in indirect talks with Iran, with diplomats from the other world powers acting as go-betweens.

The deal promises Iran economic incentives in exchange for curbs on its nuclear program. The reimposition of American sanctions has left the country's economy reeling, and Tehran has reacted by steadily increasing its violations of the restrictions of the deal, such as increasing the purity of uranium it enriches and its stockpiles, in a thus-far unsuccessful effort to pressure the other countries to provide relief.

The ultimate goal of the deal is to prevent Iran from developing a nuclear bomb, something it insists it doesn't want to do. Iran now has enough enriched uranium to make a bomb, but nowhere near the amount it had before the nuclear deal was signed.

The comments from Zarif, who himself helped negotiate the original 2015 nuclear deal, have the potential to complicate the Vienna talks, which are currently focused on how the US would roll back its sanctions — and which ones — and how Iran would return to compliance.

In the interview, reviewed by The Associated Press, Zarif describes Russia as wanting to stop the nuclear deal before it was struck under the Obama administration in 2015, suggesting Moscow wanted to keep Iran at odds with the West.

Iran's Foreign Ministry has called the leak of the recording "illegal," but hasn't disputed its authenticity.

The Vienna talks began in early April, and there have been several rounds of high-level discussions, while expert groups have been working on proposals on how to resolve the issues around American sanctions and Iranian compliance, as well as the "possible sequencing" of the US return.

The comments from Zarif are just the latest complication that the diplomats have to deal with.

Among other things, an attack suspected to have been carried out by Israel recently struck Iran's Natanz nuclear site, causing an unknown amount of damage.

Tehran retaliated by beginning to enrich a small amount of uranium up to 60% purity, its highest level ever.