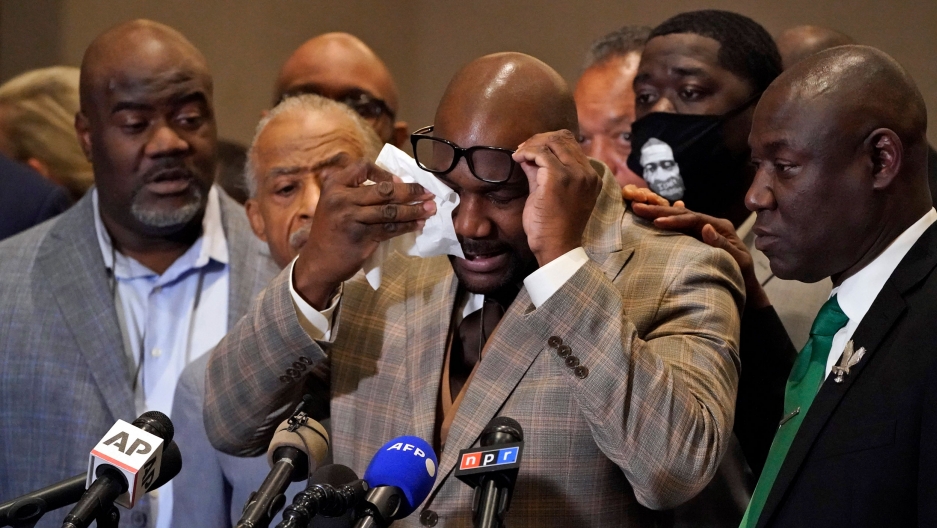 George Floyd's brother Philonise Floyd wipes his eyes during a news conference after the verdict was read in the trial of former Minneapolis Police officer Derek Chauvin for the murder of George Floyd, Minneapolis, Minn., April 20, 2021.

The murder of George Floyd, a Black man who died on May 25, 2020, and led to outrage in the US and around the globe over police brutality, now has some resolution. Former Minneapolis police officer Derek Chauvin was convicted on three charges for pinning Floyd to the ground and placing his knee on his neck for more than nine minutes, resulting in Floyd’s suffocation.

Chauvin’s case took three weeks of testimony but less than a day of jury deliberations to find him guilty on all charges including: second-degree unintentional murder, third-degree murder and second-degree manslaughter. Following the judge reading out the guilty verdict, Chauvin’s bail was revoked and he was handcuffed and taken away to prison. Chauvin, 45, will be sentenced in eight weeks.

The verdict, a rare rebuke of police conduct, set off a mix of sorrow and cheers across Minneapolis and drew some global reaction. London Mayor Sadiq Khan tweeted that the verdict “must be the beginning of real change — not the end.”

The European Super League has had a super meltdown as Atlético Madrid, Inter Milan, AC Milan and Juventus all dropped out Wednesday shortly after English soccer clubs Arsenal, Chelsea, Liverpool, Manchester United, Manchester City and Tottenham all pulled out of the project Tuesday, only two days after it was announced. The multibillion-dollar, breakaway Super League project, thought of as a way to remake soccer, faced widespread criticism from fans and warnings from European and global soccer governing bodies. It has, for now, put an end to the controversial plan.

And, the UN special rapporteur for Myanmar, Tom Andrews, on Wednesday warned of a “humanitarian catastrophe” in the South Asian country after weeks of deadly crackdown against anti-coup demonstrators. More than 730 protesters and bystanders have been killed since the Feb. 1 military coup and an estimated 250,000 people have been displaced by the violence. Andrews’ statement comes as the Association of Southeast Asian Nations is planning to meet on Saturday to find a path to end the bloodshed in Myanmar. 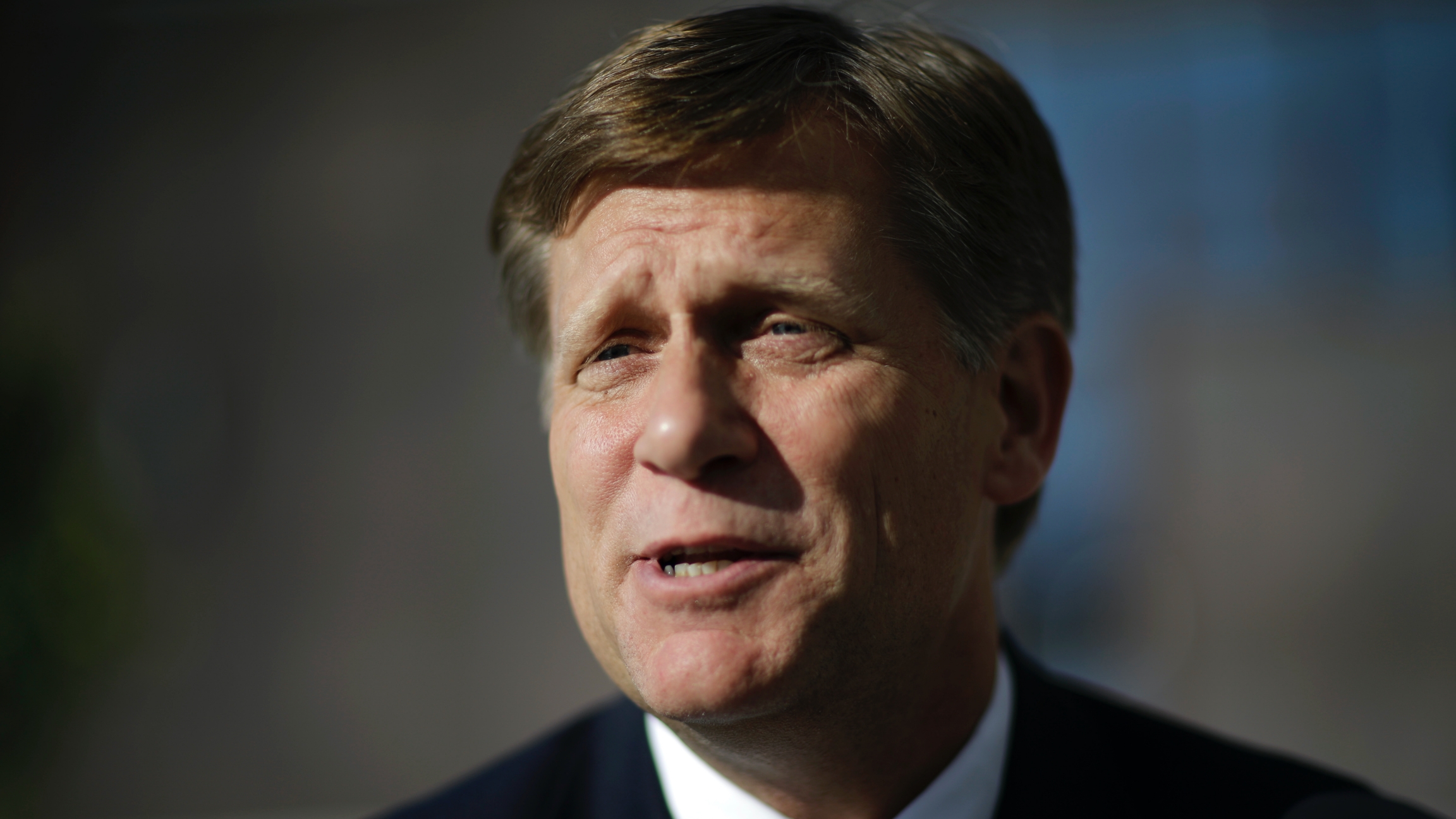 Former US ambassador to Russia, Michael McFaul, speaks with a reporter in Sochi, Russia, Feb. 7, 2014.

Tensions between the US and Russia are escalating practically by the day. On Tuesday, the State Department said that US ambassador to Russia, John Sullivan, will be returning to the United States this week. The move comes just a week after the US and Russia imposed sanctions on each other. The World's Marco Werman spoke with former US Ambassador to Russia Michael McFaul about the recent events, and what it means for relations between the two countries. 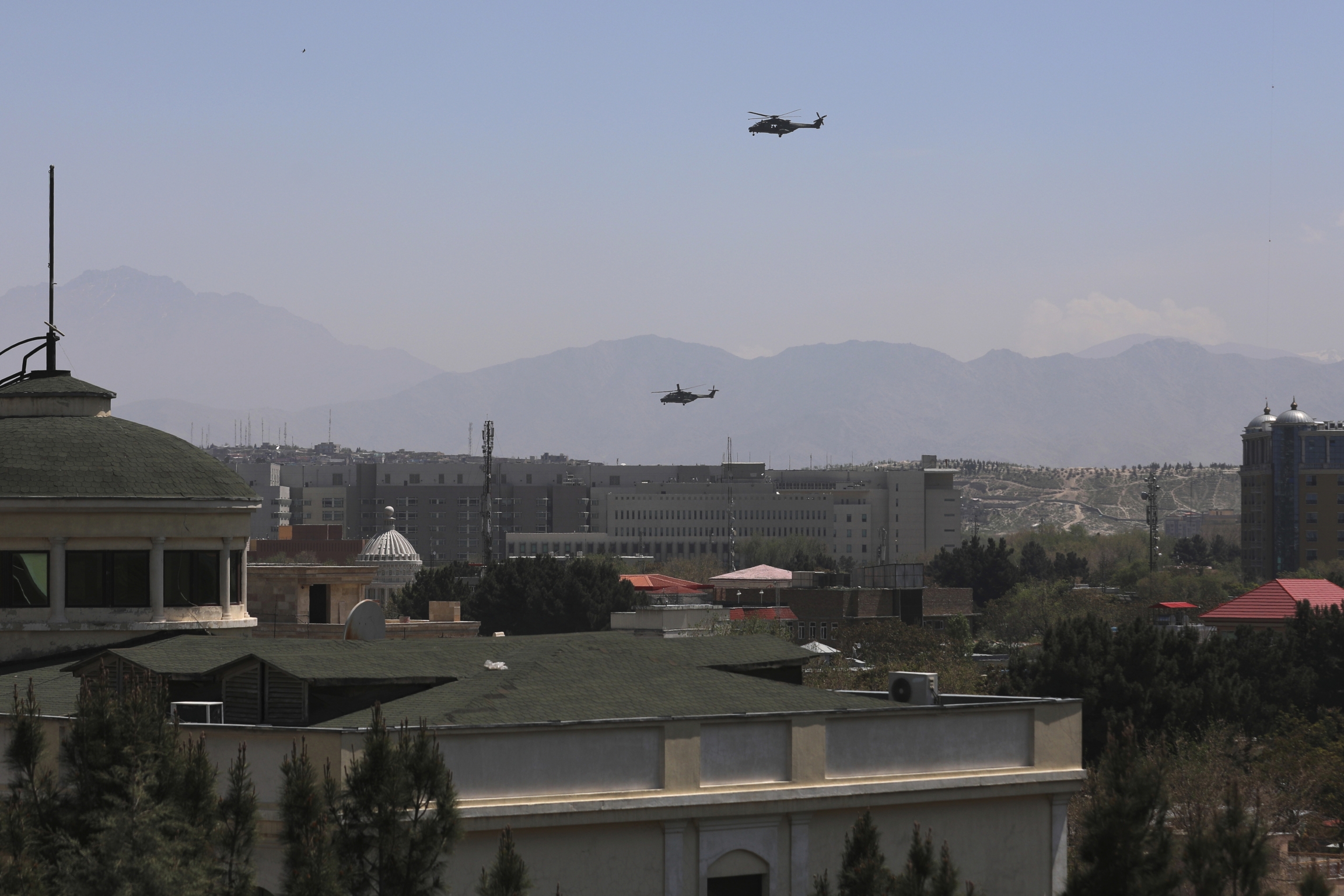 US Black Hawk military helicopters fly over the city of Kabul, Afghanistan, April 19, 2021.

High-stakes peace talks on Afghanistan are planned to take place in Turkey — they had been scheduled for next week but have been postponed, according to Reuters. Many Afghans living in Istanbul are filled with a mix of emotions about their homeland's future.

The talks will determine how Afghanistan will be governed once American troops leave in September. The Taliban hasn’t agreed to participate, but it is one of the main stakeholders in the negotiations.

In France, an antique collector has buried two halves of a key that will unlock a golden casket worth nearly $1 million. 🗝️

The casket could be yours if you can solve a series of nine riddles that will lead you to the keys. The game is called “The Golden Treasure of the Entente Cordiale,” but the story behind this treasure is just as fascinating as the hunt itself. 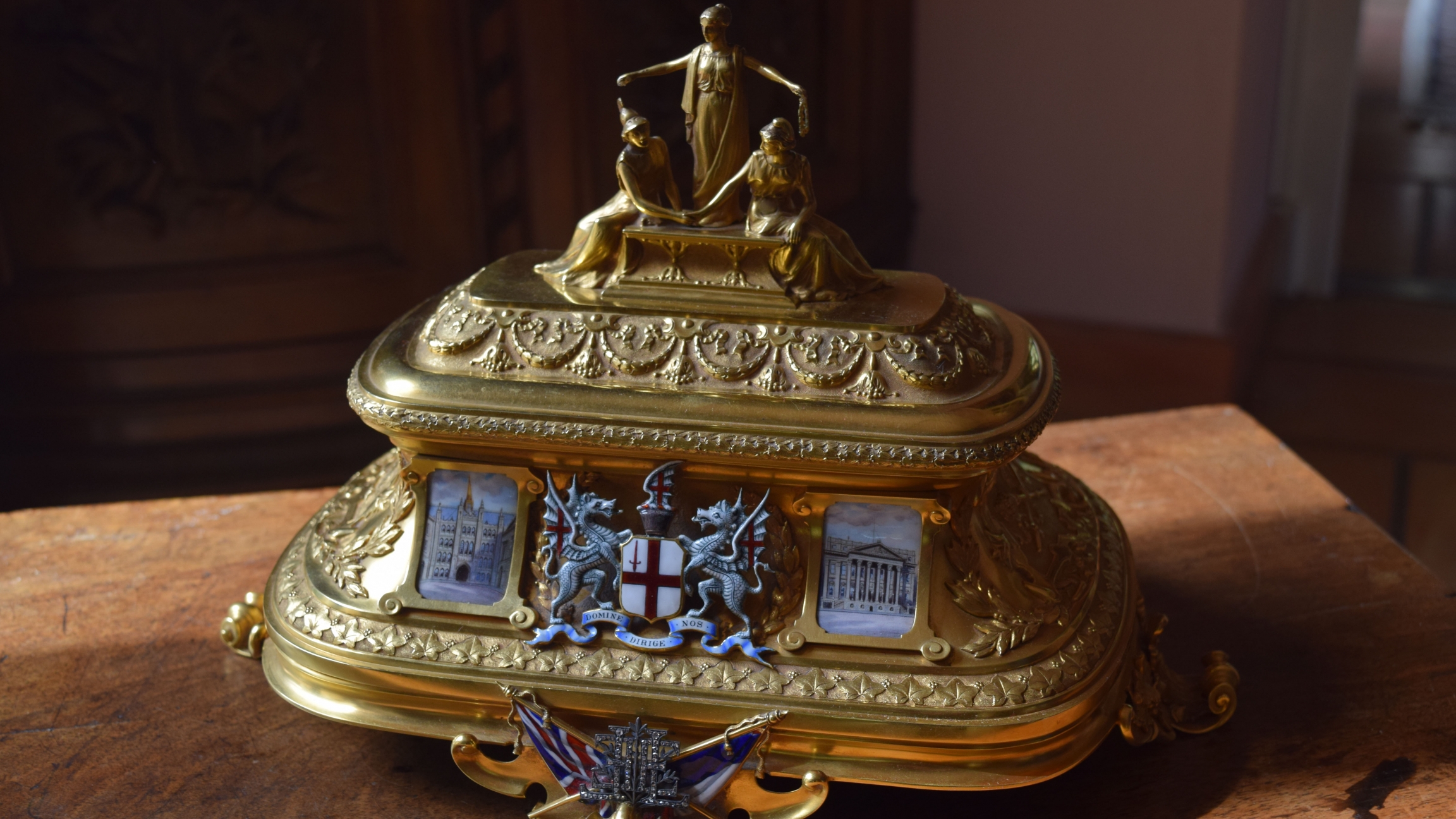 Up-close photo of the golden chest featured in the treasure hunt, “The Golden Treasure of the Entente Cordiale."

Listen: An uncertain future for many Afghans as US troops prepare to withdraw 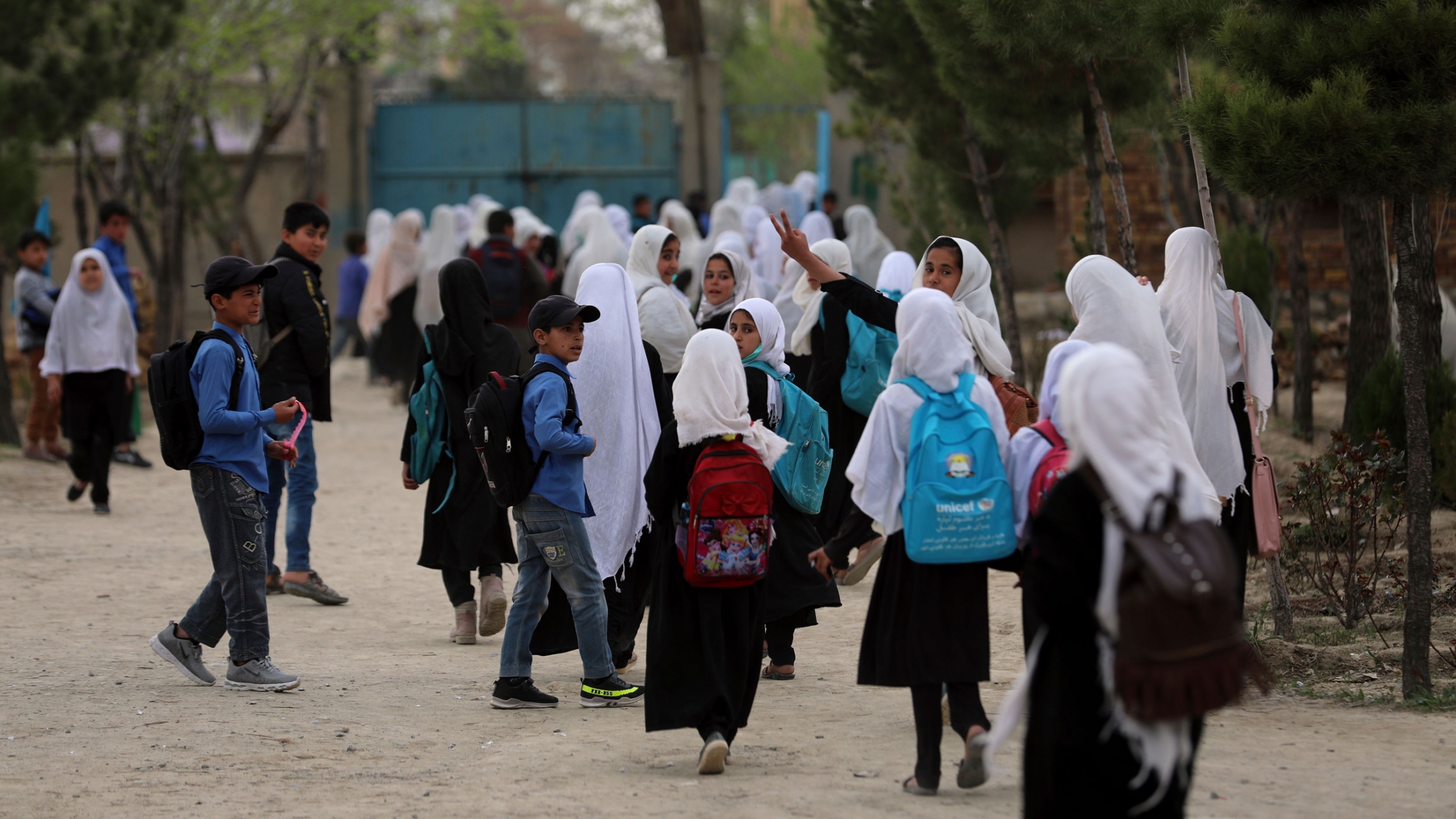 In recent years, thousands of Afghans have been forced out of their country because of direct threats from the Taliban. Now, with the US troop withdrawal looming, many Afghans face an uncertain future. And, US and Russia relations have reached a new low point after news that the US ambassador to Russia, John Sullivan, will be returning to the United States this week. Also, Biden administration officials have been meeting with members of Brazil's Bolsonaro government to work out a multibillion-dollar deal to curb rampant deforestation in the Amazon rainforest.