Retirement homes have been hit hard during the pandemic.

“In Canada, there were a lot of restrictions put into place, and those were particularly heavy at retirement residences. Residents were no longer able to see their family or their friends."

“In Canada, there were a lot of restrictions put into place, and those were particularly heavy at retirement residences. Residents were no longer able to see their family or their friends,” Kelton said. “And a big thing they were feeling was that lack of one-on-one connection with their grandchildren, their great-grandchildren. It was undeniably challenging.”

Kelton told The World that witnessing this impact on residents weighed on her.

She called a longtime friend, Maylin Tiessen, to brainstorm.

Their conversations led to the creation of a weekly newsletter — inspired by Tiessen’s son — to help residents feel connected during a very difficult time.

“In one of our many conversations, we were trying to come up with a way to lighten their mood or give them something to look forward to,” Tiessen said. That’s when she looked over and saw her then-1-year-old son, Edison.

“He had absolutely no idea that the pandemic was going on. He doesn’t know that his days are any different than there would be if there wasn’t a pandemic.”

Edison’s unique perspective gave Kelton and Tiessen the idea that he could provide some joy and lightness for residents. 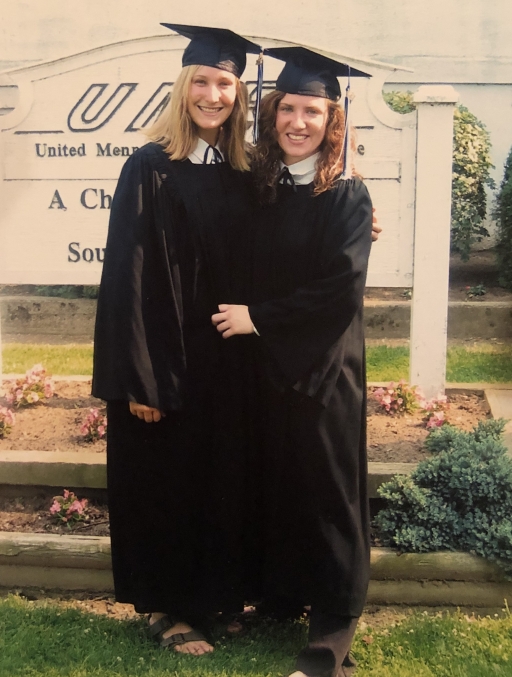 From more than 200 miles away, in Kingsville, Ontario, Tiessen started writing from Edison’s perspective about all the little things he plays with and observes in a  weekly newsletter called “Fridays with Edison.”

Related: Isolation may be a greater risk than COVID-19 for Canada nursing homes

Since May 2020, Tiessen has written the weekly newsletter and sent it off to Kelton in Toronto. From there, Kelton formats the letter, adds in some photos and distributes printouts at the retirement home.

Kelton said the newsletter had an immediate effect on residents.

Jessie Kerr-Lawson, a Chartwell Avondale resident, became an avid fan of the newsletter after reading the first edition.

“I’ve really enjoyed ‘Fridays with Edison.' ... I picked up the first copy and kept picking them up.”

“I’ve really enjoyed ‘Fridays with Edison,’” she said. “I picked up the first copy and kept picking them up.”

Kerr-Lawson said Edison’s letters helped her most when COVID-19 restrictions stopped them from being allowed outside. 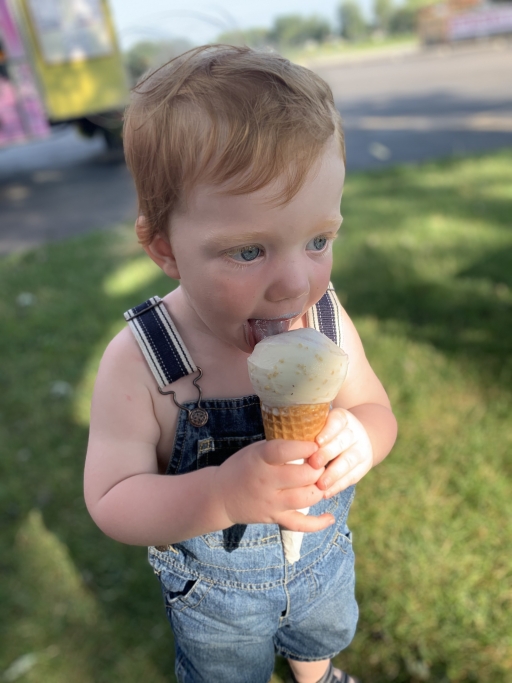 Edison Tiessen is now 2 years old, and he doesn't yet know how to write. But he has devoted readers.

“His mother was describing things that he looked at as he was walking along. And so, it was almost as if we were going on a little walk with him,” she recalled. “It was great to have this sort of experience of being outside, almost, even though you weren’t.”

Kerr-Lawson has never met Edison. She lives hundreds of miles away from him, and, at 91, is two generations removed from the toddler. Still, she said she feels like she knows him personally.

“We’d have quite a pleasant chat if he turned up at the front lobby someday,” Kerr-Lawson said, with a laugh. “I’m sure we’d have lots to talk about.”

And that conversation is already underway. Kerr-Lawson is one of a handful of residents who started writing back to Edison. Arlene Davis, another Edison fan at Chartwell Avondale, has sent a few letters, too.

“He is a delightful, feisty-looking little redhead,” Davis said. “Getting these letters from Edison is like having a visitor every week.”

Edison’s mom, Tiessen, said her son isn’t fully aware of all that “Fridays with Edison” has become. He’s only 2 years old, after all. But he knows he has “friends in Toronto,” and he loves getting mail from them. 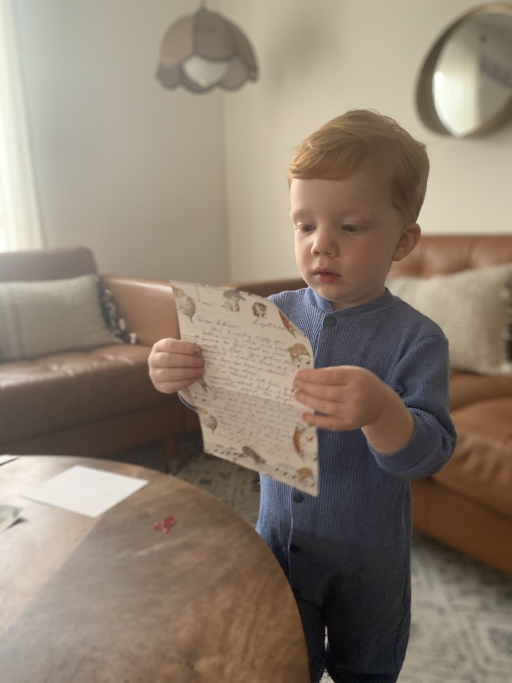 Edison’s mom says her son isn’t fully aware of all that “Fridays with Edison” has become. But he knows he has “friends in Toronto,” and he loves getting mail from them.

“And it’s so sweet — the residents typically include stickers or pictures. And those are what he really connects with.”

Chartwell Avondale residents Davis and Kerr-Lawson said they plan to keep writing to Edison — and hope Edison continues to do the same.

“I am really pleased that he’s keeping on writing and that he hasn’t gotten bored with us old people,” Kerr-Lawson said, laughing. “So, it’s very nice to be getting them from him.”

Edison’s ghostwriter — his mom — said the residents have nothing to worry about. Even as COVID-19 restrictions ease up and their own families can visit again, the newsletters will continue to arrive.