For the Kremlin, the Sputnik V COVID-19 vaccine is an opportunity to win over the “hearts and minds” of people in faraway places — including in Mexico where it has pledged to send 24 million doses.

So says Victor Jeifets, a professor of Latin American studies at St. Petersburg State University in Russia, who describes this as a form of “soft power.”

“Sending Sputnik to Latin America is a chance to demonstrate that Russia can be a country that is not sending ideology or arms for a regime, but rather, is sending medicine that is necessary for surviving.”

“Sending Sputnik to Latin America is a chance to demonstrate that Russia can be a country that is not sending ideology or arms for a regime, but rather, is sending medicine that is necessary for surviving,” he said.

Related: Mexico’s COVID-19 wards are full. Many patients who can’t get oxygen die at home.

The Russian government has pledged to distribute the vaccine developed by the Gamaleya Research Institute for Epidemiology and Microbiology to at least a dozen countries, including Argentina, Bolivia, Venezuela and Mexico.

Historically, Soviet Russia was interested in exporting its ideology to like-minded governments, Jeifets said. But now, Russia wants to reach out to more conservative leaders, like those of Colombia and Paraguay, who are in talks to receive shipments, Jeifets said.

Mexico, meanwhile, cannot be picky about where it gets its vaccines. The country began distributing 200,000 doses of the Sputnik vaccine on Feb. 24, an important lifeline as the country’s health officials have struggled to quickly receive and distribute doses from labs abroad.

In December, Mexico and Chile became the first two countries in Latin America to receive vaccines, with shipments from Germany-based BioNTech. But health authorities in Mexico, which has also received vaccines from China-based Sinovac Biotech, have since been criticized for confusion and inefficiency in their distribution. (Chile is on track to inoculate 80% of its population by June).

Mexican health authorities, initially, coordinated distribution nationally, but appeared at the last minute to punt responsibility to state governments with little warning or preparation, said Malaquías López-Cervantes, a professor of public health at the National Autonomous University of Mexico.

Even as some states have begun to give vaccines to the general population, many doctors and nurses in public hospitals haven’t gotten shots, and health workers in private facilities have been largely ignored.

“My perception is that the federal government is making an effort that should be recognized, but there has also been terrible discoordination.”

“My perception is that the federal government is making an effort that should be recognized, but there has also been terrible discoordination,” López-Cervantes said. 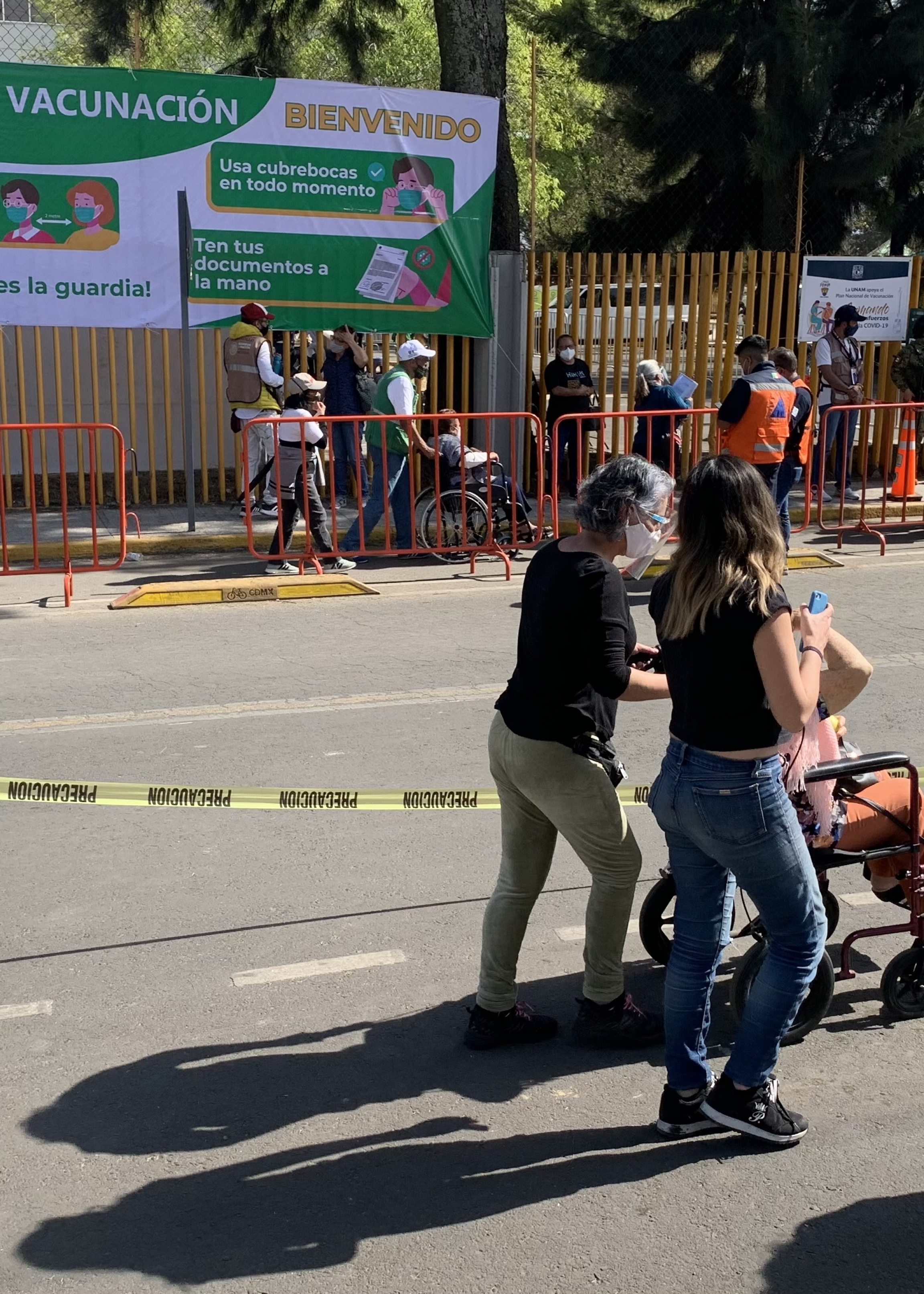 Many in Mexico who’ve already received the Sputnik vaccine say it’s a huge relief. Those over 60 were the first to get the vaccine from Russia.

Related: Wary of coronavirus vaccines, some Chinese citizens are ‘opting out’

Sofia Avila Velasco, 68, was one of the first people in Mexico to receive a dose of the Sputnik vaccine on Feb. 24 at a school in Mexico City’s southern borough of Xochimilco, which started with people over 60.

Avila Velasco said she’s been stuck at home — gaining weight, getting older and becoming consumed by anxiety. So, the shot, she said, means a lot.

Susana Balcazar, 62, arrived at about midday to the same site and waited for about two hours under large tents. She was the 2,149th person in line, she said.

Related: Latin American women are disappearing and dying under lockdown

She was glad to get a shot, she said, but was fully aware that only a relative few in the country have had that opportunity.

“This isn’t an instant cure for the entire population,” she said. “But we have to do our part to prevent the virus from becoming more aggressive.”