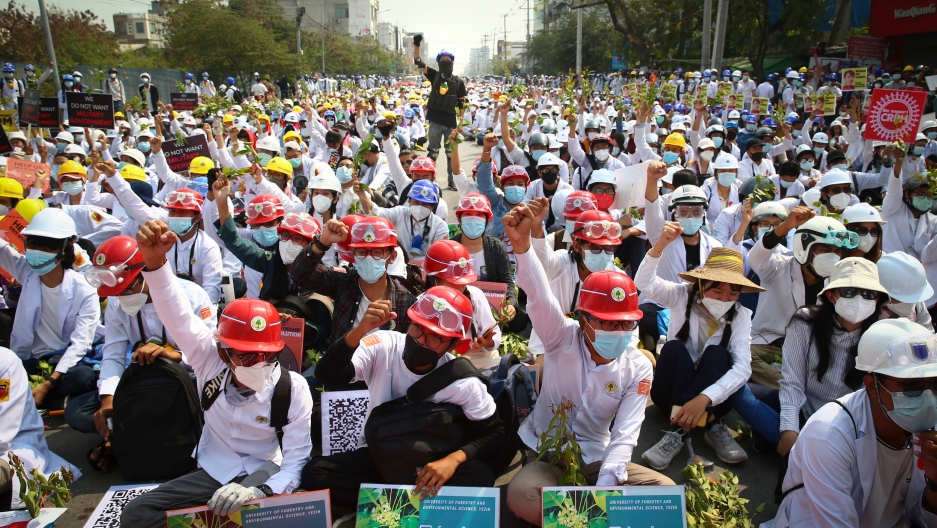 Protesters shout slogans during a demonstrations against the military coup in Mandalay, Myanmar, Feb. 28, 2021.

It was a deadly day for protesters in Myanmar on Sunday after security forces opened fire on demonstrations, killing at least 18 people and injuring another 30. The United Nations condemned the violence with Secretary-General António Guterres calling the use of lethal force against peaceful protesters “unacceptable.” As many as 1,000 people were detained by security authorities while protesters continue to demand an end to the military’s seizure of power after a Feb. 1 coup.

Images coming out of Myanmar show tear gas and people running from police, with bodies on the streets. The violence demonstrated a new ruthlessness from military leaders to quash the unrest.

Former French President Nicolas Sarkozy was found guilty of corruption and influence peddling in court on Monday. The 66-year-old was sentenced to one year in prison and a two-year suspended sentence — though Sarkozy will serve his sentence wearing an ankle-monitoring bracelet, detained at home. The ruling marks the first time in France’s modern history that a former president has been convicted of corruption.

And, Iran on Sunday ruled out holding an informal meeting with the US and European powers to revive the nuclear deal that former President Donald Trump pulled out from, insisting sanctions must be lifted by Washington first. The announcement by Iran's foreign ministry spokesman comes after the Biden administration launched airstrikes on Iranian-backed militia groups in eastern Syria. Despite the new impasse, US officials said they “remain ready to re-engage in meaningful diplomacy." 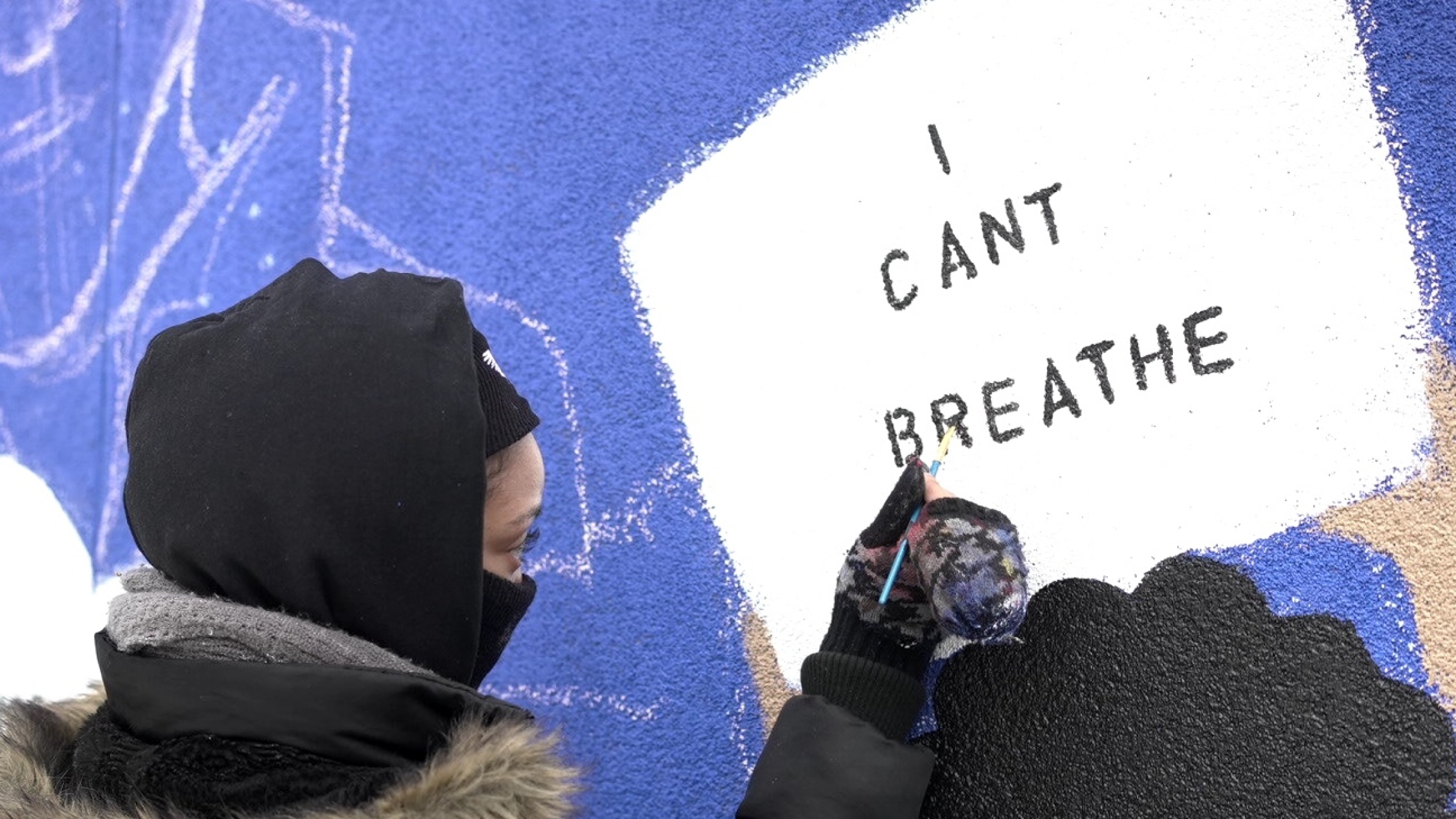 Mural honoring the life of prisoner of conscience Moustafa Kassem in Queens, New York, commissioned by The Freedom Initiative and painted by Brandi Jones of Black Village Arts.

A new mural on the side of the Eighth Street Deli Mini Mart in Astoria, New York, honors the life of Moustafa Kassem, an Egyptian American taxi driver who died in an Egyptian prison. The art was sponsored by human rights advocacy group, The Freedom Initiative, as a symbol of its renewed commitment to ensuring the US holds Egypt accountable.

“His name will be remembered not just as a failure of US foreign policy, but to remind people that it's not just him," said Mohammad Soltan, founder of the Freedom Initiative. 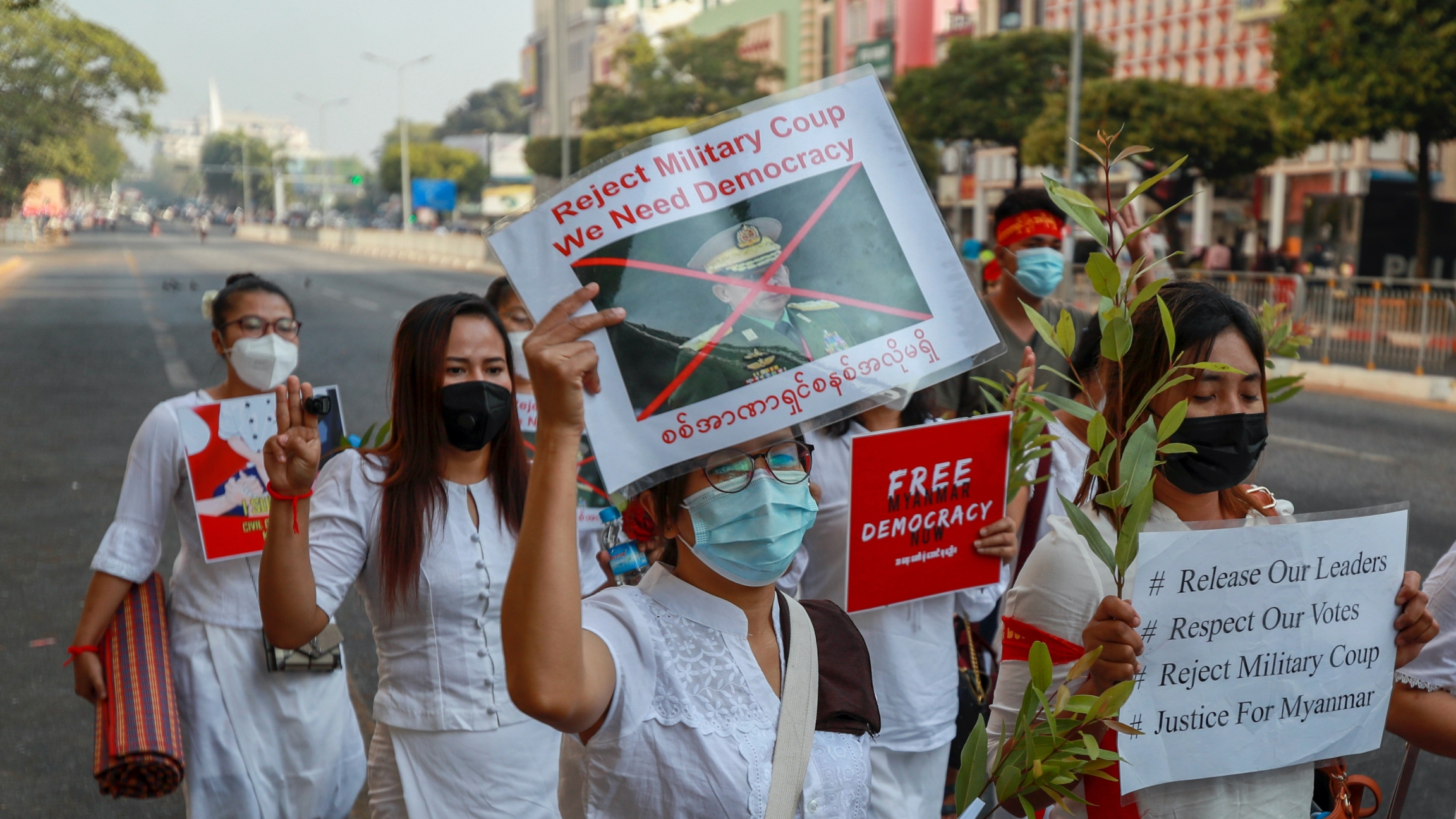 A demonstrator displays a picture of the defaced image of the commander in chief, Senior Gen. Min Aung Hlaing, also chairman of the State Administrative Council to protest against the military coup in Yangon, Myanmar, Feb. 17, 2021. The UN expert on human rights in Myanmar warned of the prospect for major violence as demonstrators gather again Wednesday to protest the military's seizure of power.

Experts say that as the US rejoins the UN Human Rights Council, it should hold allies — and itself — accountable for human rights violations.

It was a big night for Chloé Zhao on Sunday, becoming the first Asian woman ever to win a Golden Globe for directing. Zhao, who won for her film "Nomadland," is also only the second woman to take home the award. Social media was bursting with praise for Zhao and the impact of her win as an inspiration to girls around the world.

Chloé Zhao is now the first Asian woman and the second woman ever to win the Golden Globe for directing. In nearly 8 decades. https://t.co/jIC6HnjqwC 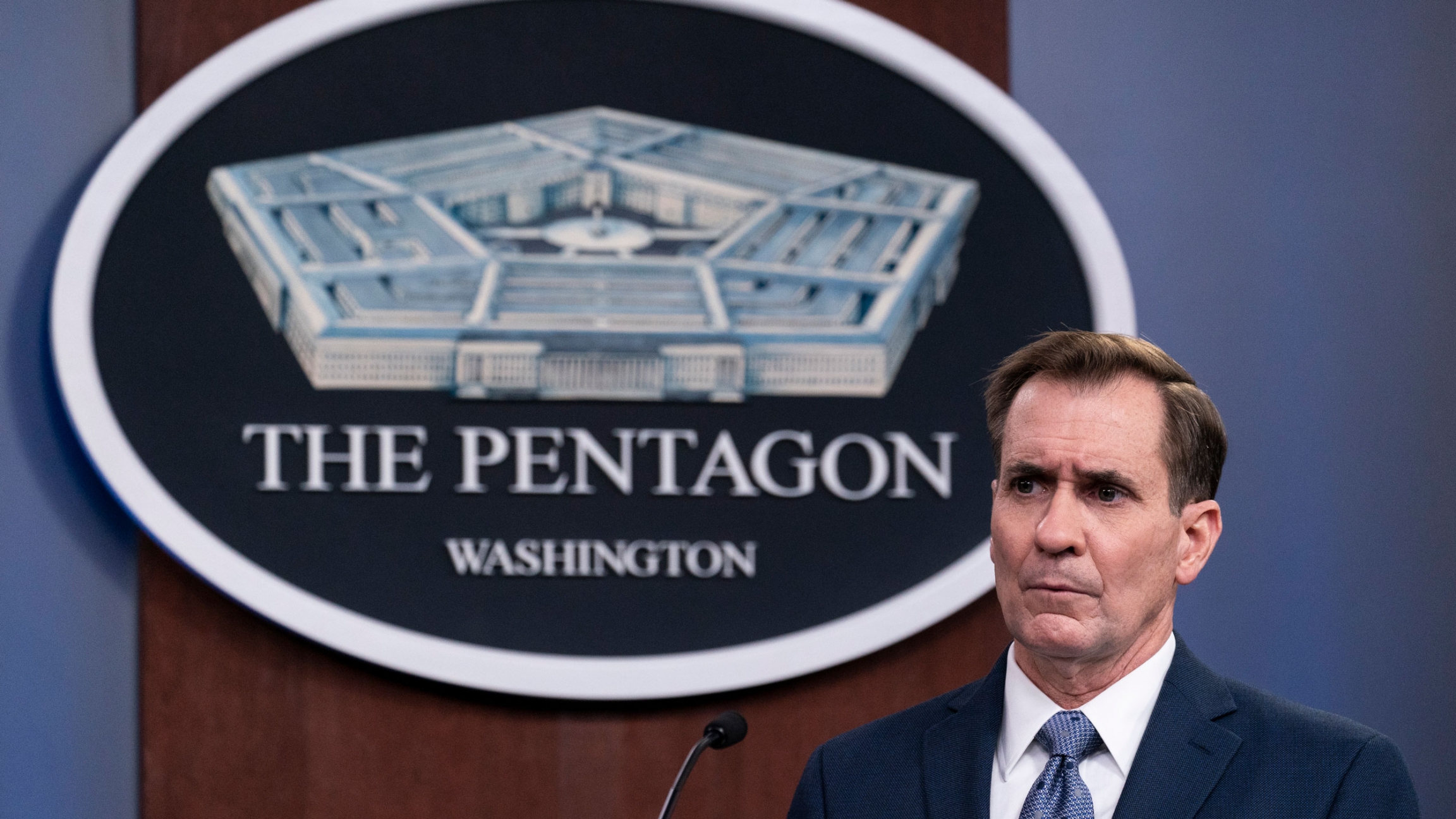 The US launched airstrikes in Syria on Thursday, targeting facilities near the Iraqi border used by Iranian-backed militia groups. And, Israel wasn’t the first country to begin vaccinations, but the pace and scale of its vaccination campaign have made it a world leader in shots per capita. Also, scientists have dated the oldest rock art painting from a cave in remote northwestern Australia using fossilized wasp nests. The painting is a life-size depiction of a kangaroo.