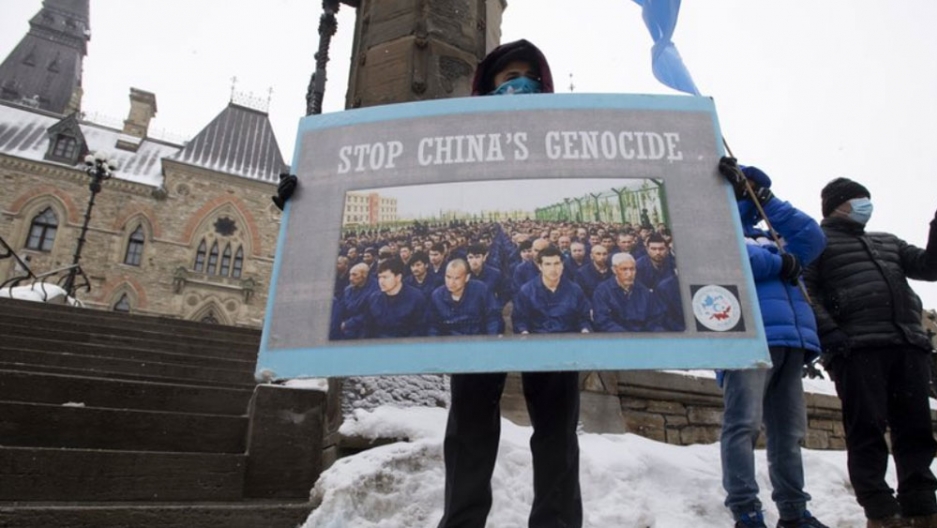 Canada’s House of Commons voted Monday to declare China’s treatment of Uighurs in the country’s western Xinjiang region genocide. The non-binding motion, which will likely further escalate tensions between Canada and China, makes Canada the second country after the US to do so. The motion passed in a 266-0 vote and was supported by all opposition parties, but Prime Minister Justin Trudeau and his cabinet abstained.

Human rights groups and investigations by news organizations have pointed to evidence of the detention of hundreds of thousands of Uighurs and other minorities in prisons and indoctrination camps (which China defines as “reeducation camps”), the use of Muslim Uighurs as forced labor, torture and forced sterilization.

The symbolic motion includes an amendment for Canada to call on the International Olympic Committee to move the 2022 Winter Olympics from Beijing "if the Chinese government continues this genocide."

Emma Coronel Aispuro, wife of notorious Mexican drug kingpin Joaquin “El Chapo” Guzman, was arrested on Monday at the Dulles International Airport in Virginia, on charges related to her alleged involvement in international drug trafficking. Coronel, who is scheduled to appear in US federal court on Tuesday via video conference, had been under investigation by US authorities for at least two years for aiding her husband’s violent drug trafficking enterprise. According to court documents, Coronel, who is a dual US-Mexican citizen, is charged with conspiring to distribute cocaine, methamphetamine, heroin and marijuana for importation into the US, and conspiring to organize El Chapo’s sophisticated and spectacular scape through a tunnel from a Mexican high-security prison in 2015.

Facebook will lift a ban imposed a week ago on viewing and sharing news stories on the platform in Australia, after striking a deal with the government on proposed legislation that would make digital giants pay for journalistic content shown on it. Facebook said it had been reassured by recent discussions with the government that will allow them to strike deals with the publishers of their choosing. "Going forward, the government has clarified we will retain the ability to decide if news appears on Facebook so that we won't automatically be subject to forced negotiation," said Campbell Brown, vice president of global news partnerships at Facebook. 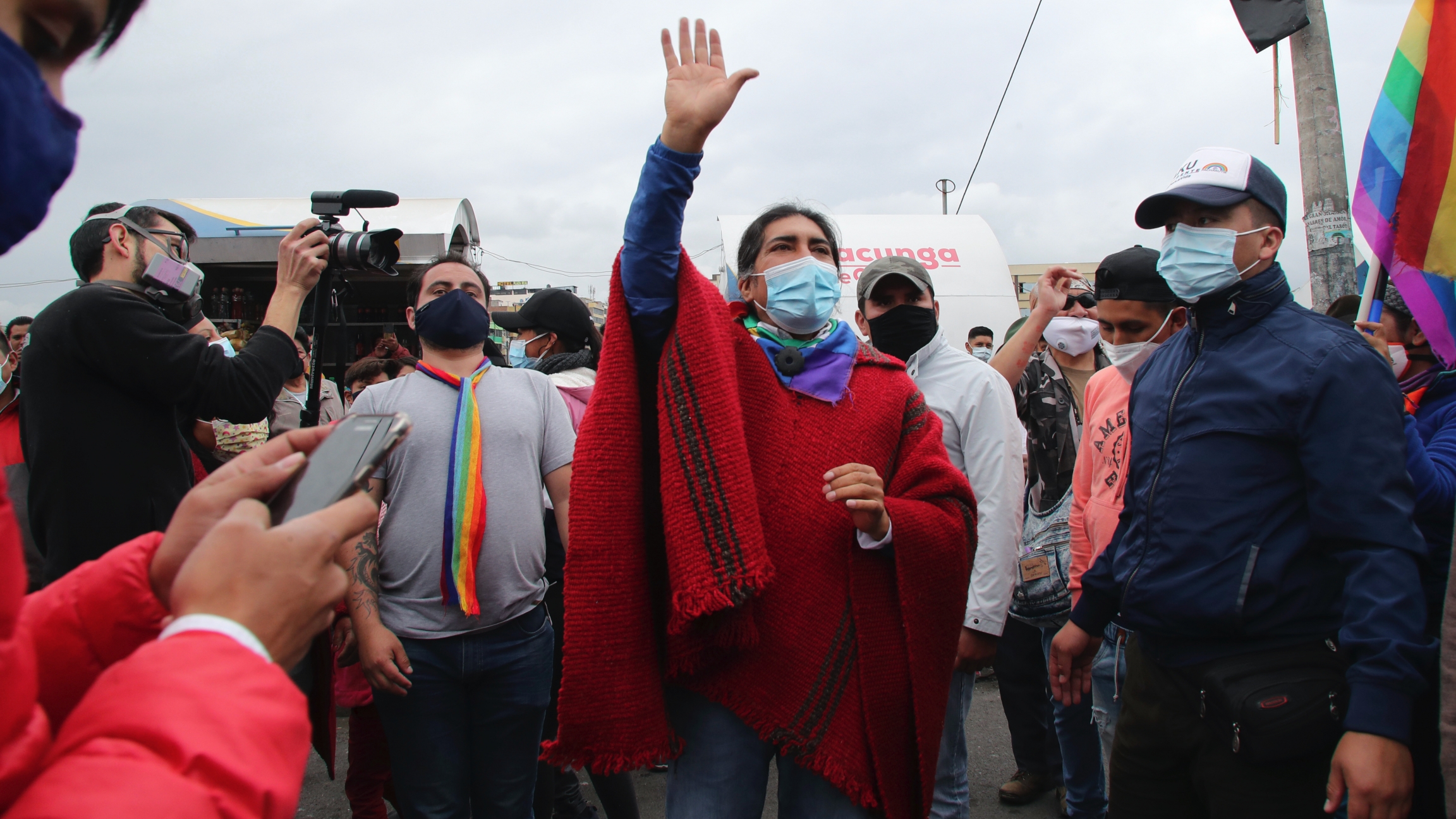 Presidential candidate Yaku Pérez greets supporters as he leads a protest march to Quito, in Latacunga, Ecuador, Feb. 22, 2021. Pérez, who came in a close third in the recent elections, has alleged fraud after the results indicated he had fallen just short of defeating former banker Guillermo Lasso, preventing him from participating in the runoff with first-place finisher Andrés Arauz.

Two weeks after the first round of presidential elections, Ecuador’s National Electoral Council confirmed the top two candidates who will be headed to a runoff on April 11.

But there have been accusations of fraud by the third-place candidate who is leading a march into the capital, Quito, to demand a recount. 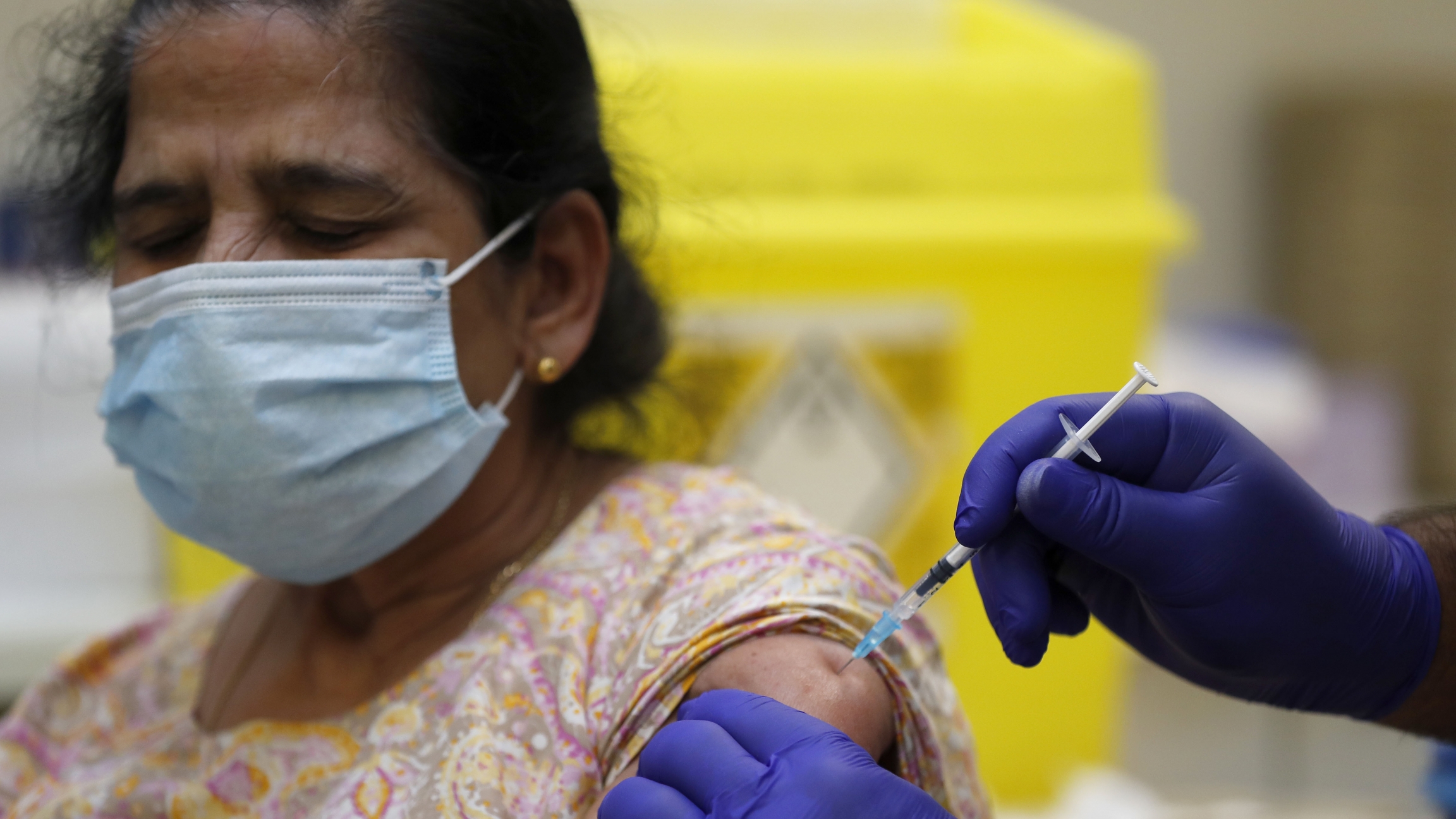 Dr. PJ Suresh injects a patient with the Pfizer/BioNtech COVID-19 vaccine at the Fullwell Cross Medical Center in London, Jan. 29, 2021. Local leaders in the borough of Redbridge are racing to reach out to minority communities, where people are often less likely to come forward to be inoculated.

Amid heightened vaccine hesitancy, comedians, singers and TV personalities there collaborated on a new video to encourage all ethnic groups to take the coronavirus vaccine. It’s the second time well-known figures in the UK have come together in recent weeks to persuade these communities to get vaccinated.

The coronavirus death toll is higher in minority communities in Britain as many are working front-line jobs. Health inequalities, housing conditions and structural racism are also key factors.

We’ve seen stunning images from Mars. But we’ve never heard what Mars sounds like. That all changed when NASA successfully landed Perseverance, its latest robot mission to the Red Planet, on Jezero Crater. The rover’s mission is to investigate the potential for signs of ancient life on Mars, but Perseverance also sent back audio from there for the first time (🎧). And now we know what a puff of Martian breeze sounds like.

Now that you’ve seen Mars, hear it. Grab some headphones and listen to the first sounds captured by one of my microphones. 🎧https://t.co/JswvAWC2IP#CountdownToMars 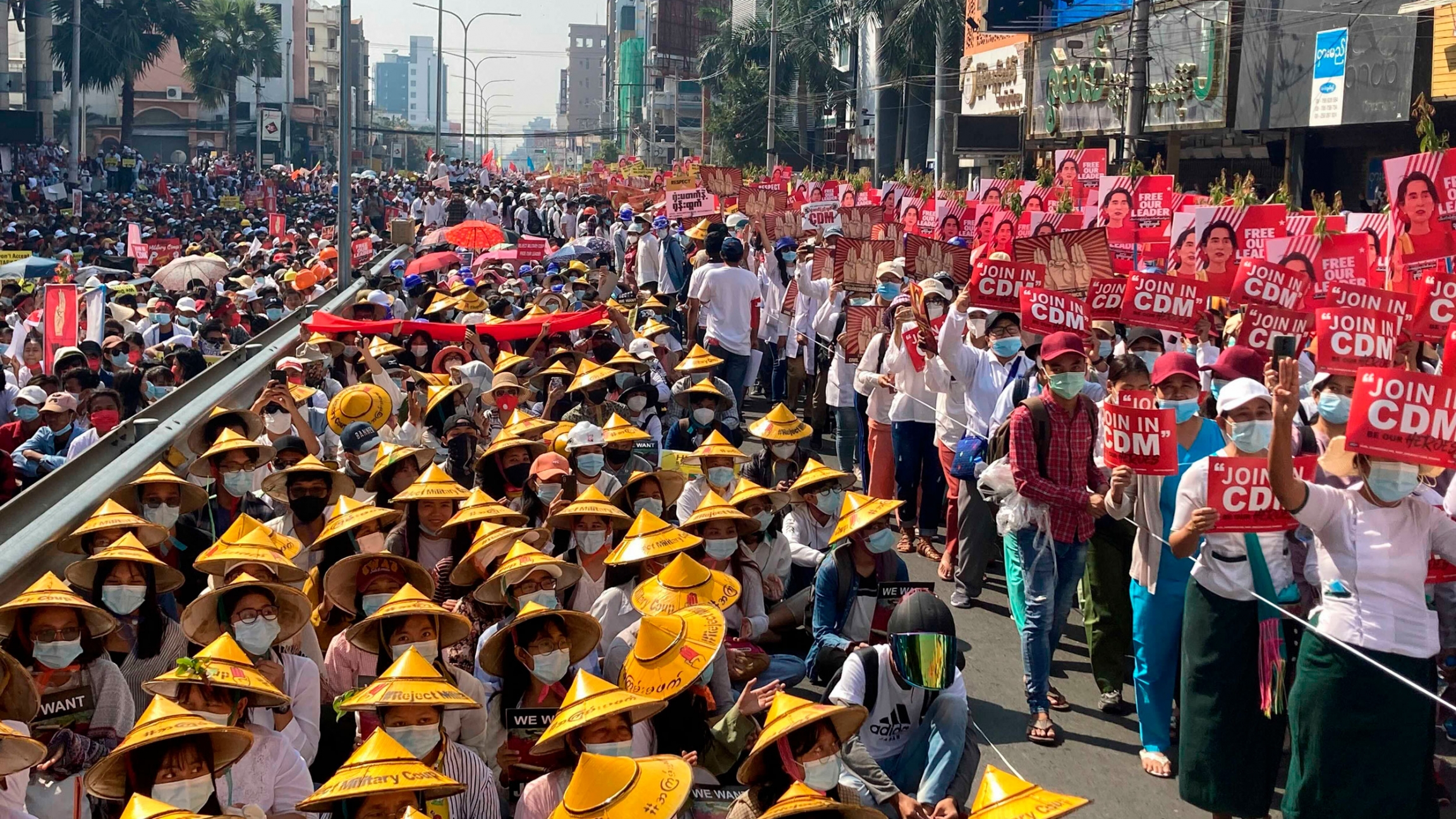 Anti-coup protesters fill the main road during a rally in Mandalay, Myanmar, Feb. 22, 2021.

Ever since Myanmar’s military led a coup, demonstrators have flooded the streets of major cities. Now, the tense standoff between the military and the popular uprising has taken a deadly turn after the deaths of three protesters. And, the COVID-19 vaccine effort is in many ways like no other, even to organizations like UNICEF, which has been working on vaccine outreach for decades. Also, NASA’s latest exploration of Mars with the Perseverance rover sent audio back from the Red Planet for the very first time.