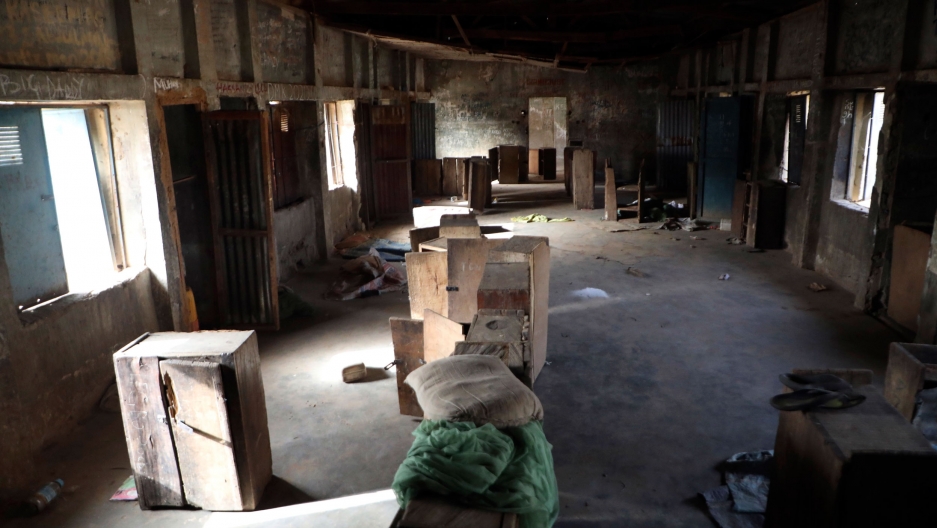 One student was killed Wednesday by gunmen wearing military uniforms in an attack on a boarding school in Nigeria’s north-central Niger State. Officials say at least 40 other schoolboys, teachers and staff were abducted in the raid.

Bello closed Niger State's schools and called on the federal government for assistance.

The gunmen chased the students across the school and shot one of them in the head as he tried to escape, the school's head prefect, Awal Abdulrahman, said.

"They attacked the first two houses (hostels) by the wall … They entered the house and chased students who tried to escape … They followed us shooting and in the process shot one of us in the head," he said.

A teacher at the school, Aliyu Isah, said the gunmen entered the school premises at about 1:30 a.m. dressed in military camouflage and forced him to lead them to the students' sleeping quarters where he and some students were tied up in pairs.

"They put me in front to lead them to the school hostel ... They told the students not to worry, that they were soldiers," he said, adding that some wore camouflage, army uniforms, and one wore a black coat.

"They gathered all the students outside but some ran into the bush," he said. "I was thinking I would not be able to escape but luckily enough, Allah gave me a way to escape from them and I assisted the students that we were tied together ... I ran toward the football field and they started shooting."

Nigerian President Muhammadu Buhari directed the armed forces and police to ensure the immediate and safe return of all the people abducted, presidential spokesman Garba Shehu said in a statement.

Buhari dispatched a team of security chiefs to coordinate the rescue operation and to meet with state officials, community leaders and parents and staff members of the college, according to Shehu.

"President Buhari has assured of the support of his administration to the armed forces in their brave struggle against terrorism and banditry and urged them to do all that can be done to bring an end to this saga and avoid such cowardly attacks on schools in the future," Shehu said.

"The secretary-general urges the Nigerian authorities to spare no efforts in rescuing those abducted and holding to account those responsible for this act," Dujarric said.

The incident comes two months after gunmen abducted more than 300 schoolboys from a secondary school in Kankara, in northwestern Nigeria's Katsina State. The students were later released.

On Sunday, a gunmen attacked a bus belonging to the Niger State Transport Authority and abducted at least 21 passengers.

On Tuesday, a statement from the office of state Commissioner of Information Mohammed Idris said 10 people had been freed from the kidnappers. Ransom was not paid to secure their release, he said.

No group has claimed responsibility for the college abductions in Kagara. Nigeria's jihadist rebels, Boko Haram, are opposed to western education and in the past have carried out mass abductions of schoolchildren as part of its violent campaign to establish an Islamic State in Nigeria.