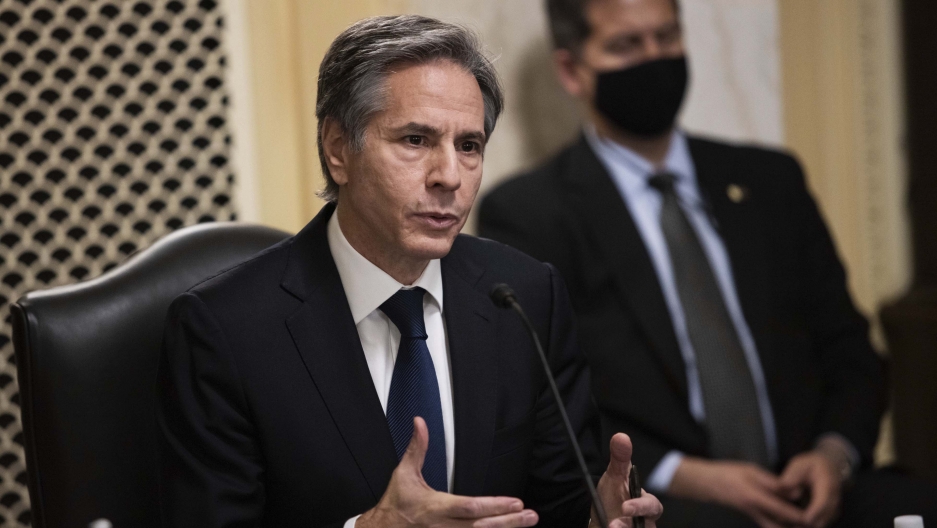 Editor's note: This interview was recorded as Blinken's hearing was underway.

The Senate is questioning some of Biden's top choices — including Antony Blinken, Biden's pick to lead the State Department.

“I will work with you to reinvigorate the Department of State investing in its greatest asset: the foreign service officers, civil servants, the locally employed staff who animate American diplomacy,” Blinken told the Senate Foreign Relations committee on Tuesday.

Over the years, Blinken has been a confidant to Biden.

Michael McFaul, who was the US ambassador to Russia from 2012 to 2014, worked closely with Blinken and Biden during his time with the Obama administration. He spoke with The World’s host Marco Werman about Blinken.

Related: John Brennan: Blinken will 'repair some of the damage' to US diplomacy

Marco Werman: What are your impressions of Antony Blinken and what he brings to the State Department?

Michael McFaul: Well, for President Biden, I cannot think of a better secretary of state. He is the perfect person for this administration. No. 1, he's worked with Sen. Biden, Vice President Biden, for decades. They don't have any differences of opinion. They share a similar worldview, and that means a lot in diplomacy, because every time Secretary Blinken, I hope that'll be the case, goes abroad, everyone will know that they are speaking directly to somebody that has direct access to the president.

If you were one of the senators questioning Blinken today, what would you press him on? Like what's a fair criticism that a lawmaker could bring today to the table?

I will want to know how they will turn aspiration into policy. If you look at what candidate Biden said about how we should bring values and morality back to diplomacy, that's something I applaud. But how do you do it in reality? What are you really going to do about democratic erosion in countries like China and Russia? And what are you really going to do when other strategic priorities come up against those?

Blinken will probably be asked about WestExec Advisors. That's a consulting firm he co-founded in Washington. Do you have any concerns about conflicts of interest or otherwise with WestExec?

I don't know the details of what work he did there. I know about the company and his colleagues there, but I think those are legitimate questions for sure. And I think strengthening barriers between consulting and government work is a good idea generally. I'm sure Mr. Blinken will be ready for those kinds of questions. But the specifics of what he did while out of government I don't know much about.

So just concretely, what are some of the major foreign policy issues that Blinken and his team are going to have to grapple with within the first 100 days of the Biden administration?

Well, Putin already handed them their first foreign policy crisis by arresting Mr. Navalny. That, tomorrow morning when they walk into the building, you know, at the White House — I remember that day from Jan. 21, 2009 — already the world will be watching how they react with that. No. 2, right in their inbox is making good on what they said they were going to do regarding some international commitments. For instance, the Paris climate accords, restarting negotiations for the Iran nuclear deal, and again, on the Russia portfolio, the new START Treaty, which expires literally in two or three weeks. And that's part of that job you don't get to choose and negotiate the sequence of things you have to do. There's usually a lot of external actors and deadlines are doing that for you. That'll be on the top of their list.

And then more broadly speaking, of course, the big challenges I think that face them, is one, how to be smarter about climate change, which I believe is the true essential threat to American security and the rest of the planet in the 21st century. And No. 2, how to deal and manage competition and engagement with China. And then third, I would just say, Tony — I should get used to calling him Secretary Blinken. Secretary Blinken needs to engage in the building and externally at the same time, to do one and not the other is a mistake. It's a tremendous demand on his time. But he's an energetic guy. He's witty and funny and very good and engaging in public diplomacy. And that diplomacy needs to be targeted both at his team to reinvigorate that team and then to get out there and to reinvigorate America's place in the world.