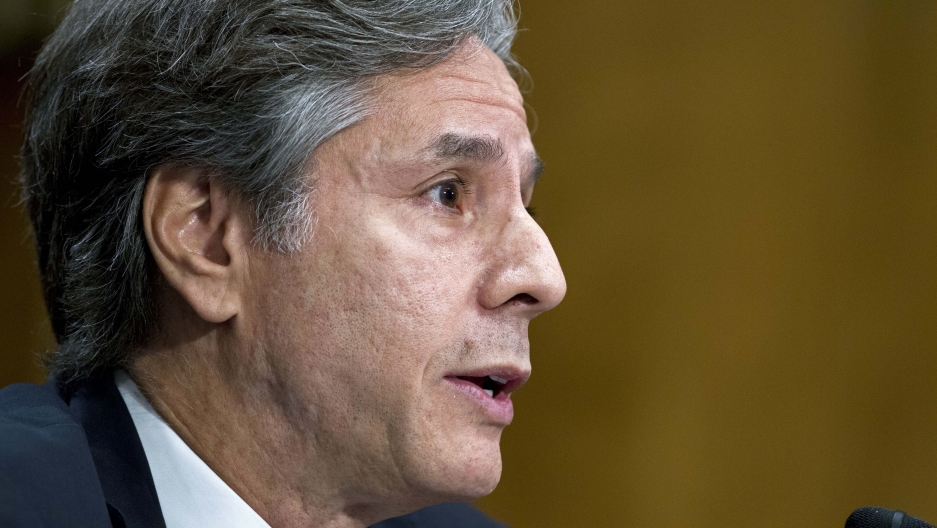 When it comes to America's future relationship with the rest of the world, we're starting to get a sense of the approach President-elect Joe Biden might take.

Biden is expected to announce some key Cabinet picks tomorrow. It's been widely reported that Biden has already selected Antony Blinken for the coveted post of US Secretary of State. Blinken has served in many roles, most recently as deputy secretary of state under former President Barack Obama.

Marco Werman: What does Tony Blinken bring to the job?

John Brennan: I think Tony has the deft touch needed. He is many respects a quintessential diplomat, although he was never working his way up through the Department of State as a foreign service officer. He has an approach and attitude and I think a vision also that is going to allow the United States to repair some of the damage that has been done. I think he's not going to cut corners. He really is going to spend time talking to United States' friends abroad. But also, I think he's going to deal very forthrightly with some of our adversaries that are out there. There's going to be a tough policy, I think, on China on a number of fronts as well as with Russia. So I think Tony brings together the knowledge, the experience, as well as the personal relationship with Joe Biden that is so, so important for a Secretary of State to have.

You've seen Blinken in all sorts of situations during your years working with President Obama. Can you take us to an incident or a moment where you saw kind of close up the person or policymaker Tony Blinken is?

I remember many instances in the White House Situation Room when Tony was really pushing to see if there can be ways for the United States to strengthen the relationship that we have with our partners and allies around the world, and particularly when it comes to issues such as dealing with Syria, the Syria problem, or dealing with the Islamic State or on the Iranian nuclear agreement. Tony played a very important role during the the negotiations that led up to the Iranian nuclear agreement. He worked very closely with foreign capitals, particularly in Europe, and the National Security Council members. And so he is somebody who I think is very activist but also has deep experience in terms of ensuring that the partnerships and alliances that the United States has forged over the last 25 years will endure and grow stronger.

Well, I think Tony would be, I think, accurately described as a centrist on national security issues. He's not an ideologue in terms of his views on these issues. He has a very practical and pragmatic approach to these challenges. So I think he felt it was important for us to maintain pressure on President Assad in the aftermath of the Arab Spring. But he also recognized that the growth of the Islamic State in Syria really caused the situation to become much more complex and was, I think, very temperate in terms of how he approached these issues and wanting to work with coalition partners to try to bring pressure to bear not just against Assad, but also against the Islamic State.

Also today, according to several outlets, Avril Haines is tipped to be Director of National Intelligence. What can you tell us about her?

She has a lot of experience. She worked also on the Hill. She has a law degree, her undergraduate degree is in physics. She's a pilot, a martial arts black belt. But she is steeped in the law. She was the National Security Council's legal counsel for several years when I first worked with her in the Obama administration. Then I selected her as my deputy at CIA because of her breadth of experience and her pragmatic approach to national security challenges. And then when she became the principal deputy national security adviser to the White House, I think she really demonstrated her ability to work very closely with others in that interagency environment.

Director Brennan, you know, perhaps better than anyone that the State Department and US intelligence agencies need to have a smooth working relationship. Blinken spoke on Intelligence Matters, a podcast hosted by former acting CIA director, Michael Morell.Blinken said, "A President Biden will not politicize intelligence, will insist that truth always be spoken to power, will demand that people bring their best analysis and best judgment and not in any way shape it to what they perceive to be the political desires or political interests of the incumbent."Blinken makes it sound pretty easy. What kind of lift do you think it'll be for Avril Haines at National Intelligence to depoliticize US intelligence?