As US President-elect Joe Biden prepares to take office, questions are growing about how and when his administration will unwind one of the Trump’s administration's most controversial immigration programs known as “Remain in Mexico.”

The program, created in January 2019 and officially called the Migration Protection Protocols (MPP), makes asylum-seekers wait in Mexico for the duration of their immigration court cases instead of waiting for decisions from within the US, which can take months or years to resolve. Of the hundreds of immigration policy restrictions the Trump administration has introduced, MPP has been among the most effective at keeping out asylum-seekers.

All told, more than 69,000 people have been turned back at different points along the US-Mexico border since the program took effect, according to Syracuse University’s Transactional Records Access Clearinghouse project. They include people with disabilities, pregnant women, and children, including infants.

On the campaign trail last year, Biden pledged to end the Remain in Mexico program on day one. During an October 2020 presidential debate with Trump, he denounced the program for making asylum-seekers sit in “squalor on the other side of the river.”

But the end of MPP may not come as soon as many had hoped. In late December, President-elect Biden walked back that promise when asked about the program during a press conference: “It will get done, and it will get done quickly,” he said. “But it's not going to be able to be done on day one — lift every restriction that exists and go back to what it was 20 years ago and all of a sudden find out we have a crisis on our hands that complicates what we were trying to do.”

Trump officials have said the program is meant to deter people from abusing US immigration laws — for example, by presenting false asylum claims. The program has also kept asylum-seekers in Mexico more hidden from view, and it has stopped the crowding of US Border Patrol holding cells. Images of crowded facilities have shocked many people in the United States in recent years.

With eight days left in his presidency, Trump visited south Texas on Tuesday to tour the border wall, one of his signature initiatives. 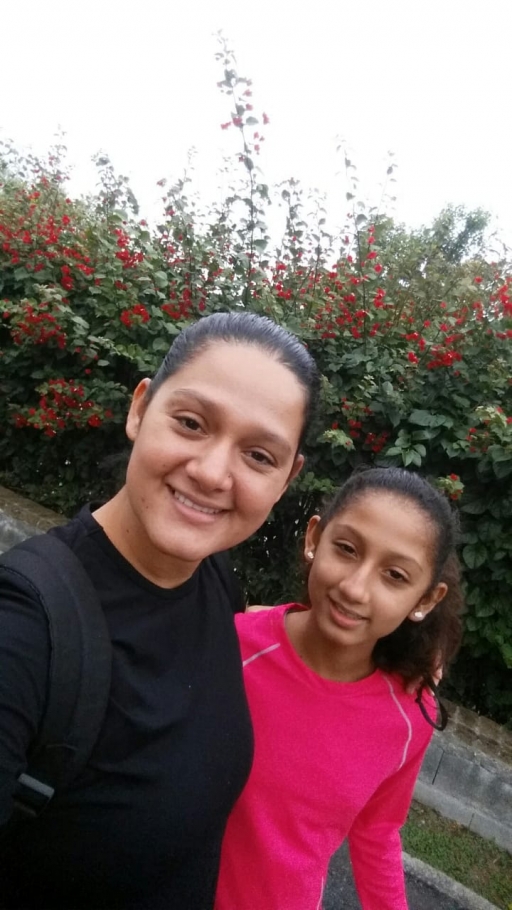 Imelda Lemus, left, and her daughter Nidia, asylum seekers from Guatemala, have stayed in a small pup tent in Matamoros, Mexico, for the last 15 months.

Imelda Lemus, who said that she was forced off her farm in Guatemala by an armed group, is one of thousands of asylum-seekers currently waiting out her asylum case on the Mexico side of the border, often in volunteer-supported, unofficial refugee camps. For more than 15 months, she has slept with her 12-year-old daughter, Nidia, in a small, green two-person pup tent.

“We can see the United States,” she said.

Lemus is in Matamoros, Mexico. Texas is across the Rio Grande river.

Other asylum-seekers have stayed for months in shelters, often run by charities or religious groups. Some have also managed to rent rooms.

Each situation brings its risks. It is hard to social distance during a pandemic in a crowded shelter. There are also the risks of being extorted for cash by organized criminal groups who control parts of Mexico, especially certain areas along the US-Mexico border.

Estuardo Cifuentes, an asylum-seeker from Guatemala, rented a small room in an area of Matamoros, a city where drug cartels have a heavy presence. Every Friday evening, for months, he said he was extorted by an armed individual or group.

“They came to my home armed and I paid them $75 a week,” Cifuentes said. “It’s frightening but that’s the reality here.”

Cifuentes, who said that he fled his country because he faced violence for being gay, has since found a safer area to live in Matamoros, thanks to help from a charity. In March, he has a scheduled hearing for his asylum case. He hopes Biden may speed things along, but he is also prepared to wait.

“I’ve waited this long,” Cifuentes said. “I will wait longer.”

He is also considering options, including seeking refuge in Europe, if it looks like he might have to wait in Mexico much longer.

A recent report by Human Rights Watch found that people placed in the MPP program faced “rape or attempted rape and other sexual assault, abduction for ransom, extortion, armed robbery, and other crimes committed against them.”

That violence extends to children. The report added: “Most of these kidnappings involved multiple victims and included at least 38 children.”

Before MPP was introduced, asylum-seekers were generally allowed to enter the US to wait out their asylum proceedings, although many still faced long waits since the Trump administration came into power. Once in the US, asylum-seekers have been held in immigrant detention facilities and, perhaps, may have a bond hearing. Or, they could be released from custody and be fitted with an ankle monitor that allows immigration officials to track their movements.

Some immigration policy experts said Biden might be hesitant to approve any quick changes, such as fast-tracking the adjudication of the MPP cases.

“We have to address future flows that might be triggered by these decisions. There is always a concern that an action will produce a reaction in migration flows,” said Cris Ramón, an independent US-Mexico policy analyst.

Charlene D’Cruz, an immigration lawyer working in Brownsville, Texas, understands this, but said there is no time to waste.

“Let them go to their families. ... Allowing them in would restore some of that humanity. That is completely and entirely possible.”

“Let them go to their families,” she said, referring to asylum-seekers who have relatives in the United States awaiting them. “Let’s take away this huge bottleneck at the border. These are not people just coming in that are not reported in the system. They've been fingerprinted. They've even gone to court several times. Allowing them in would restore some of that humanity. That is completely and entirely possible.”

In mid-December, Cruz said, she was on a call with advocates like herself and members of the Biden-Harris transition team working on immigration issues.

“I heard that, yes, they’re trying to reach out to people like me and other groups,” Cruz said. “But I didn’t hear any specifics and we are just days away from the transition.”

In late December, some asylum-seekers showed their frustration with the prolonged waits in Mexico. Dozens of people, many from Cuba, protested at a bridge that connects the Mexican city of Ciudad Juárez with El Paso, Texas. “We simply want to request, peacefully, asylum from within the US,” one Cuban man said.

US border officials in riot gear shut down the bridge.

Imelda Lemus said there are no easy days in her camp.

“It can be freezing at night,” she said. She gathers water in a bucket and relies on donated food and portable toilets.

“We’re all hoping for a miracle,” Lemus said.

Her daughter has not gone to school in over a year. However, there are efforts to fill in the gaps. Volunteers from Texas and Mexico hold classes. And at least one asylum-seeker, a woman camped near Lemus, is teaching English to her fellow migrants, hoping to give people a running start when — or if — they are allowed into the United States.