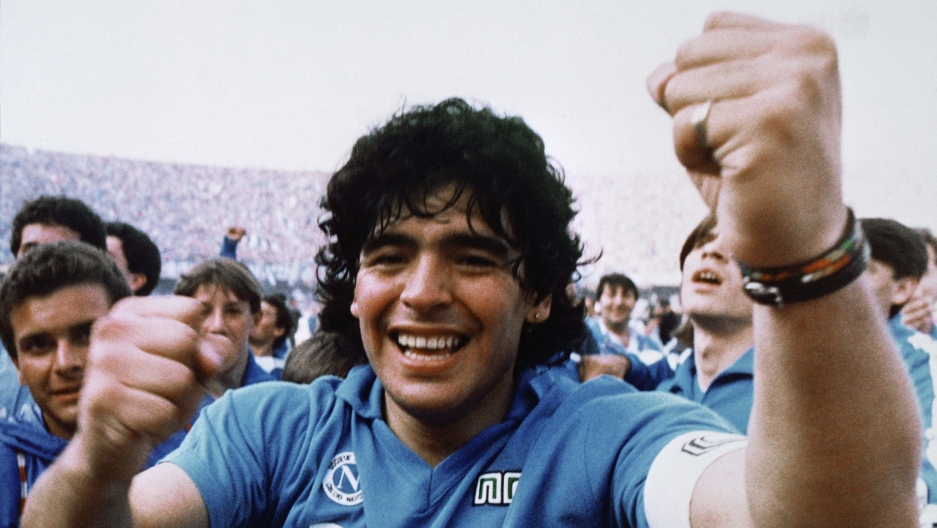 Many considered Maradona, who died after a heart attack on Nov. 25, at age 60, to be soccer’s greatest player of all time. He scored both goals within four minutes of each other as he led Argentina’s national team to knock England out of the 1986 World Cup. It was just four years after Argentina had lost to the United Kingdom in the war on the Falkland Islands, known as Las Islas Malvinas in Spanish, in which some 900 people were killed.

In his autobiography, Maradona said defeating the English team on the field had been a form of revenge for the war that took place 300 miles east of Argentina’s Atlantic coast.

“It was like beating a country, not just a soccer team.”

“It was like beating a country, not just a soccer team,” Maradona wrote. “In a way, we blamed the English players for everything that had happened, for all the pain the Argentinian people had experienced. I know it sounds crazy, but that’s really how we felt.”

Maradona led Argentina to win the 1986 World Cup and helped the SSC Napoli soccer club win two championships in Italy’s Series A league. And while he never ran or held public office, his success on the field, his larger-than-life personality and friendships with leftist leaders connected him to political life in Argentina, — and across Latin America — over more than three decades.

“Fútbol is practically our religion. It’s impossible to separate Argentina from fútbol,” said Patricio Eleisegui, a fan from Argentina who last week visited Mexico City’s Estadio Azteca, the site of the 1986 England game. “Maradona was a representation of all our dreams.” 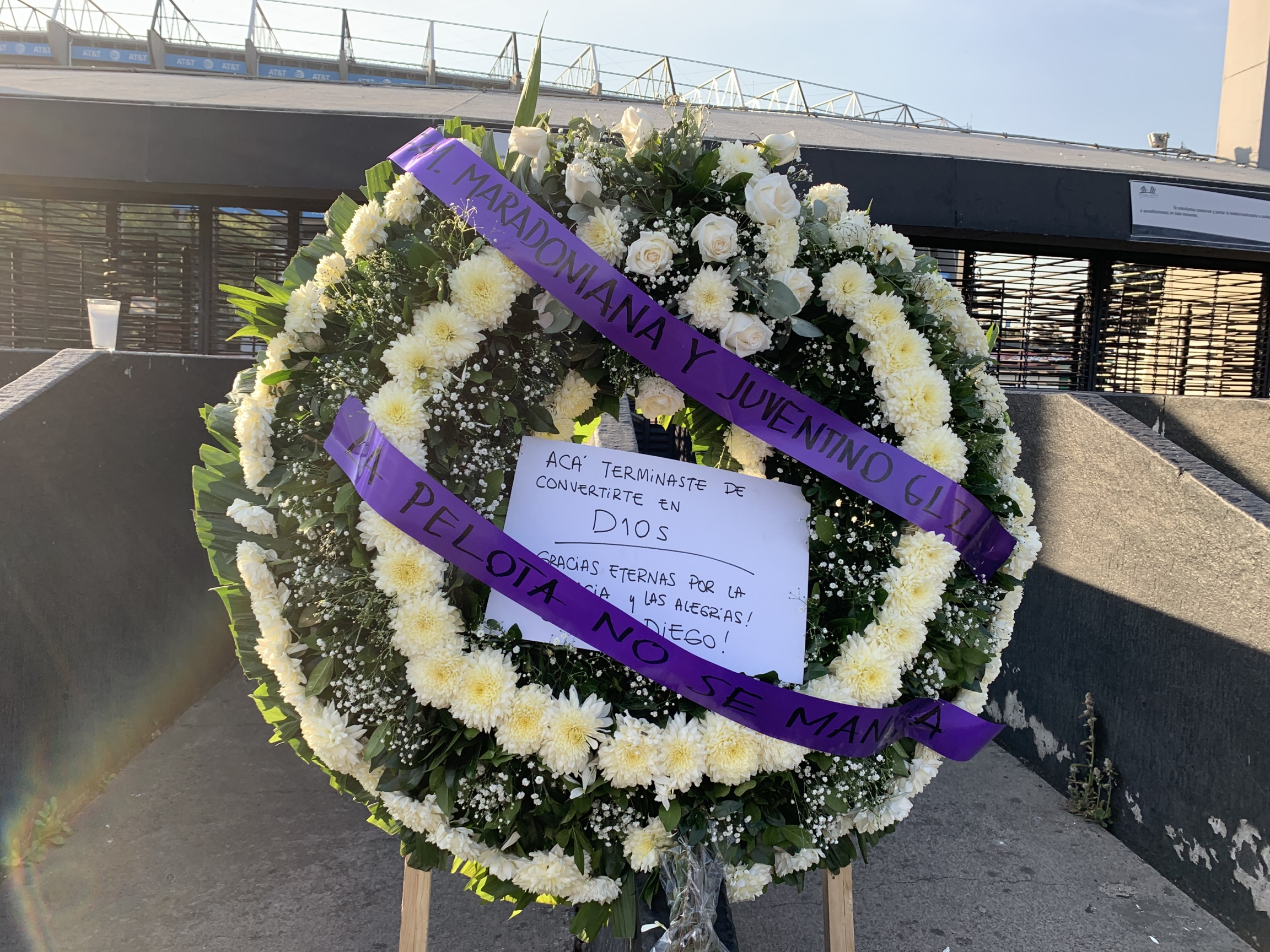 A wreath for Diego Maradona reading, "This is where you became God" sits outside Estadio Azteca, the stadium where Maradona led Argentina to defeat England in the 1986 World Cup, in Mexico City, Mexico, Nov. 26, 2020.

Maradona cultivated friendships with Argentina’s two most progressive presidents in recent memory: Nestor Kirchner, who died in 2010, and Cristina Kirchner, who attended Maradona’s wake last week. He also befriended many of Latin America’s leftist leaders, including Fidel Castro of Cuba, Hugo Chavez of Venezuela, and Evo Morales of Bolivia.

Maradona first met Castro a year after winning the World Cup. Maradona, his wife Claudia, and his infant daughter, Dalma, visited Castro at his office in front of Havana’s Revolution Square on July 28, 1987, which Maradona recounted in his autobiography. They talked about soccer, baseball and politics. 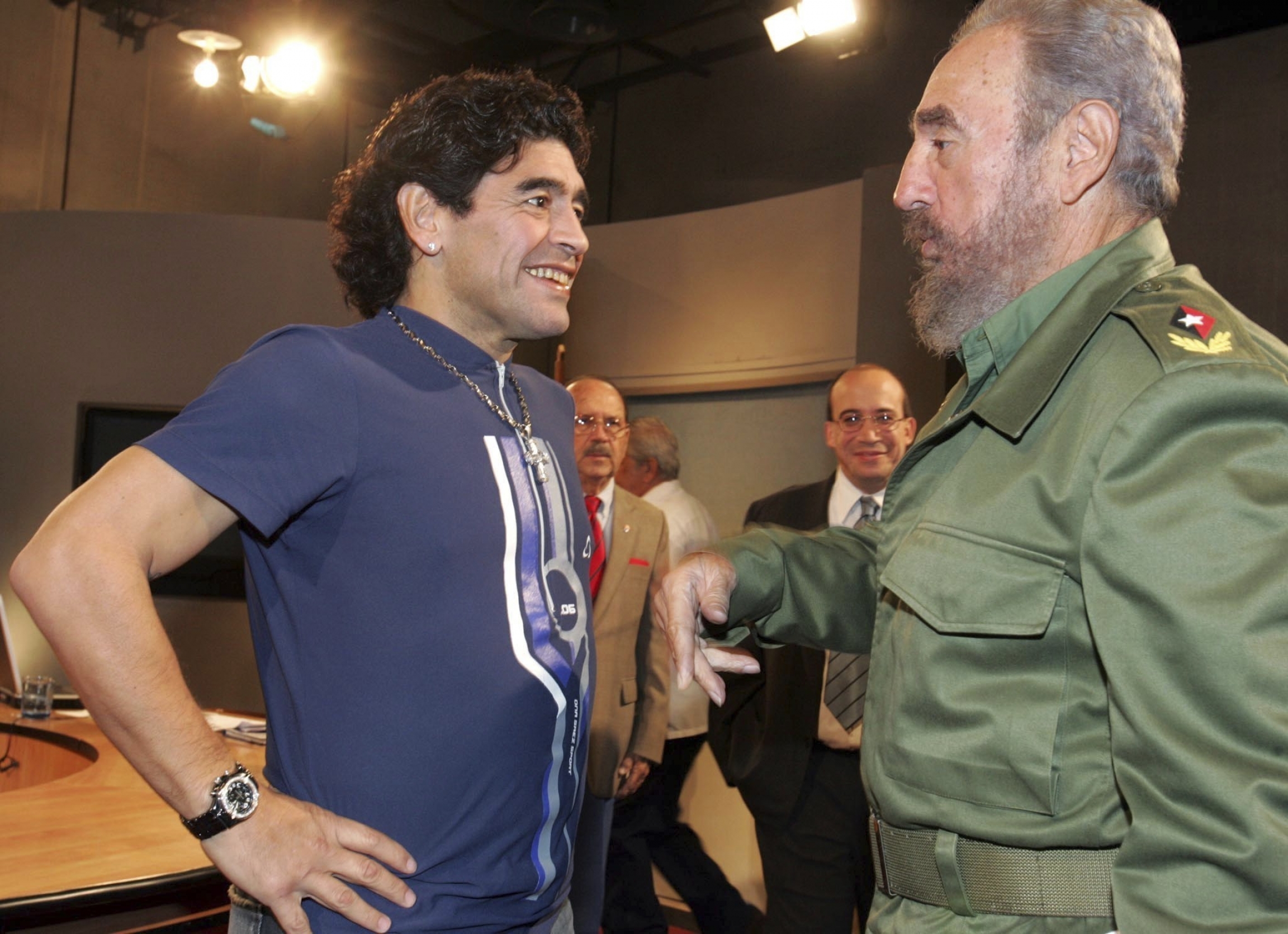 Years later, Maradona interviewed Castro on a TV show he hosted named "La Noche del 10," which loosely translates to “Tonight With the 10,” a reference to his jersey number. In the sit-down conversation, Maradona showed Castro a tattoo on his left calf of Castro’s face. They both lamented how, in their opinion, “Latin America could’ve been everything, and is instead nothing. “

Maradona’s political leanings may be explained by his personal background, said Rodolfo Colalongo, an Argentinian international relations professor who specializes in populist movements in Latin America.

Maradona grew up in a family of 10, living in a three-bedroom home in the working-class neighborhood of Villa Fiorito, in Buenos Aires province. He seemed to never forget where he came from.

“He had working-class pride,” Colalongo said. 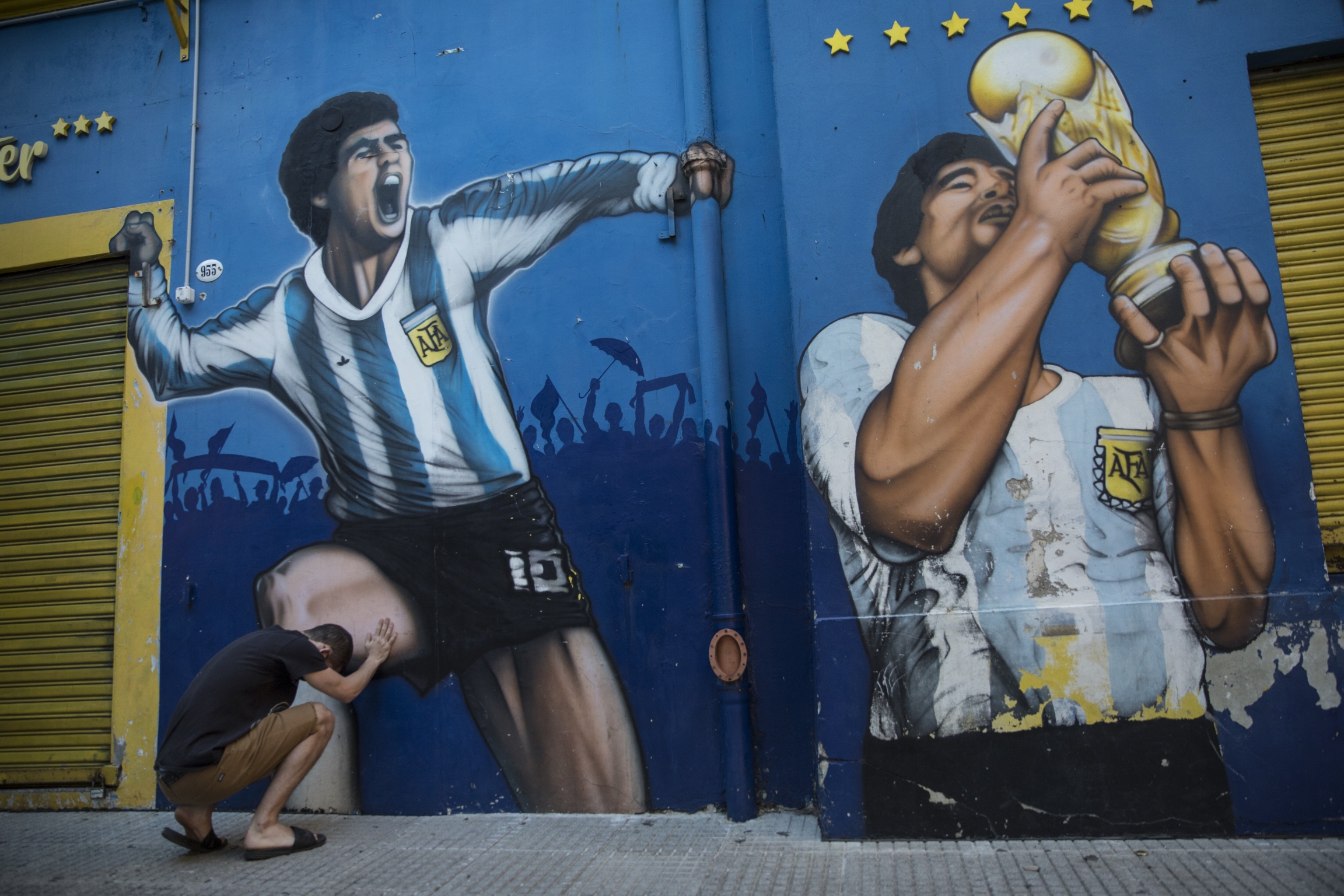 A man prays while touching a painting of Diego Maradona near the Boca Juniors stadium in Buenos Aires, Argentina, Nov. 27, 2020.

Many heads of state have paid tribute to Maradona. President Alberto Fernández of Argentina said the country would miss him forever. Former President Evo Morales of Bolivia said he had been a great defender of just causes. And former President Luiz Inácio Lula da Silva of Brazil said his commitment to Latin American sovereignty “marked our time.”

Maradona was often criticized in Argentina for his political views. And yet he was able to transcend politics, Colalongo said.

Hundreds of mourners chanted his name and gathered outside his wake on Nov. 26, in Argentina’s presidential house. In the crowd, a fan wearing the red and white jersey for Buenos Aires club team River Plate, and a fan wearing the gold and navy jersey for their archrival Boca Juniors, did the unthinkable: They cried together and they embraced.